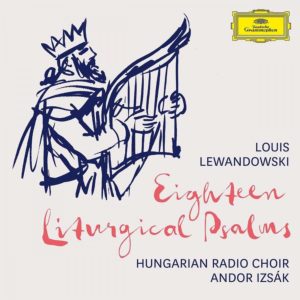 The appearance in Holocaust Memorial Week of an album of synagogue music on the Deutsche Grammophon label is a milestone of sorts, perhaps a first step towards a reckoning with the German company’s complicated past. Founded by Emile Berliner, an American Jew, DG was dominated in its heyday by an Austrian Nazi, Herbert von Karajan. One record of Jewish liturgies does not reconcile these extremes, but it does point towards a settling of memories.

The album’s content is archaic. The opening of the 3,000-seat Oranienburger Strasse synagogue in 1866 marked a high point of civic confidence among German Jews. Its first director of music, Louis Lewandowski, was awarded a royal title by the Prussian court and the liturgies he composed were adopted by Reform synagogues around the world; his use of organ made them anathema to Orthodox Jews.

Lewandowski, however, never burned his bridges to mainstream Judaism. Many of his Hebrew compositions became cornerstones of the Orthodox Friday-night service, most powerfully his soaring setting of verses from Psalm 92, ‘a righteous man will flourish like a palm’.

It is disappointing that all of the settings on this breakthrough album are sung in German by the Hungarian Radio Choir and accompanied by organ. There are some fine hymns here – notably psalms 25, 42 and 103 – and the singing is professional and enthusiastic but the culture they represent is dead as the dinosaur. The Nazis torched the Oranienburger Strasse synagogue and murdered Lewandaowski’s daughter. Restored in recent years, the synagogue has rejected Reform and now offers Conservative services in Hebrew.  DG needs to get with the rhythms on its Berlin doorstep. Its second cantorial album should be in Hebrew, the Ur-text of the Jews.