You are at:Home»Classical Music»Lebrecht’s Album of the Week: John Luther Adams – The become trilogy (cantaloupe)

Composers grow middle names to protect themselves against rivals of similar plumage. There were so many Bachs around in JS’s time that he was mostly known as Sebastian to ward off all the useless Johanns.

Here, too, the opera composer John Adams stamped ten-league boots on the domain and our Luther had to use his middle name to carve out a claim.

Pretty big terrain he has staked, too. Adams went to Alaska after college in the late 1970s to work in environmental protection. His music derives, he says, from ‘sustained listening to the subtle resonances of the northern soundscape.’ 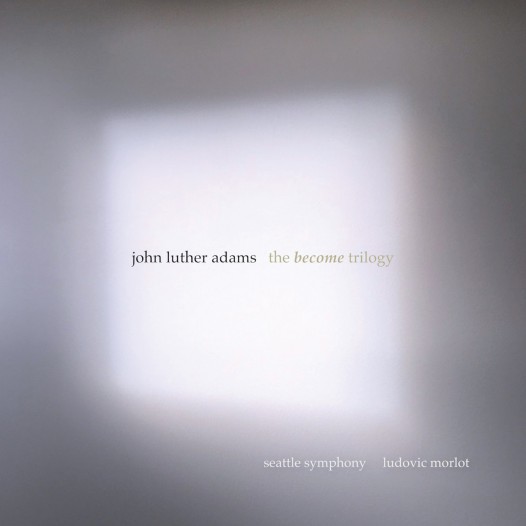 Taken up by the Seattle Symphony and conductor Ludovic Morlot, Become Ocean won him a Pulitzer Prize in 2014 and a Grammy the following year. The present box also contains Become Desert and Become River.

A very large orchestra plays something like the opening of Das Rheingold, only much louder and slower. If you’re expecting much to happen in the next 40 minutes, don’t. That’s not the point of this music. The composer wants us to listen to the ebbs and flows of day and night, four seasons, rain and snow, the pattering of wildlife, the rustling of leaves. You will either feel very, very relaxed by the middle of the piece or, like me, you will throw things at the wall and say some very bad words.

There is not much to distinguish between these three pieces on first listening and I don’t think I could survive a second. One of them has a choral backdrop. Adams has done his damnedest to describe the wide open spaces and I’m prepared to leave it at that. I’m a metropolitan person. If ever you see me in wide open space, you can call me Sebastian.