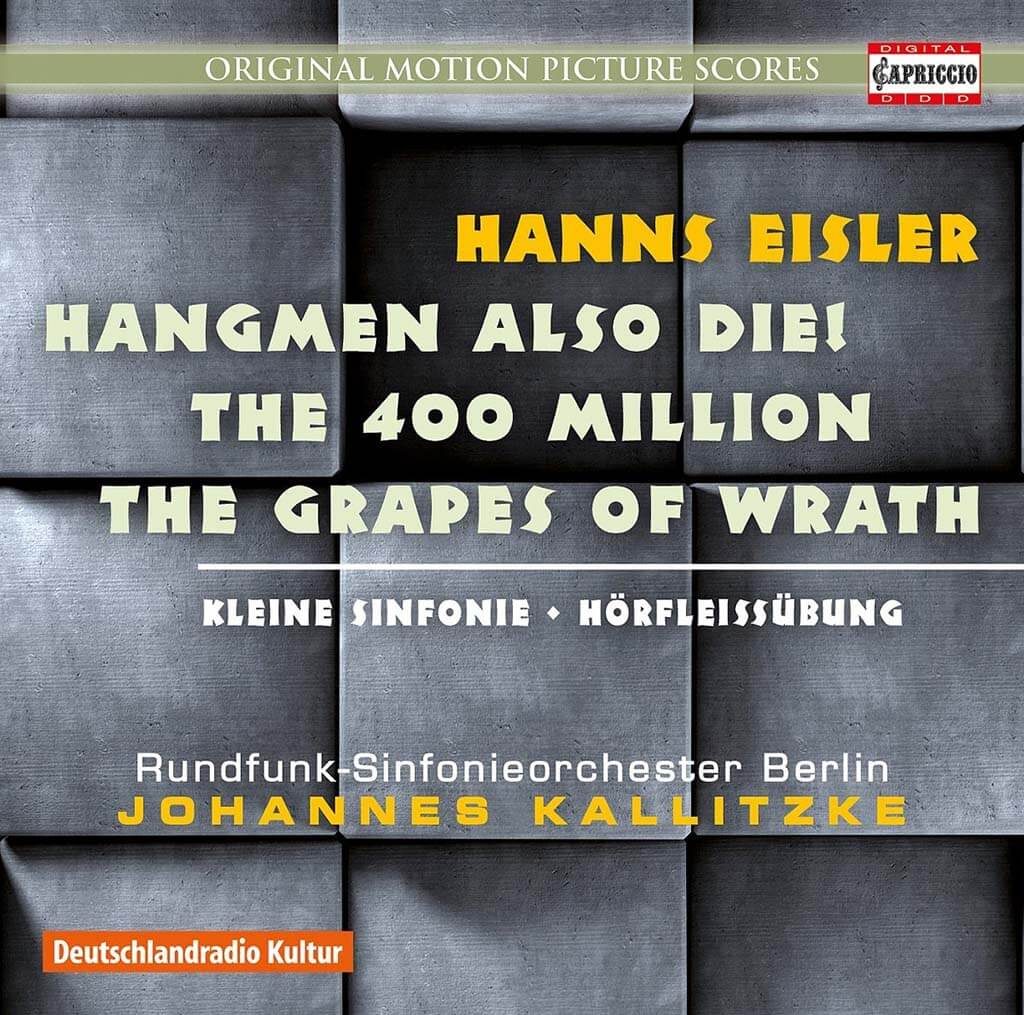 In the Hollywood walk of composing fame, Hanns Eisler is the forgotten man. Erich Korngold was the founding father, Waxman and Newman the busy bees, Rosza and Herrmann the atmosphere merchants. Eisler, who wrote the first book on composing for film and treated the craft as an art in its own right, is all but pushed off the sidewalk.

A Hitler refugee, Eisler landed in New York in 1938, taught for three years at the New School, then moved to Los Angeles to work with Bertolt Brecht. In 1948, he was forced to leave the US during Senator McCarthy’s witch-hunt, in which his ex-Communist sister testified against him. Settling in East Germany, where he wrote the national anthem, Eisler suffered greatly in the police state, dying in 1962.

Hangmen Also Die! was a film he worked on by Fritz Lang, based on a Brecht narrative on the assassination of the SS chief Reinhard Heydrich. Eisler’s score was nominated for a 1942 Oscar. The plot is well know. You don’t need to watch the film to know what’s going on, so expressive is the music, and so coherent. Eisler makes no concessions to directorial expectations. It is clear that this score was composed as a complete entity, leaving Lang to make decisions as to which parts he used.

There are two other film compositions on this illuminating album, beautifully played by the Berlin radio orchestra under Johannes Kalitzke’s direction. The Grapes of Wrath is an alternative score to John Steinbeck’s The Grapes of Wrath, which was being filmed at the time by John Ford with music by the malleable Alfred Newman. Eisler’s work, with a searing twelve-tone lament, is infinitely preferable.

And then there is a serialist score for Joris Ivens’s Maiost propaganda film, The 400 Million, again a work of uncompromising power. We really need to hear more Eisler.