Eighty years after his cruel death in a Nazi camp, the Czech composer Erwin Schulhoff is having something of a revival this month, with an opera staged in Prague and two sonatas coming out on record. Coming of age in the Roaring Twenties, Schulhoff soaked up every fleeting trend – jazz, serialism, ragtime, nightclubs – without losing touch with his core purpose. An embrace of Communism cost him supporters in Prague and, when the Germans marched in, landed him in a camp, where he died of tuberculosis, aged 48.

A sonata for solo violin, written in 1927 and numbered opus 13, is a dose of seriousness against the frivolity of the times, in a form that recalls Johann Sebastian Bach and, ever so faintly, Bela Bartok. It’s a terrific piece of trans-epochal dialogue with a degree of difficulty that requires exceptional virtuosity and concentration. 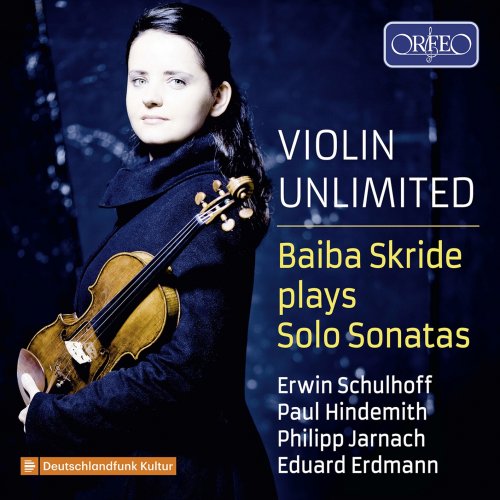 The way it is played by the Latvian Baiba Skride puts it way up among my Twenties favourites, somewhere between Wozzeck, Showboat and Jonny Spielt Auf. No compromises here from composer or performer. It’s a class act in glorious sound. Skride fills out the rest of her album with contemporary solo sonatas by Hindemith, Jarnach and Erdmann.

The Israeli soloist Itamar Zorman plays a violin-piano sonata by Schulhoff from the same year, 1927. It’s breezier and jazzier than the solo sonata and Zorman sounds a little too keen to give us a good time. He is not helped in his endeavour by a Lithuanian pianist who does not seem to be altogether on the same page.

But the sonata is well worth hearing, with a slow movement that reaches deep into the emotions and dark into concurrent social undercurrents. Zorman’s imaginative fillers include a 1917 sonata by the Croatian Dora Pejacevic, Heifetz cuts from a suite by Joseph Achron and a moody snooze by William Grant Still. Go for it.