The event has had the attendance of Santander’s Mayoress, Gema Igual; the Health Minister of the Cantabria Regional Government, Raúl Pesquera; the Director General of INAEM (National Stage Arts and Music Institute), Joan Francesc Marco; and the President of Fundación Albéniz and that of the Santander International Piano Competition, Paloma O’Shea.

At the beginning of the Gala, after the viewing a commemorative video of the 50 years of the Competition and the Paloma O’Shea’s words, the Finalist Awards have been delivered to Yu Nitahara (Japan), Matyáš Novák (Czech Republic) y Domonkos Csabay (Hungary).

Luis Olaya-González, Canon Product Printing and Business Services Director General, together with Notary Rafael Segura Báez, have presented the Canon Audience Award to Jaeden Izik-Dzurko. The Prize contains a series of high-end Canon products and has been decided with the voting of the attendees to the Final celebrated on 3 and 4 August at the Palacio de Festivales’ Sala Argenta.

Afterwards, the Jury’s President, Joaquín Achúcarro, has announced the winner of the Special Award to the Best Chamber Music Performer, Jaeden Izik-Dzurko, who will have the opportunity to offer a concert with the Cuarteto Casals, guest artists in this edition of the competition and one of the chamber groups of international reference.

Jaeden Izik-Dzurko (Canada, 23 years old), First Prize and Gold Medal. Wins 30,000 Euros, a tour of concerts around Spain and abroad, as well as the recording of a CD under the Naxos label.

The three award winners offered the audience a brief performance of thanks, and it was possible to hear from Tadokoro, Jean-Philippe Rameau with “Le rappel des oiseaux”; Zang chose ‘Precipitate’ from Sonata no. 7 by Sergei Prokofiev, and the first prize, Izik-Dzurko, by the composer Nikolai Médtner and his “Fairy Tales, op. 26” movements I. Allegretto freshly and II. Molto vivace.

Biographies of the winners: 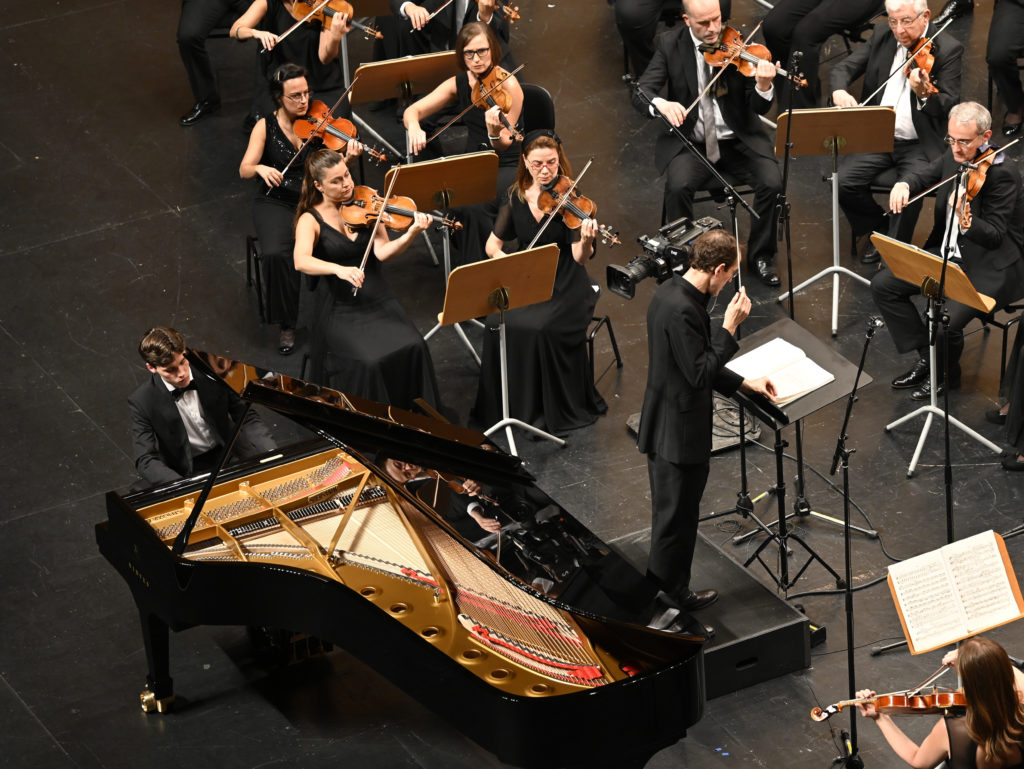 Born in Salmon Arm, British Columbia, Jaeden Izik-Dzurko is a Grand Prize winner at the Federation of Canadian Music Festivals’ National Competition, a winner of Juilliard’s Gina Bachauer Scholarship Competition, and most recently, he has received the first prize at the 67 Maria Canals Music Competition (Barcelona, Spain). Jaeden graduated from Juilliard School in 2021, completing a Bachelor of Music with Veda Kaplinsky. He is currently pursuing a Master’s of Music at the University of British Columbia with Corey Hamm. Jaeden has collaborated with local and international instrumentalists, vocalists and chamber ensembles, and has performed with the Calgary Philharmonic Orchestra, the Hilton Head Symphony Orchestra, the Okanagan Symphony Orchestra, the Kamloops Symphony and the Lions Gate Sinfonia. Jaeden’s recordings have been presented nationally on CBC Radio, and in 2019, his performance in Juilliard’s Paul Hall was broadcast live on WQXR in New York. Jaeden advocates for Canadian compositions and in 2017, in honour of Canada’s sesquicentennial, he presented a solo recital of works written solely by Canadian composers. 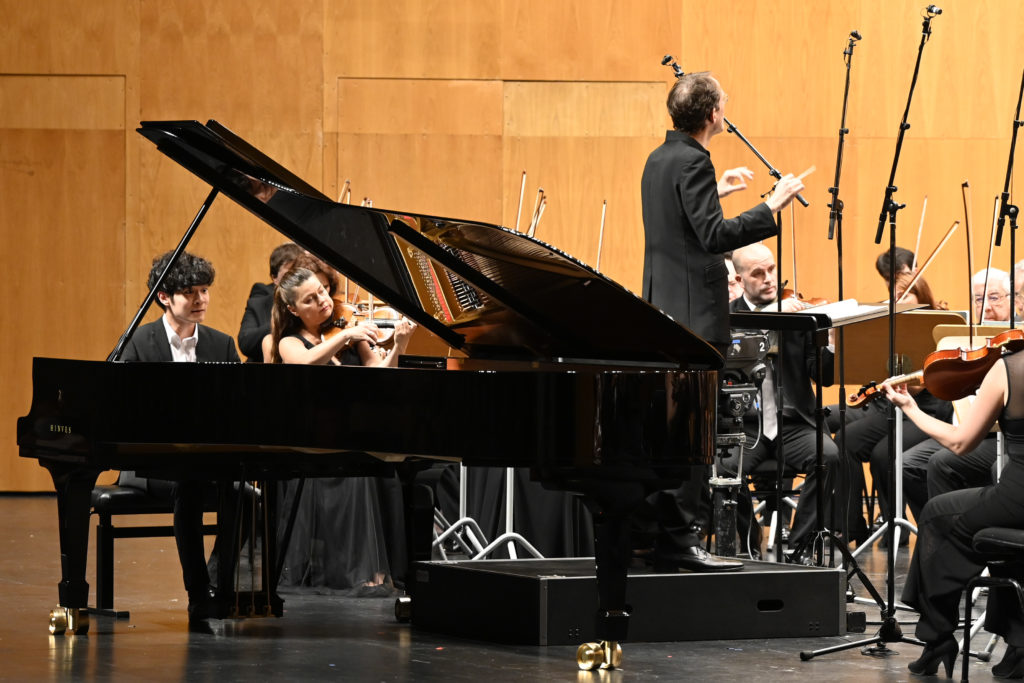 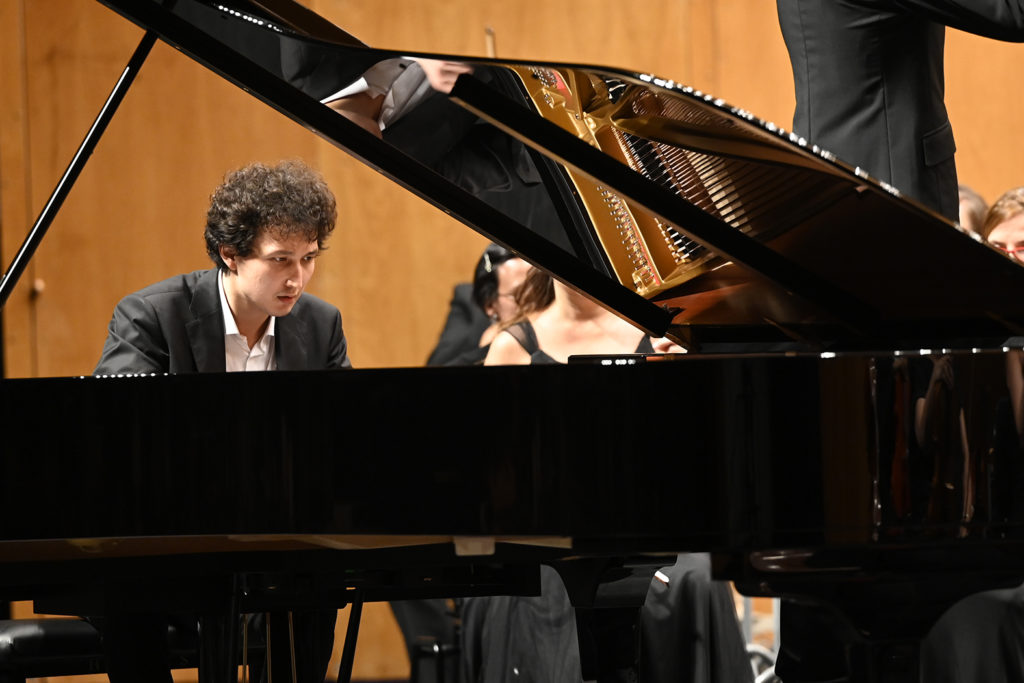 Marcel Tadokoro was born in Japan in 1993, to a Japanese father and a French mother. He started to play piano aged 8 in Japan. After obtaining a master’s degree from the Conservatoire National Supérieur de Musique et de Danse de Paris, he entered the École Normale de Musique de Paris, where he is currently a student under the direction of Rena Shereshevskaya. Marcel Tadokoro is the winner of several international competitions: “John Giordano” Jury Chairman Discretionary Award at the 2022 “Van Cliburn international piano competition” , first prize in Clavicologne (Aachen, Germany) and in Lagny-sur-Marne (France), second prize in Île-de-France international competition, third prize at Vera Lotar Shevchenko competition in Yekaterinburg, Russia, etc. He was selected as one of the 12 semi-finalists at the Queen Elisabeth Music Competition 2021, and as a finalist at the Montreal International Competition. He has also performed, either in recital or as chamber musician in France, Italy, Belgium, Russia, Japan etc.