Montreal, March 15, 2017 – A new line-up of plays and much more were revealed at Centaur Theatre’s 49th season launch this afternoon. Outgoing Artistic and Executive Director, Roy Surette, introduced his successor Shaw Festival’s Associate Director, Eda Holmes, at the well-attended gathering of media and theatre practitioners in the Ted T. Katz Family Trust Gallery in the midst of this season biggest snow storm.

“As I hand Centaur over to the wonderfully talented Eda Holmes,” said Roy Surette, “I’m reminded of how hands connect us, point us in new directions, welcome strangers and wave farewell. I move back to the West Coast in June, eager to return to my family and friends but sad to leave this dynamic city and its generous community of talented artists. It has been a marvellous ten years but I guarantee Centaur audiences that they are in for exciting times with Eda.”

Ms. Holmes hits the ground running as of August, heading the season leading up to Centaur’s 50th anniversary in 2019. In addition to that milestone, as of January 2018, major expansion renovations begin in Centaur Two, rendering Centaur One as the sole performance space for the latter half of the season. Ms. Holmes remarked that, “Roy’s passionate humanity has served Centaur so beautifully. I can’t wait to meet all of you on both sides of the footlights. We have lots to talk about as we look toward the next fifty years of great theatre at Centaur.”

The season opens with Shaun Smyth in an exhilarating, tour-de-force performance as hockey great, Theo Fleury, in Playing with Fire, followed by the hilarious spoof on Alfred Hitchcock’s spy thriller, The 39 Steps, featuring four actors enacting more than 100 roles. In the New Year, Centaur presents two new plays from Canadian children of immigrants: The Baklawa Recipe by Pascale Rafie is a touching story of two Lebanese women and their Canadian daughters caught between traditional and contemporary values, and Successions, by Michaela Di Cesare, a budding new voice from the Italian community whose latest script explores the rewards and complexities of family legacy. Sandwiched between them is The Daisy Theatre from renowned Canadian artist, Ronnie Burkett, and a cast of forty audacious and endearing puppets in an evening of spontaneous cabaret humour and song. The season ends with an encore presentation of Michel Tremblay’s seminal play, Hosanna, the first professional English production in M. Tremblay’s home town, produced by Tableau D’Hôte Theatre, and a quadruple winner at the 2015 Montreal English Theatre Awards.

Centaur’s popular ancillary events return, with Urban Tales and the Wildside Festival entering their second and third decades respectively. The Saturday Morning Children’s Series fosters a love of theatre in the younger generation while the free Sunday Chat-Ups and Talk-Backs continue to enrich the theatre-going experience for all. 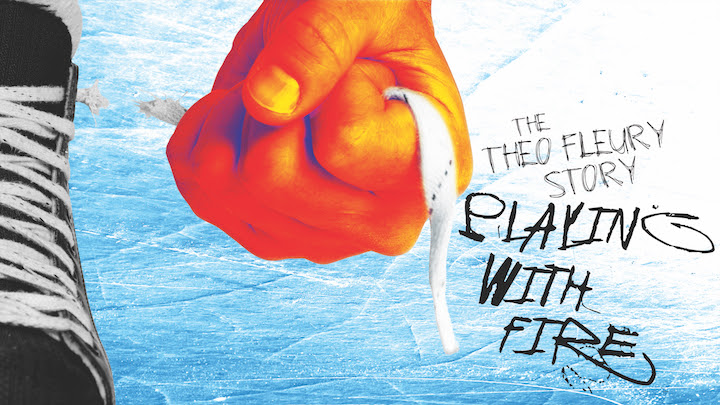 The epic, reckless and inspirational life story of a hockey legend.

“Oh the good ol’ hockey game
is the best game you can name.”
– Stompin’ Tom Connors

You don’t need to know anything about hockey to love the exhilarating, heart-breaking, and triumphant true story of courageous Canadian hockey legend, Theoren Fleury. With the odds stacked against him, considered too short to play hockey, the pint-sized Métis kid with huge ambitions from Russel, Manitoba, overcame crushing obstacles to become an NHL All-Star, win the Stanley Cup, and represent Canada twice at the Olympic Games where he earned a Gold medal. A top scoring hit performed entirely on ice!

“You want to stand and cheer. And, at the end of this electrifying evening of theatre that plays with your emotions as Fleury used to play with the puck – you will probably do just that.” – Edmonton Sun

“You might come for the hockey history, or to see ‘a sports superstar behaving very, very badly’. But Playing with Fire scores much, much more.” – CBC Winnipeg 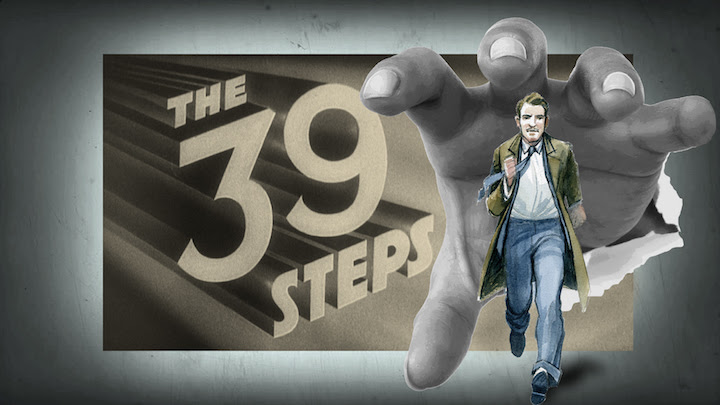 Spies, murder and mayhem … oh my!

Richard Hannay, a suspected murderer, is caught in a web of international intrigue and suspense in this rollicking, edge-or-your-seat thriller made famous by the classic Hitchcock film. Handcuffed to a beautiful woman convinced of his guilt, the accidental action hero must stay one step ahead of Scotland Yard to prove his innocence and stop a lethal ring of spies. Lives hang in the balance, often literally, in this theatrical mission-quite-impossible, packed with hilarious film noire allusions. The entire escapade is performed by four actors, switching characters at lightning speed for maximum spoof effect.

“Theater at its finest […] absurdly enjoyable! This gleefully theatrical riff on Hitchcock’s film is fast and frothy.” – New York Times

“A dizzy theatrical game played with wit and versatility.” – The Times (UK) 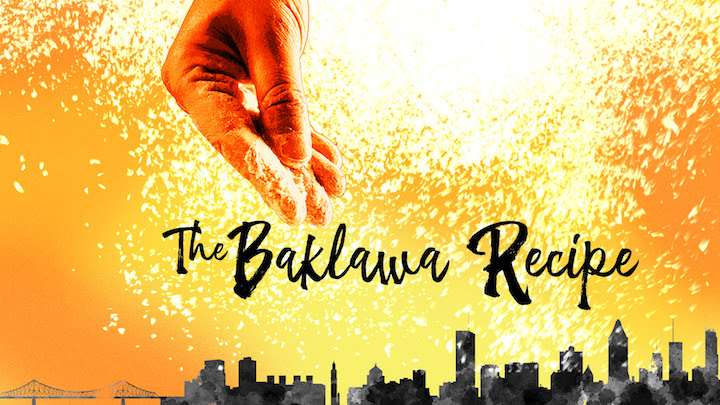 A loving portrait of women reaching out to each other for comfort,
understanding and friendship.

1960s Quebec juxtaposed with contemporary society seen through the immigrant lens. Two young Lebanese women emigrate from their homeland to start new lives in Ville-St-Laurent. Forever bound when they marry two Canada-born Lebanese brothers, they struggle to integrate the traditional female roles of their close-knit community with the emerging face of the independent woman of the feminist movement. The mothers and their first-generation Canadian daughters personify the challenges of living between two worlds: one shaped by their cultural origins and the other by their adopted home. Two generations of women, their joys and complexities, as warm and sweet as Baklawa. From the playwright of the beloved children’s play, Charlotte Sicotte

“It is a story for everyone. In its specificity it is universal. Everyone will see a part of their family history and a part of themselves.” – Emma Tibaldo, Artistic & Executive Director, Playwrights’ Workshop Montreal

“The best way to celebrate Montreal’s birthday is to celebrate the strength and diversity of its citizens.” – Eda Holmes 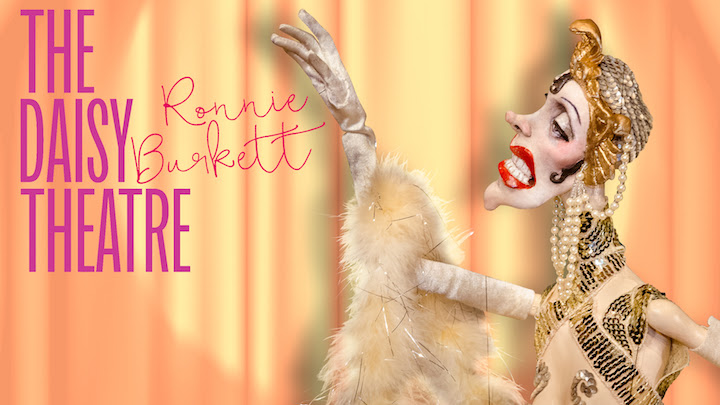 IMPORTANT NOTE: Children under 16 will not be admitted.

“Some of the funniest, most brilliant theatre you’ll ever be lucky enough to see” – The Province, Vancouver

“It’s time to trot out all the superlatives. Fantastic. Brilliant. Hilarious. Amazing. Transfixing. Everyone loves naughty (and getting naughtier by the year) Ronnie Burkett.” – Vancouver Courier 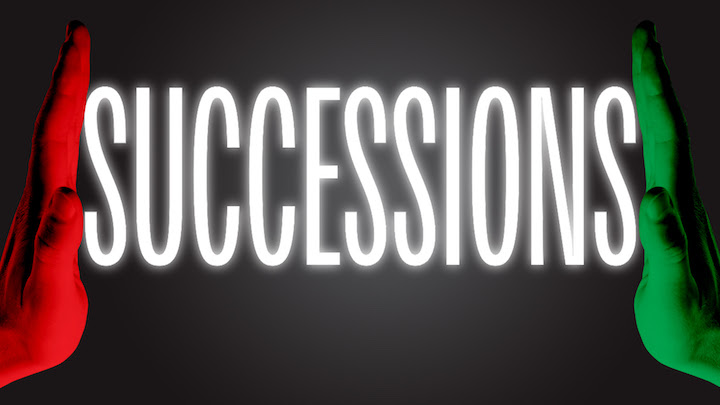 A bright new comedy from a fresh Canadian-Italian voice From the award-winning creator of the hit comedy, 8 Ways My Mother Was Conceived, and Wildside Festival favourite, In Search of Mrs. Pirandello, comes a new family saga about two second generation Italian-Canadian brothers: an uptight, upwardly mobile lawyer running for office and his kid brother, who’d rather party than work. After the sudden death of their parents, they must decide whether to hold on to the family home, a rundown relic stuffed to the gills with memories, secrets and a lifetime of worthless junk. To move forward, they need to let go but at what cost to their relationship?   “All happy families are alike; each unhappy family is unhappy
in its own way.”– Anna Karenina by Leo Tolstoy

“It is always thrilling to discover a fresh, Canadian playwright with new, insightful perspectives on contemporary living; Michaela is definitely one such exciting voice.” – Roy Surette 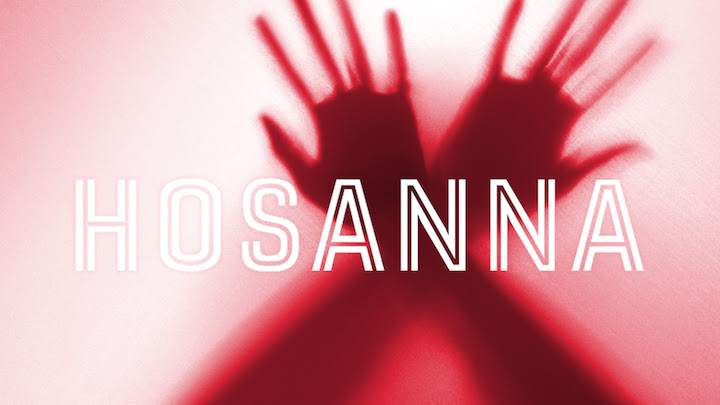 Passionate, fierce, and vulnerable … when the spotlight fades, who is Hosanna?

The 2015 quadruple META-winning production by Montreal’s Tableau D’Hôte Theatre, and the first ever professional English production of Michel Tremblay’s seminal success in the playwright’s home town. Hosanna, a.k.a. Claude Lemieux, returns home in tears after being cruelly betrayed by her lover and friends at a Halloween party. Over the course of one tumultuous evening that volleys dizzily between catty quips and gut-wrenching honesty, the Cleopatra impersonator comes face to face with her deepest fears and insecurities. In a world that forced her to wear a mask to fit in, will the need for love, to be seen for who she truly is, outweigh the dread of shedding her illusions?

“Eloi ArchamBaudoin [Hosanna] is flawless as the title character. His complete embodiment of this complex and captivating role shows elements of genius.”– CULT Mtl.

If you prefer the Grinch to Santa and brandy egg nog to milk and cookies, Centaur has the perfect holiday treat for you! Outrageous and original tales told by some of Montreal’s best theatrical raconteurs in a fun and intimate cabaret setting. As Montreal’s 375th birthday candles flicker and fade, this year’s satirical storytelling is all about new arrivals’ first holiday season in our belle ville!

The hottest two weeks in winter

The Wildside Festival is Centaur’s wide open invitation to the audacious and curious. A no-holds-barred blast-off into the New Year with cutting edge indie theatre that includes the winner of the 2017 Best of the Fringe Festival and free Offside post-show entertainment.

THE SATURDAY MORNING CHILDREN’S SERIES Foster a love of theatre in the next generation! Some of Montreal’s finest theatre artists create cherished memories for kids from 4 to 12 years old. It’s fun, affordable family entertainment to awaken young imaginations and introduce children to the enchanting world of live performance.

With 6, 5 or 4-play packages, season subscribers save up to 25% and enjoy many advantages, including guaranteed seats to sell-out shows, free exchange dates as late as 2 hours before a performance, discounts on the Wildside pass and tickets to Centaur shows outside the mainstage productions, and the much sought-after subscriber perk card, with discounts to local events and restaurants.

Current subscribers have until May 5, 2017 to renew their same reserved seats or choose new ones.   STUDENT SUBSCRIPTIONS Centaur re-introduces the Buy-One-Get-One-Free Student 6-Play Subscription, which includes two Bring-a-Friend Passes. That’s less than $10 per show! The perfect starter kit for future theatre-lovers.

Seniors, students, under-30s and groups of 20 or more benefit from substantial savings on tickets.   ABOUT CENTAUR THEATRE COMPANY  At the forefront of Montreal’s cultural scene, Centaur Theatre Company, with its mainstage series and various ancillary programs, continues to offer a diversified repertoire that ranges from world class blockbuster commercial theatre to showcasing local emerging, cutting-edge works. For more information, visit www.centaurtheatre.com or call the Centaur Theatre Box Office at 514-288-3161.