As mentioned at the onset of this section, Montreal’s jazz festival is not the only ­institution marking a banner year. So does the ECM label, hence a five-concert showcase of its artists integrated into its ­program. With a catalogue now exceeding 1,600 titles and a slate of about 40 new titles for this year alone, the festival’s programmers certainly had an embarrassment of riches to choose from. 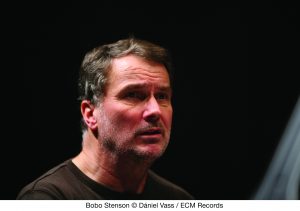 The five Montreal concerts will involve the piano in all but one. Aside from the two-piano affair, there will be a solo recital by Swedish veteran Bobo Stenson (July 5, 6 p.m.) and a trio outing by his youthful Norwegian counterpart Tord Gustavsen (June 28, 6 p.m.). Of the same generation as the latter, Nik Bärtsch from Switzerland returns to the city with his stalwart quartet Ronin (July 5, 10:30 p.m.). As odd man out, so to speak, bassist Larry Grenadier, long-time sideman of pianist Brad Mehldau, performs solo (July 4, 10:30 p.m.), on the heels of The Gleaner, his recently ­released side for the label.

Of all guests, Stenson stands out in terms of years of service, his association stretching back to 1971, a year ahead of Keith Jarret’s debut (Facing You). With Norwegian saxophonist Jan Garbarek, these keyboardists constitute something of the label’s Holy Trinity. Without a doubt, ECM is indebted to those two Scandinavians for shaping an important part of its ­musical identity, known as the Nordic Sound. Over time, this musical style has drawn hordes of new practitioners, Gustavsen being a prime example. His music, unhurried in pace and introspective in tone, thrives on its open spaces, with few hairpin turns or flurries of filigrees. Farther removed from the jazz idiom is the sonic world of Bärtsch, his pieces built on repetitive cells that offer little if any room for individual initiative or soloistic input. By the looks of it, the series will be well within the label’s more subdued aesthetic, as some would like to call it, yet this is only one part of the ECM story.

On March 8, International Women’s Day, the TD Ottawa Jazzfest announced its intention to strive for gender equity in its programming. Of the 45 concerts unveiled at that date, women receive top billing in 21 of them. Executive producer Catherine O’Grady stated her intention of turning this initiative into a explicit policy for the next few years at least. 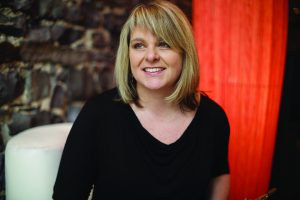 In so doing, Ottawa has thrown its support behind a British-based lobby group, Keychange, which has approached cultural events for the last two years with a view of achieving parity by 2022. At current writing, 15 Canadian festivals have committed themselves to the cause.

For complete program, go to: www.ottawajazzfestival.com