During the Swing Era, jazz took over the hit parade and laid its claim as the popular music of the time. From the mid-1930s into the war years, big bands were calling the tune(s), one hit after the next. But the surge of Rhythm & Blues to the top of the charts and the onslaught of Rock and Roll in the ensuing decade would soon dislodge those bands, none of whom seemed capable of keeping step with the new lean and mean grooves. Some went so far as to compare big bands to dinosaurs, as if their extinction were certain. As dire as the prediction was, it did not come to pass.

Far from being wiped off the map, big bands simply changed address. From the dance halls, nightclubs and lounges of yore, jazz ­orchestras, as they prefer to be called nowadays, have moved into more hallowed halls. Music schools for one saw their potential, and admitted them in their confines after having snubbed the music for so long. Professional orchestras have also emerged, some of which are supported by well-endowed private institutions (New York’s Lincoln Center), others by the state itself (Orchestre national de Jazz in France and Germany’s jazz radio orchestras).

In Quebec, there is nothing comparable to the aforementioned private and public sector models, leaving the schools as the main locus for big-band activity. To ensure the existence of a large musical organization clearly requires considerable financial means, but there is more to it than just throwing money its way. First and foremost, it requires passion and dedication, an element of risk-taking, and being sharp enough to make the most of a lucky break or two.

While not in the same financial league as its French counterpart, the Orchestre National de jazz de Montréal has held its own pretty well since its inception in 2012, the qualities ­mentioned above clearly contributing to its survival. From one season to the next, it ­manages to draw new partners to the cause. In the fall of 2018, the Conservatoire granted it a residency to stage most of its concerts. As of last fall, McGill University has extended it a second residency that continues into the new year, this one for rehearsal purposes.

Over the next six months, the orchestra has four performances on tap, the last of these in the suburb of Beloeil. The first three will be staged at the Cinquième salle of Place des Arts, its new home till year’s end, the outcome of yet another residency.

For the second half of its seventh season, ONJ will dip into the past on each occasion. The opener, falling on the extra day of the year (Feb. 29), will be tapping into the jazzy roots of R & B, with guest singer Marie-Christine Depestre providing the added soul to the proceedings. With two albums to her credit and a third in ­the works, this Gregory Charles discovery has ­garnered several credits as a background ­vocalist behind the likes of DJ Champion, ­Lionel Ritchie, Corey Hart, even Stevie ­Wonder. The musical fare that evening will include many a Motown evergreen, including I Heard it Through the Grapevine and Ain’t No Mountain High Enough. Trombonist and composer in chief Jean-Nicolas Trottier will take on double duties, as conductor and arranger. 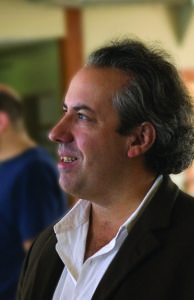 As far as titles go, Les multiples visages de Jean Derome says it all. The April 11 date will cast this Montreal musical polymath front and centre. The first half will see the orchestra ­premiere a commissioned work by its guest, while the second will focus on pieces by Duke Ellington and Billy Strayhorn, two of Derome’s favourite tunesmiths. Not only will he blow his horns with the band, but display some vocal ­talent, too. More on this concert, and the ­premiere, in the next installment of this column.

If one musician is an old hand at big band music, it has to be Ron Di Lauro. As straw boss for the late Vic Vogel, this trumpeter is not only in his element within a band as a section player and soloist, but also in front of it, a case in point being his position as director of the Université de Montréal Big Band. In the last couple of years he has led the ONJ, directing it through musical programs of historical interest. On May 11, he too will revisit more Duke Ellington classics, ­including one of the maestro’s early extended works, Black, Brown & Beige. The version played that night will be the original from 1943 rather than the remake of 15 years later, featuring the majestic Mahalia Jackson. Vocalist Ranee Lee will be on hand, rekindling some of the magic of her illustrious predecessor. For its out-of-town finale on June 13, Di Lauro will reprise its tribute to Basie program, first heard at the Orford Festival last summer.