You are at:Home»La Scena Online»CD and Book Reviews»Off the Record: Four Pianos All in a Row 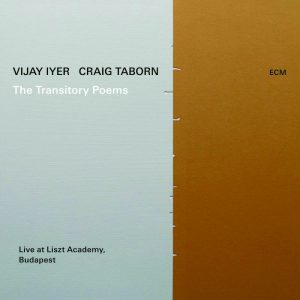 Nine years after their first concert ­performance, duo keyboardists Vijay Iyer and Craig Taborn have finally released their recording debut. Just shy of 75 minutes, the album captures a performance staged in Budapest a little over a year ago. Eight tracks flow almost seamlessly, the pauses between them so short that the listener barely has the time to take a single breath. The players never lose focus, as they are so in tune with each other and so able to compose on the spur of the moment. Blessed as they are with surefire technique, they never try to outdo each other in their improvisations, nor do they indulge in fireworks or jousting matches, dangers that even seasoned players can fall prey to in such a context. Instead, the music has an aura of solemnity, a mood dictated in no small part by the passing of some kindred spirits. Sensorium, for one, is dedicated to Jack Whitten, a visual artist, whereas Clear Monolith and When Kabuya Dances are tributes to the African-American pianists Muhal Richard Abrams and Geri Allen; Luminous Brewing, finally, is an homage to Cecil ­Taylor, who died just weeks after this event. In an era when there is so much fast-food music, it’s almost a luxury for artists to ­create works of substance at a pace of their own choosing. This is one record that deserves a close listen or two, if not more. 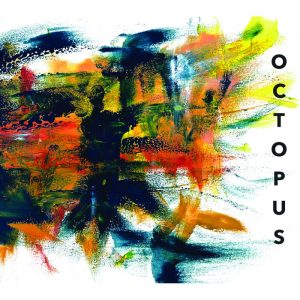 It can never be emphasized enough: Instruments don’t make music, people do. Case in point, the following recording: two pianists, one of them heard on the previous album (Taborn), but oh so different are the results. Hailing from Canada but now well ensconced in the New York scene, Kris Davis is the sparring partner in this hourlong side. The collaboration is an outgrowth of her previous album Duopoly, for which she invited a host of partners, Taborn among them, each to play two duos. On the heels of that initial encounter, a 12-date concert tour in the States ensued in the fall of 2016. Six tracks were culled from that whole tour for this release, issued late last year. Unlike the ECM duo, the players work with composed materials in this set, Davis is credited for two pieces, Taborn for three (one of his paired with Carla Bley’s Singing me Softly the Blues), and, as closer, Sun Ra’s Love in Outer Space. If Iyer and Taborn channel their music with deliberation, the pair here gives the impression of overtly prodding and challenging each other, with more heated exchanges occurring, and more dynamic thrust (the disc’s brighter sound magnifying the power of the music). Far from ­impeding the proceedings, the compositions provide extra fuel to the ­musicians, Taborn noting in the interview for the lead story the greater ­liberties they took with the materials during the tour. This recording, and the one previous, are both sterling examples of how much interesting music can arise from fluent improvisers on the same instrument.