A keen observer of the new music scene in Montreal, Réjean Beaucage has taken to the task of demystifying that slightly strange bird known as musique actuelle. His book on this subject, released last February, is but a logical extension of his first one of eight years ago that recounted the history of the Société de musique contemporaine du Québec. In close to 200 pages, he embraces a good half a century of musical activity, its alpha point in 1961 with the Semaine de musique actuelle and further manifestations such as the FIMAV, founded in 1983 and still around to this day, the one-time Montreal Musique Actuelle event of 1990 and Montréal Nouvelles Musiques, staged bi-annually since Y2K. Given his expertise in the field, Beaucage has collated much published material, including a whole section reprising several of his FIMAV reviews, the narrative also parsed with quotes gleaned from personal interviews, albeit somewhat lacking in original material on his part. In the last pages, the author extends the geographical scope by talking about other events beyond its immediate borders here in Quebec,  thus apprising us of the fact that the phenomenon is not merely local anymore, but international. As for a definition of musique actuelle, he identifies two main components: free improvisation and liberal borrowings from other genres ranging from rock to classical and jazz, in sum an essentially post-modernist music. While the musique actuelle audience is small, yet very devoted to it, the author had a wider one in mind, hence his care to contextualize things for the uninitiated, including proper introductions of each new character as they appear in the narrative. –  Marc Chénard

Interview with the author (in French) 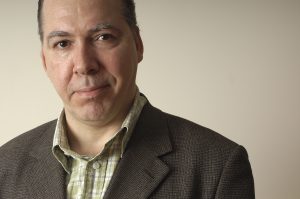