Eighty years young as of this last September, trumpeter Guido Basso returns to his native Montreal from his Toronto home for an evening dedicated to him. On November 4 he will perform in the neighbourhood of his youth, Little Italy, as an honoured guest of his cultural community. He will appear at the Casa d’Italia on Jean-Talon Street (see sidebar below) where he will be inducted into a newly created Hall of Fame for contributors of distinction and native sons of the city. The ceremonies — to take place in the recently refurbished concert hall — will include a concert in which he will be the guest soloist of the twelve-piece Altsys Jazz Orchestra, co-led by brassman Bill Mahar and his partner saxophonist Jennifer Bell. Also sharing the spotlight on a few numbers will be Ron di Lauro, Basso’s spiritual son so to speak. Aside from a good helping of jazz standards, the program will include a couple of Italian evergreens, including the beloved Non Dimenticar. 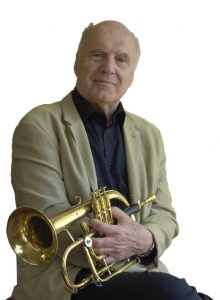 Though his roots are here, Mr. Basso flew the coop decades ago. In the late fifties, just barely into his twenties, he was gigging in Montreal, working regularly at the El Morocco by the old Forum, the hotspot of the era for dance shows and after-hours jamming. Even today his memory is sharp as he recalls his first big break in a recent phone call: “I was part of pianist Maury Kaye’s house band, and one week we had off because Louie Bellson’s big band had an engagement there, with Pearl Bailey as vocalist. I brought my horn one night and sat in after the main show to jam with some of the players. The next day I get a call from the manager with an invite to follow them on tour.” After getting parental consent, he was out on the road for over two years, certainly the most intense musical training one could hope for.

Of his influences, Miles Davis stands out in particular. So much so that he asked an instrument repairman back then to lacquer his horn green, just like the one his idol had. Yet the trumpet was not really his instrument of choice. “Coming from an Italian family, I actually wanted to play accordion, but my older brother, a sax player, put a trumpet in my hands because he needed one in his band. But I was converted eventually, and I have to thank my first two teachers for that.”

His lengthy stint south of the border came to end upon expiry of the temporary visa he couldn’t renew. Obtaining permanent residence meant enrolment into the army, which was reason enough for him to come back home. In 1961 he moved to Toronto, pursuing a romantic interest that soon ran its course. But one evening he was noticed by television producers interested in making colour tapings — and his lacquered horn certainly caught their eye.

A full-fledged career as a studio musician ensued, parallel to which he undertook formal studies at the Royal Conservatory of Ontario — “years before the establishment of any jazz programs,” he remembers. The new surroundings were very much to his liking because there was plenty of orchestra work available, more than in Montreal where combos were the rule. In 1968 he became a charter member of the Boss Brass, TO’s most important jazz big band, led by the composer and valve trombonist Rob McConnell.

Now in the twilight of his career, Guido Basso need not scuffle for gigs anymore. But his horn remains close by, as does his flugelhorn. “Sure, I still take on jobs, maybe more than I should, but that motivates me to stay in shape.” Still spry, he keeps a finger on the musical pulse. Indeed, he expresses some envy toward those who came up after him and benefited from a more solid training, some of whom went on to teach jazz. His only quibble with the scene now is the disappearance of studio work, in Toronto and everywhere else, due to today’s electronic hardware that simulates whole orchestras and sounds every bit as good.                ­ 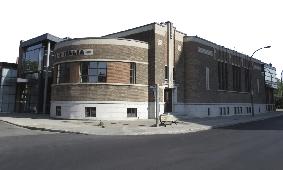 First opened in 1936, the Casa d’Italia is a one-of-a-kind institution. It was created in an era when the Italian government decided to open a series of cultural institutions abroad, seven in total, spread over six continents. In time these closed down, except in Montreal, where the Casa was supported by its local community. In 2011 the building underwent major renovations, during which its ballroom facilities were remodelled into a 220-seat concert hall. A smaller pocket-sized recital room is located downstairs. This setting could not be better for Mr. Basso, because he played there repeatedly in his early years, including many a wedding reception.