Gone but not forgotten

If jazz is social music, as Miles Davis once put it, the current rule of social distancing has weighed heavily against it. Forced into lockdown like everything around it, the music industry in general, and its jazz sector more specifically, has suffered greatly, its venues darkened,
festivals cancelled and recording studios shut down. The first affected, however, are the performers, deprived of livelihood, and surely among the most vulnerable had they not been confined. On the local front, though, the pandemic has yet to have claimed victims in the community, nor in the rest of the country, a situation that will hopefully stay that way.

South of the border is a whole other story, one best characterized as a national calamity, willfully ignored by the incompetence or plain disrespect of its so-called leadership. The
American jazz scene has, alas, not been spared the scourge, with a few notables accounted for in the still rising six-figure death count. The following are among the most talked about deaths to date, all but one belonging to the hardest hit demographic, the seniors. 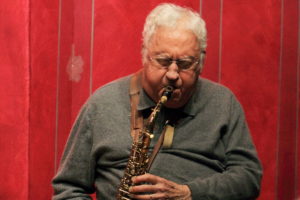 The best known of them all, alto saxophonist Lee Konitz, succumbed to the virus on April 15, bringing to a close an exceptionally long career on a most distressing note. This early disciple of pianist Lennie Tristano spanned seven decades in the music business, a feat in itself in a music where far too many were taken away before their prime. Konitz’s enduring presence allowed him to record prolifically over the years, spawning many an inspired side, and some forgettable ones, too. An improviser through and through, he relied always on his instincts to carry him through, with both hits and misses, depending on the ever-changing musical environments he chose to work in. Known for his wry wit and self-deprecating humour, he could be in turns totally hilarious or somewhat ornery in his darker moments. In a series of interviews collated in 2009 (a book well worth the read), he summed up his whole outlook as follows: “When I arrive at a gig, I always come unprepared. But it takes a life of preparation to be unprepared.” Amen to that. 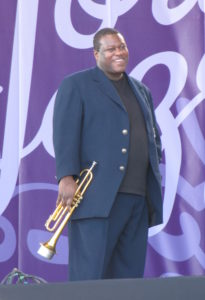 The youngest victim on the list, Wallace Roney was two months shy of his 60th birthday when fate dealt him the final blow at the end March. If one musician in recent jazz history was cast in the shadow of another it was him, his mentor being no other than the Prince of Darkness, Miles Davis, who considered him to be his heir. It was no
surprise then that this young lion would stand next to his role model in 1991 and play all of his solos during the final Davis performance revisiting the Birth of the Cool sessions etched 40 years previously. There was no turning back for this upstart after that event, and the bond was entrenched for good. He too had a warm and vibratoless sound from his earliest outings in the 1980s, working mainly out of the same hard-bop bag championed by his elder two decades earlier. Over time, Roney also dabbled into more pop-oriented and fusion ventures, never once shying away from that overwhelming influence on him. 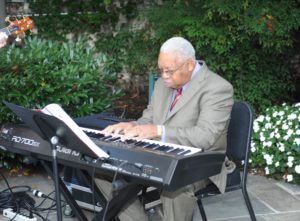 The world of jazz is in no short supply of father-son lineages where the latter try to be their own men in spite of being measured by the yardsticks of the former. The late pianist Ellis Marsalis, however, enjoyed a modicum of success in the business because of his progeny, first and foremost his elder sons Wynton and Branford, and, to lesser degree, his younger ones Delfaeyo and Jason. Without his brood, the senior clansman may well have been content to stay put in his native New Orleans and pursue his teaching and performing careers to lesser notice. Dedicated to the mainstream, he always swung tastefully, lacing his playing with blue notes and a technique suitable to his pursuits. His family connections allowed him the opportunity to go out on the road, share stages with his sons on occasion, and record albums on his own, all the while showing his modest abilities to best effect. 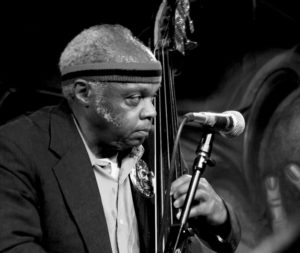 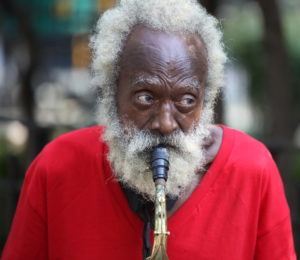 There is more to the passing of these two Black American musicians than their age or the almost coincidental timeframes of their deaths. Both were embroiled in the Free Jazz onslaught of the late 1960s, then went AWOL for decades, before finally making belated comebacks early in the new millennium. Grimes, for one, was a Juilliard graduate working steadily on the New York scene, earning some prominence at Sonny Rollins’s side. Beset by mental problems, his career would nose-dive by decade’s end. In 1970, he headed out to California, only to do menial jobs after a failed attempt at acting, having given up playing by then. He had severed his ties to music so completely that he was totally unaware of the passing of one of his last employers, the controversial saxophonist Albert Ayler, when a social worker tracked him down in a Los Angeles rooming house in 2002. His return to New York made headlines and he resumed playing with a bass donated to him. From there, he would soon be the toast of the European improv festival circuit, strumming both bass and violin, his first
instrument. In performance he gave the strange impression of playing in a bubble, seemingly oblivious to whatever else was happening around him.

Also in a world of his own, the reed player Giuseppe Logan’s early career was almost a blip on the screen, lasting no more than five years. First heard via albums on the now legendary ESP-Disk imprimatur, he was one of those self-taught players whose freewheeling approach on sax and bass clarinet was welcomed at the time, but failed to catch on thereafter. Over the years, rumours circulated that he had either died or was sighted outdoors in the Apple. In 2006, he was found playing alone in a park, a prelude to his return on stage, no less committed to the musical freedom that had been his hallmark.