With the emergence of jazz a century or so ago, the once frowned-upon ­practice of improvisation was thrust back into the spotlight of Western music. Jazz musicians, unlike their classical counterparts, had license to make things up on the spur of the moment and ­become instant composers.This in turn ­loosened the grip of the written score over the performance of music to the point of ­unshackling it completely, within the realm of music-making otherwise known as “free improv.” 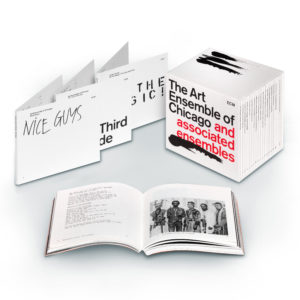 By nature, improvisation is ephemeral, and that has several implications for the way music is performed. The history of jazz, for instance, was shaped by individual players who worked in ad-hoc groups rather than long-lasting ones, which is the rule in classical music, where symphony orchestra musicians and string quartet players enjoy more stable employment. Yet, there are exceptions, the most famous one being the Duke Ellington orchestra, and the many ghost bands celebrating the legacies of their long-departed leaders.

One outfit that is still active, the Art ­Ensemble of Chicago (AEC), has withstood the test of time like few others in jazz, exceeding the ducal run by three years. Now marking its 50th anniversary, this quintet of African-American musicians has lost three of its members along the way, trumpeter Lester Bowie in 1999, bassist Malachi Favors “Maghostut” in 2003 and, just last February, reedman Joseph Jarman, thus leaving saxophonist Roscoe Mitchell and “Famoudou” Don Moye as its last original torchbearers.

In the mid-1960s, Mitchell assembled a first band under his own name with Jarman aboard, but the latter always insisted it was his ­colleague’s group after it became the AEC. Barely in the band’s infancy, those two musicians, with Bowie and Favors at their side, did something unusual: rather than testing their mettle in the Big Apple, they flew off to Paris, where they rounded off their group by offering the drum chair to Moye. As trailblazers of the nascent Free Jazz movement, these African Americans could not have fit in better with the heady politics of that time and place. The ­honeymoon was great, but by 1971, two years after landing in the French capital. the band made its way back home to the Windy City.

A Slogan for the Times

As much as the AEC was identified with the New Thing movement, its players had more on their minds than could be contained by that one bag. They would soon come up with a catchphrase that became their calling card: Great Black Music, Past, Present and Future. Their interests cut a much wider swath of musical styles, going as far back as the ­ancestral traditions of Africa, running the gamut of the African-American tradition, from jazz to R&B and soul, even stretching beyond its bounds into the realm of contemporary concert music. Given its wide ­embrace of musical styles, it could be argued that the AEC may well have been the first group to display a truly post-modern ­approach in the world of jazz, well before the appearance of this now commonplace label.

In its first decade, AEC built itself into the ­flagship ensemble of the AACM (Association for the Advancement of Creative Musicians), a Chicago-based artist collective founded in 1965 (and still active to this day). Supported initially by the jazz cognoscenti, the group was still a little too esoteric for public taste, their recordings strewn with sound collages too ­befuddling for the uninitiated. Not to mention their African robes, face make-up, cartloads of percussion instruments and at times ­confounding on-stage rituals.

But as its second decade rolled around, the AEC’s profile received a considerable boost thanks to a most unlikely recording deal with the ECM label. Four albums would result from this association, and a host of offshoot ­projects. In late 2018, the complete recordings of that group and all of its side ventures were issued in a most impressive box set entitled The Art Ensemble of Chicago and Associated Ensembles (ECM 2630). All told, there are 21 CDs, a sprawling 300-page book that reprints all 19 album covers, their liner notes, writings by its members and new essays penned by sundry musical collaborators.

Spanning close to four decades, from 1978 to 2015, the discs are sequenced not quite chronologically but according to the overall title of the set: the set begins with all AEC ­albums (four in total, a fifth being a 2003 ­tribute album to Bowie with an AWOL ­Jarman, the remaining 14 divided equally ­between projects led by or involving either Lester Bowie or Roscoe Mitchell).

Of the AEC’s members, Bowie and Mitchell were clearly its most prominent figures, a fact underlined by the heading of a section in the book that refers to them as “Two Pivotal Artists.” Pivots, by definition, imply a ­direction, and each headed in his own.

Leaders in their Own Right

Bowie, for his part, engaged in a more popular approach with his Brass Fantasy, an ensemble that spun out almost mocking covers of pop, R&B and soul evergreens like Blueberry Hill, The Great Pretender and Save All Your Love for Me. Even if its leader did not exclude more abstract pieces, like those culled in his 1982 solo trumpet outing (The One and Only) and the one track he took part in on Leo Smith’s Divine Love album, he would gradually ­expunge these from later recordings. Case in point, the final ECM Brass Fantasy release (Avant Pop) would be something of a ­misnomer, in that the “avant” was essentially discarded in favour of the “pop.” Prior to all these projects, the trumpeter lent his ­cunningly subversive and raggedy playing style to the more jazzy-sounding New ­Directions quartet of drummer Jack de Johnette, a band documented in two ­recordings, one in studio, the other in concert. 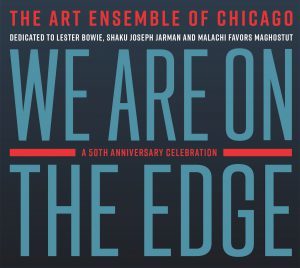 Mitchell, on the other hand, elected to push his music further off the beaten paths ­entrenched in the AEC’s agenda. From the late 1990s onwards, the reedman would move away from more conventional forms of music making with his Note Factory. While still present in its 1997 debut Nine to Get Ready, discernable melodic lines or hooks, harmonic ­progressions or grooves would dissolve into sound washes in ensuing albums such as Far Side (2010) and Bells for the South Side (2015).

As for the AEC itself, its first two albums Nice Guys (1980) and Full Force (1982) were about as close as these men got to producing hit records, largely owing to its dedications to Miles Davis (Dreaming of the Master) on the first disc and Charles Mingus (Charlie M) on the second. Yet, its next two outings, the live Urban Bushmen and The Third Decade, never lived up to the success of their predecessors, the former earning quite lukewarm reviews at the time.

Onward into the New Millennium

In spite of its assorted spinoffs, the AEC’s own tenure with ECM ended in 1985 with Third Decade, just seven years after its groundbreaking Nice Guys studio session. In the 1990s, the quintet found a new home with the Japanese DIW label, which also picked up the Brass Fantasy, some albums with added ­special guests, the most notable of all being Cecil Taylor. After the passing of Bowie and Jarman’s withdrawal from the scene, the group filled in the gaps with other Chicago confederates like veteran saxman Ari Brown or the relative newcomer, trumpeter Corey Wilkes. Activities have been spottier since, ­especially after the death of its bassist, but it has not given up the ghost yet.

But its surviving members did not want this banner year to go unnoticed. In the New Year, a double disc package was issued by PI Records, a label profiled in this section last month. In a matter of weeks, We are on the Edge (Pi180) was ­earning rave reviews, ­including a Downbeat feature story. Its title is also that of a track heard in two distinct versions on both discs, the first bearing a lyric that says: “We are on the edge of ­victory.” In true AEC spirit, the pieces are wide-ranging in scope, albeit ­divided ­between two categories, one definitely aligned to Western contemporary chamber-music, the other ­unfolding over heavy percussion backdrops. Both discs run around the 70-minute mark, the opening studio side ­divided into a dozen pieces, all of recent ­vintage. The second, recorded live, reprises five of the pieces of the first, but are quite ­different, these rounded off with two older numbers, Mitchell’s theme-song Odwalla that brings the concert to a close and an extended workout on ­Tutankhamun by the group’s late bassist. Far from limiting itself to the original five-man lineup, AEC’s personnel has ­expanded threefold with six strings and as many percussionists, most of whom also chip in as vocalists. Five of the studio pieces are reprised in concert, but are treated very ­differently – which is par for the course for musicians never content with playing the same thing twice. For its 50 years, the AEC is more resolute than ever to measure up to Joseph Jarman’s enjoinder to “Keep the music strong!”