You are at:Home»Classical Music»Vocal»Opera»This Week in Toronto (May 6 – 12)
Advertisement / Publicité 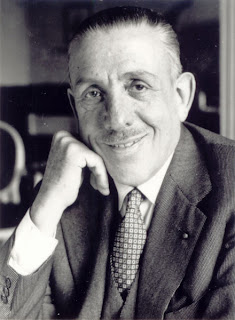 Francis Poulenc (1899 – 1963)
Francis Poulenc’s Dialogues of the Carmelites, the third of three productions of the Canadian Opera Company’s spring season, opens on Wednesday, May 8th at the Four Seasons Centre.  Originally conceived for the Nederlandse Opera followed by stagings at the Lyric Opera of Chicago and La Scala, this Robert Carsen production has been widely praised and for good reason.  Typical of Carsen’s vision, this Dialogues cuts straight to the emotional core of the work – nobody who has seen it can remain indifferent. Now Canadians will finally get to experience it. It is an ensemble opera and the COC has a superb cast headed by soprano Isabel Bayrakdarian, who reprises the role of Blanche she had previously sung in Chicago. The beloved mezzo-soprano Judith Forst brings her magnificent Madame de Croissy to the COC; and soprano Adrianne Pieczonka sings her first-ever Madame Lidoine. Quebec soprano Helene Guilmette reprises Soeur Constance, a role I heard her sing in Munich. And it’s great to welcome back two more wonderful singers to the company – tenor Frederic Antoun (a fabulous Tamino three years ago) and baritone Jean-Francois Lapointe (a memorable Pelleas about ten years ago). COC Music Director Johannes Debus conducts. This year marks the 50th anniversary of the death of Poulenc, and many companies are programming his works. The Met is currently staging Dialogues, which was broadcast yesterday with the wonderful Isabel Leonard as Blanche, and last evening I heard the rarely performed Concerto for two pianos at the Toronto Symphony. The COC Dialogues, together with the earlier Tristan, are for me the two highlights of a marvelous 2012-13 COC season. 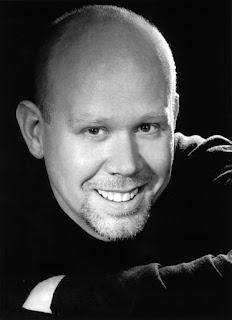 Bass-baritone Alan Held returns to the COC as Jochanaan
Meanwhile, performances of Lucia di Lammermoor and Salome continues. You can catch the Donizetti warhorse (but in the hands of David Alden, it’s unlike anything you would have seen before!) on May 9 and 12.  Salome is on for May 7 and 10, with a new Jochanaan in American bass-baritone Alan Held, who previously wowed audiences in the Zemlinsky-Puccini doublebill and as Kurwenal in the recent Tristan und Isolde. http://coc.ca/Home.aspx
In addition to the mainstage shows, there are two noteworthy noon hour concerts at the Richard Bradshaw Amphitheatre this week. On Tuesday May 7th, members of the COC Orchestra is playing two early chamber pieces by Richard Strauss,  the Serenade in E-flat major, Op. 7 and the Suite in B-flat Major, Op. 4. I’ve only heard these on CD – even though these are his early works, the Strauss “stamp” is unmistakable.  On Thursday May 9th, pianist Mauro Bertoli plays a mixed program of Strauss, Schumann and Granados. Be sure to show up 45 minutes before for a seat. http://coc.ca/PerformancesAndTickets/FreeConcertSeries/May.aspx 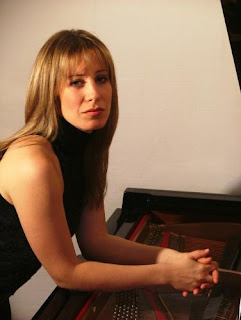 Pianist Ingrid Fliter is soloist with the Toronto Symphony Orchestra
Speaking of pianists, the wonderful Argentinean Ingrid Fliter is in town this week with the Toronto Symphony Orchestra. Who can forget that magical 2000 Chopin Competition in Warsaw in which the great Yundi Li won the gold medal and Fliter came second?  It was a vintage year!  Here is a video clip of Fliter playing the slow movement of the Chopin no. 2 in Warsaw.  http://www.youtube.com/watch?v=3Tk6k92H7RQ  She plays Beethoven’s piano concerto no. 4 in Toronto. Also on the program are Brahms Symphony no. 1 and Humperdinck’s Prelude to Hansel und Gretel.  Christoph Koenig conducts. Wednesday and Thursday at Roy Thomson Hall. http://tso.ca/Home.aspx 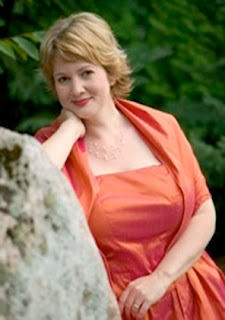 Mezzo-soprano Susan Platts (Photo: www.susanplatts.com)
The farewell season of the Aldeburgh Connection continues with Britten Festival of Song Concert 2: The Song Cycles. It features On This Island set to text by W.H. Auden, A Charm of Lullabies with text by William Blake, Robert Burns, and others, plus The Poet’s Echo, six poems of Pushkin. Soloists are soprano Shannon Mercer and mezzo Susan Platts, with as usual Stephen Ralls and Bruce Ubukata at the piano.  May 7th 8 pm at Glenn Gould Studio.  Their final concert is on May 26 in Walter Hall: A Time There Was, with soloists soprano Virginia Hatfield, countertenor Scott Belluz, tenor Colin Ainsworth and baritone Geoffrey Sirett, as well as members of the Canadian Children’s Opera Company under the helm of Ann Cooper Gay. If you don’t have tickets to this last concert, well, you are like me, out of luck!  I hope they will move to a bigger venue although at this point I am not holding my breath. http://aldeburghconnection.org/

For chamber fans, there are two very interesting concerts this week. On May 7 and 8 8 pm Talisker Players is presenting On the Wing: the Many Musical Evocations of Birds at the Trinity St. Paul’s Centre. On the program are works by Copland, Foss, Gideon, Hoiby, Part, Plant and Telemann. The mandate of Talisker is to meld word with music – there will be readings of selections from Alberto Manquel, Annie Dillard, Peter Matthiessen and others. To get the most out of the concert, be sure to attend the pre-concert talk at 7:15 pm. http://www.taliskerplayers.ca/onTheWing.html

The season finale of Toronto Masque Theatre is this weekend, May 10, 11, and 12 at Al Green Theatre 750 Spadina Avenue (at Bloor Street). Under it
s artistic director Larry Beckwith, TMT is a fusion of music, dance and theatre. Its season finale is The Lessons of Love, a double bill that includes Venus and Adonis (1683) and The Lessons of Da Ji (2013). For more information about the new piece, go to the company website for its press release – http://www.torontomasquetheatre.com/node/54  Among the soloists are Vania Chan, Charlotte Corwin, Marion Newman, Benjamin Covey, and Alex Dobson.