This section is an advertising supplement. To announce here, contact : [email protected] 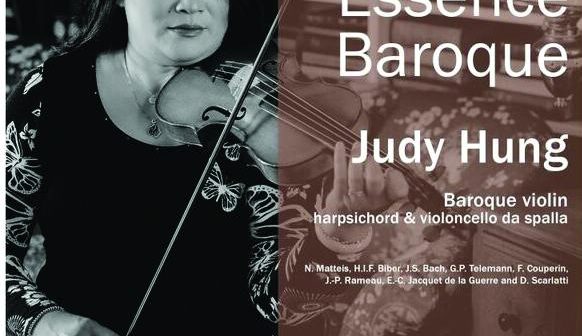 Claude Arnold Thibault, alias Scat C.A.T., has released his first album, Vodova Day, in which he (re)interprets 12 great jazz, swing, ballad and bebop standards with his unique twist, accompanied by high-calibre musicians. A scat specialist, he improvises his solos just like any other musician, adding a touch of French here and there, and even daring to sing a few wordless tracks. A luminous album by an authentic and generous artist. Check it out.

Jennifer King’s languid and dreamy performance of Debussy’s Clair de Lune is a chilly delight. King’s subtle touch accents the ­different shades of light hiding in the corners of the composition. Her performance, recorded on video and situating her in a dim light and muted background, ­captures the intimacy the piece is capable of evoking in the hands of a masterful pianist.

Kate Read’s debut solo album After arrives Nov. 18 on Leaf Music. Artfully mixing baroque repertoire with experimental electronics, After ­delivers a stirring mix of antiquity and modernity from one of Newfoundland’s most in-demand violists. Read takes listeners on a journey that entwines the purity of Bach with the chaos of electronic improvisation in ways equally surprising and satisfying. She’s joined on the last track, Aftermath, by award-winning audio engineer Michelle LaCour, whose improvisational synth stabs and found effects provide a counterpoint to Read’s modern interpretation of Bach.

Cellist and storyteller Catherine ­Little is on a mission to build a bridge to classical music. The five pieces on Taking Five have relatable melodies, harmonies and emotional language that is sure to resonate with audiences; they have hooks, are singable, and have an inviting warmth. The recording features superb and intuitive accompaniment by Gregory Myra on piano, and was recorded meticulously by Ben Creelman of Leaf Music, with the beautiful acoustics of Halifax’s St. Andrew’s Church.

Rosebud String Quartet’s debut album features two Haydn compositions and one of Mozart’s. The album is characterized by the ­pristine playing, both individually and collectively, of one of Canada’s most in-demand and sought-after quartets. Thematically, the record features compositions that were all written at the end of its composer’s creative life, providing an opportunity for the Rosebud String Quartet to explore the relationship between creation and the creative lifespan.