You are at:Home»Classical Music»Alain Lefèvre, Hélène Mercier: Back to their beginnings

Born in Quebec, she settled in France. Born in France, he settled in Quebec. Pianists Hélène Mercier and Alain Lefèvre crossed paths many times in the course of their respective careers. Although they have known each other since childhood, they never had the chance to collaborate on disc. Their first joint recording, on the Warner label, features music for two pianos by André Mathieu. Further projects involving piano music by this Quebec prodigy are already under way. 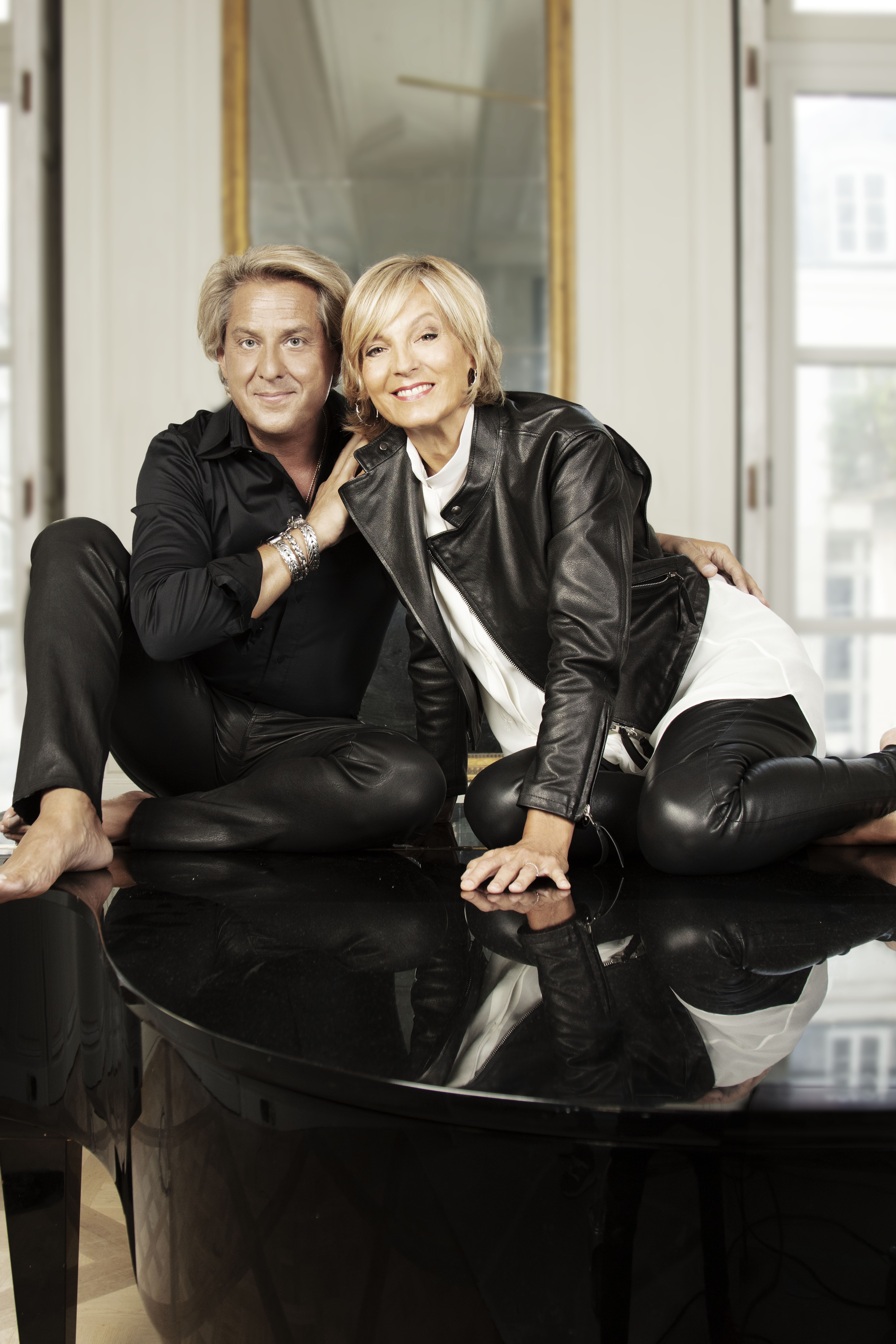 One might suppose that Mathieu holds no further secrets for Lefèvre, given how many recordings the pianist has made of his music. But Lefèvre is still fascinated by this composer, who died much too young at 39. “How could a five-year-old child display such expressive maturity?” Lefèvre asks, referring to the Concertino No. 2.

Mercier, for her part, became acquainted only recently with Mathieu’s music. She remembered hearing disparaging comments about him in Quebec’s music industry. “I was vaguely familiar with Mathieu’s music, though I had heard a few piano solo works and was fascinated by their expressive qualities,” she said. “I had never played his works and obviously, when I was young, I heard about Mathieu spoken about in not necessarily the most glowing terms. Back then, and even today, some ‘purists’ – I use quotation marks – consider Mathieu to be not a true composer. He was a private person who went against every rule. He had a spirit of freedom.”

As a child prodigy, Mathieu was first taught by his father, Rodolphe, a pianist and composer. Little André travelled to Paris to continue his piano studies. Unfortunately, his education was put on hold by the Second World War. Once the war ended, Mathieu travelled back and forth between North America and Europe, unable to finish whatever he wanted to accomplish. “Nowadays, it is clear that Mathieu had neither the talent nor the training to become an orchestrator,” said Lefèvre. “A piano composer was all Mathieu was, having conceived most of his concertos as ‘piano duos’ instead of works for piano and orchestra. Mathieu was not akin to Ravel, Rachmaninoff or Shostakovich.” Mercier adds: “Mathieu did not write any works for orchestra. This means that subsequent orchestrations are not necessarily in line with what Mathieu wanted to convey from a musical standpoint.”

For that reason it made sense to dedicate a new recording to piano duos by Mathieu. With support from Mercier, Lefèvre has gone back to basics, using only the original score as a point of reference.

“For me, this has been a long adventure,” Lefèvre says. “The only ingredient that was missing in my previous recordings was the sound Mathieu made when playing the piano at a young age. I performed the works I had to perform, though after 40 years of overseeing this project, I hoped one day to make a recording that truly reflected Mathieu’s way of thinking.”

Lefèvre wanted the accompanying pianist to come, like the composer, from Quebec. In 2017, not having seen her for many years, Lefèvre met Mercier on the Concours musical international de Montréal jury and discussed the recording project with her. She agreed to be part of the new artistic adventure. “An authentic ‘André Mathieu-like’ sound and emotion can be heard in his works and it is really touching,” she said. “It was so touching to play our own music, for we recorded it at a time when our family house was being sold. My father and sister died, conjuring up memories, letters, and photos. Mathieu healed my wounds, allowing me to be nostalgic and authentically experience the direct and poetic emotions that Quebec triggers.”

The disc was recorded at Domaine Forget in Charlevoix, a landscape that gave Mathieu much inspiration. On the program are the Concertino No. 2, composed when he was five-and-a-half years old; the Concerto de Québec, composed at 14; and the piano duo version of Rhapsodie romantique. “Beautiful melodies and much sadness are to be had on this disc,” Mercier said. “There is some kind of tragic or dark side to this composer, even though he was only five. This displays the sensitivity he might have had. I am referring to the second movement of the Concertino. Aside from Mathieu’s sadness, he was cheerful and felt a sense of speed and virtuosity, as can be heard in the first and third movements. He went against the trends of the day. Although atonal music was popular, Mathieu disliked it. Today, Mathieu is more contemporary than he was back then—just like his music. He was clearly a forward-thinking individual.”

Leading up to their first recording, Lefèvre and Mercier had reached out to pianist and composer Achilleas Wastor to transcribe the Concerto de Québec for piano duo based on the original score. Wastor will also transcribe Mathieu’s Concerto No. 4 on the basis of the composer’s recording. This will appear on the next piano-duo disc. Lefèvre and Mercier will also present the unpublished Nocturne, of which only one recording exists, made secretly by friends while Mathieu was at the piano. Added to this will be two piano-duo works composed by Lefèvre and dedicated to his studio partner. “The Warner record label would like to record a second disc of French-Canadian works,” said Lefèvre, “though this will be a long-term project because both of us have a heavy schedule.”

Hélène Mercier and her artistic partners

Mercier has a full career in the studio and in concert. She has worked closely for years with pianist Louis Lortie; both studied at the University of Music and Performing Arts Vienna. The collaboration has resulted in many discs, starting with a program of music by Ravel and including, recently, a recording of Vaughan Williams’s Concerto for Two Pianos and Orchestra, which won a Diapason d’Or award from Diapason, the renowned magazine published in France.

Mercier has expanded her stage engagements, performing in duo or in occasional chamber music groups. For instance, she has played with the Capuçon brothers (Renaud Capuçon, violin, and Gautier Capuçon, cello) and violinist Vladimir Spivakov.

In addition to joining forces for a disc dedicated to Mathieu, Lefèvre and Mercier are lifelong friends who would have loved to see each other again during the Concours musical international de Montréal. Unfortunately, the COVID-19 pandemic forced organizers to cancel this annual event. Despite the unprecedented context, the CMIM continues to showcase talents from youth around the world and encourage these youths to excel in their art. As for Lefèvre, the stakes are even higher, as he is worried about the future of classical music—a future that this pandemic may threaten further.

“I have met many talented young people who would like to find their calling in music. But they cannot. We are living in a period of human history where classical music is fizzling out. Less classical music is heard on television and radio; fewer classical music critics are working in newspaper offices. This worries me a great deal because many of these young peple know who I am and are aware that I would like to help them. Desperate, they get in touch with me because they have practised seven to eight hours a day and get nothing in return. The Concours is the last resort for many to get their name out there and make themselves heard.”

“My mind will be at rest when Canadian television and radio stations resurrect past programs. There was a time when Radio-Canada’s Beaux dimanches presented live-music concerts, theatrical productions and literary works. A strong democracy requires a strong education. A society with culture is a thinking society; a society without culture is a dangerous society. This kind of society heads toward populism. Contrary to public belief, this is not about the rich. Culture is a shield against stupidity. We need to start asking ourselves questions when we see what is on television or when we are given food to eat. Do you hear five minutes of classical music during televised Canada Day celebrations? No. Millions of dollars are spent on rock, rap and country music—everything except classical music. Society worries me, for masses of people are losing culture instead of being enriched by it. Strangely, film has become the most eye-popping propaganda. All these phenomena are worrisome, for they are paving the way to the worst dictatorships” (free adaptation).

“Many composers would like to hear their new music played. I fought tooth and nail to program Walter Boudreau’s Concerto de l’asile, a concerto that should be welcomed by all Canadian orchestras and that could feature any pianist. But no pianist was up for the job. Instead, Mendelssohn’s Violin Concerto in E minor, Chopin’s Piano Concerto No. 2 in F minor and Rachmaninoff’s Piano Concerto No. 2 are once again on the program.

Translated and adapted by Dwain Richardson