The four-act opera mostly centres on two characters: Werther, a young poet, sung by tenor Antoine Bélanger, and Charlotte, Bailli’s older daughter, sung by mezzo-soprano Julie Boulianne. During the two-hour-and-forty-five-minute performance, we discover how Werther has feelings for Charlotte, though later in the first act, we learn that Charlotte has already vowed to marry Albert (sung by baritone Hugo Laporte). Does Charlotte remain faithful to Albert, or does she fall prey to Werther’s attraction? Throughout the performance, the characters drag us through emotions ranging from happiness to broken heartedness. 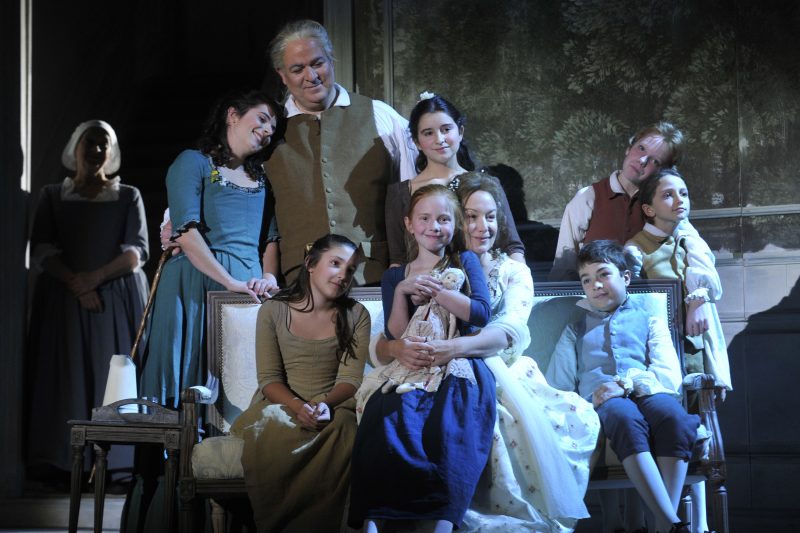 If there was one spectacular aspect that stood out during last night’s performance, it was diction. The vibrant acoustics in Salle Louis-Fréchette helped the audience understand what each character was saying above the orchestra. Given that the opera was presented in French, why were surtitles even used? Considering that all the singers were native French speakers, it was clear that they fully understood the texts and effectively coloured them with emotions specific to their roles.

Superb diction comes with beautiful singing. Some singers stood out throughout the opera. 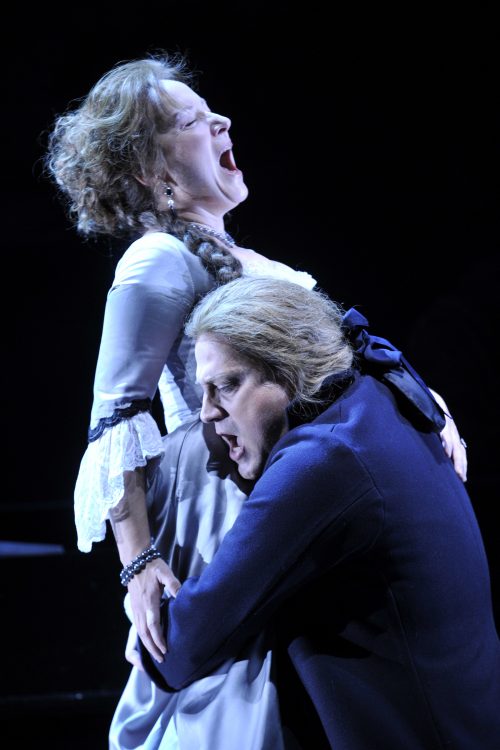 First, Antoine Bélanger. He was one of the soloists in Carmina Burana, presented by the Orchestre symphonique de Longueuil at Salle Pratt-Whitney this past spring, and his colour and tessitura fit him well in Orff. Last night’s performance was no different. Bélanger’s voice was round; his timbre, dramatic, making him the perfect fit for the title role. He showed great vocal control, showing no sign of fatigue from start to finish.

Second, Julie Boulianne. Although she identifies herself as a mezzo-soprano, she is capable of singing in extremely high registers—again, without vocal fatigue. Like Bélanger, Boulianne can take on dramatic roles (Charlotte is a prime example). In addition, she is comfortable with light, lyrical solos, as is evident on some of her recordings.

Third, Marcel Beaulieu. Who said that true basses didn’t have a high tessitura? Beaulieu proved the skeptics wrong. He had a round, relaxed sound, and his high notes came out without forcefulness.

The staging was another plus. Instead of extravagant sets, we were greeted to simple accessories: a room garnished with furniture, another room with a desk and harpsichord (decorated in form of a right angle), and a snow scene with Charlotte and Werther (Werther lying down on a chair, covered in blood). The lighting was simple, too. For example, in the third act, the stage was completely black, though we did see a white light in the background. In the last act, the stage turned blue while the snow was falling. We owe this simplicity to stage director Bruno Ravella. His idea was to stick to the original libretto and action as much as possible without falling into excess.

Lastly, the orchestra added a great touch to the performance. The Orchestre symphonique de Québec (OSQ) was led by Jean-Michel Malouf, Jean-Marie Zeitouni’s assistant, at the Tuesday and Thursday performances. (Zeitouni conducted last Saturday’s production, however, and will do the same tomorrow night.)

Unlike some shows, where orchestras have a bad habit of drowning out singers, the OSQ was more disciplined, containing their volume enough to allow the soloists to project without having to force. It was clear that the OSQ simply accompanied the soloists; it didn’t have much of a major role to play—except, probably, the saxophonist who played with Charlotte in “Va, laisse couler mes larmes” in the third act, an aria highlighting the protagonist’s sadness while reading the love letters Werther left on his desk.

One instrumental surprise awaited us: an organ—or something that sounded like one. We heard the organ sound in the second act, celebrating Albert’s and Charlotte’s wedding and the pastor’s 50th birthday. Does Salle Louis-Fréchette have an organ pipe? That’s anyone’s guess. The sound did add a nice touch to the performance, though.

If you’re looking for French opera beyond Carmen, Opéra de Québec has got you covered with this Massenet masterpiece. Though Werther may be Wagnerian in style, per some 19th-century French critics, Massenet tried to stick with Impressionism, typical of the French period, and even stepped into the Italian period with a touch of verismo. German and Italian opera fans will also love Werther.