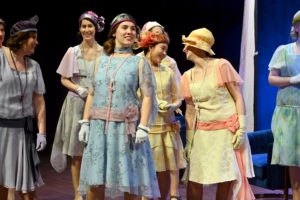 Toronto, March 5, 2020 — Premiered in 1878, H.M.S. Pinafore remains one of Gilbert & Sullivan’s most successful and well-loved operettas. Set on board the namesake ship, it is a tale of love, mischief and mistaken identities. Ralph, a lowly sailor, is in love with the Captain’s daughter Josephine, a hopeless match because of difference in their social class. Josephine is also secretly in love with Ralph, but her father persuades her to marry Sir Joseph Porter, the First Lord of the Admiralty. Mistakenly thinking that Josephine refuses his marriage proposal because she is not worthy of his rank, Sir Joseph declares that “love levels all ranks”, which encourages Josephine to admit her love to Ralph and plan their elopement. When their plan is foiled by fellow sailor Dick Deadeye, the captain’s old nanny Buttercup reveals that the Captain and Ralph’s identities were switched as infants. Ralph becomes the captain and is now free to marry Josephine without overturning conventional social order. 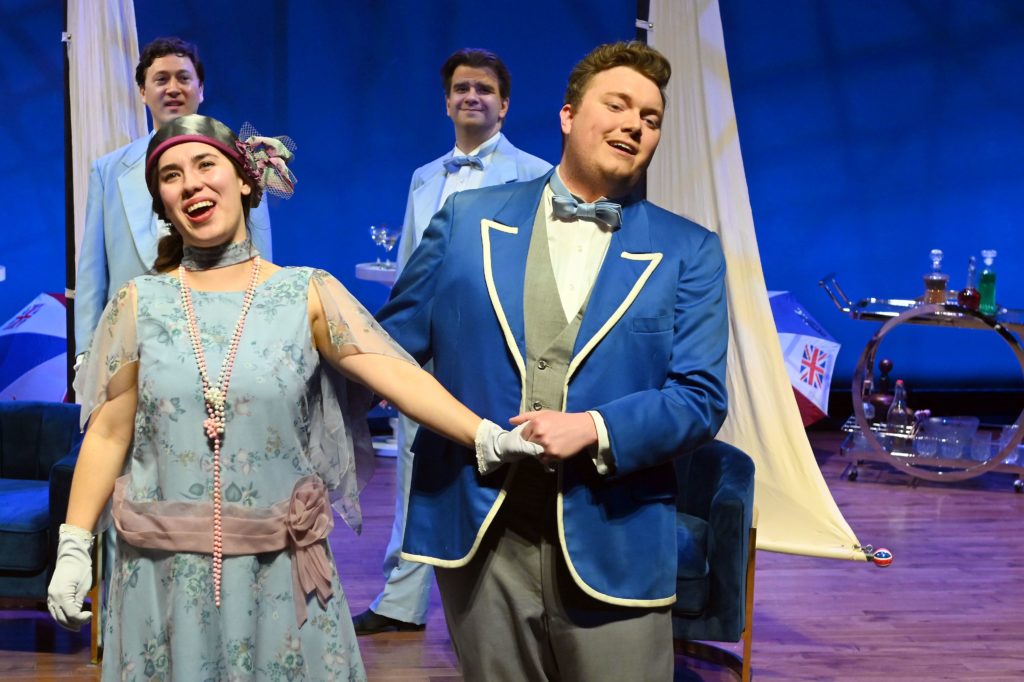 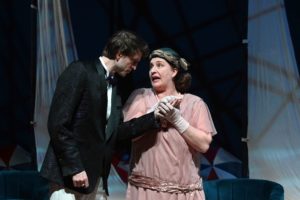 The all-Canadian cast was anchored by two strong leads: Holly Chaplin as Josephine and Ryan Downey as Ralph. Chaplin, the star of the night, is a powerful coloratura and a superb actress. Her aria “The hours creep on apace” was palpably heart-wrenching, as she casts doubts whether she could endure the life of a lowly sailor’s wife, and pouring out her turmoil between staying true to her love and being a dutiful daughter. Downey has a buttery, lyrical voice and an easy stage presence, and was convincing as an innocent lad hopelessly in love. Gregory Finney was a perfect Sir Joseph, having an engaging stage presence and the right amount of royal arrogance. Bradley Christensen as the Captain played the comical elements well in both acting and dancing, evoking much laughter from the ladies in the audience. Rosalind McArthur as Buttercup was strong in acting but weak in vocals, her mezzo voice sounding strained especially in the higher range. Honorable mentions go to the chorus and supporting cast, notably Kyle Merrithew (Deadeye) who had a sizeable solo part. 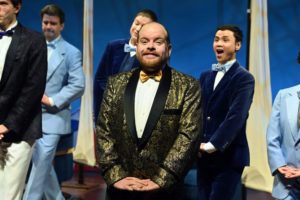 Conductor Derek Bate led a nine-person orchestra with precision and grace. The set was lacklustre, but was well compensated by the colourful costumes that looked very sharp on both the men and women. The strengths of the production lie in the well-balanced harmonies and the brilliant acting that brought out the vibrancy and humour of this musical which epitomizes the very essence of G&S.

Guest Youth Mini-Review (by Amanda Wong):
Though the entertainment factor in the script often relies on surreal humour, H.M.S. Pinafore is a highly engaging operetta that is able to elicit laughs from the audience with the absurdity of the characters’ lines. The musical is light-hearted yet intentionally old-fashioned, with heavy implications of classism and sexism playing a dominant role in the narrative. Nevertheless, the cliché — and overly-dramatic — story is presented in an enjoyable way, the minimalistic set allowing the music and lyrics to shine. Overall, H.M.S. Pinafore is a pleasant drama that would be of interest to people of all ages.

Toronto Operetta Theatre. Playing March 4-8 at the St Lawrence Centre for the Arts in Toronto. www.torontooperetta.com