You are at:Home»Classical Music»Chamber Music»Celebrating a Century of Aleksandr Solzhenitsyn with Poetry and Music
Advertisement / Publicité

Aleksandr Solzhenitsyn, the heroic anti-Soviet dissident whose vital and uncompromising documentation of the horrors of the Stalinist police state won the 1970 Nobel Prize for literature and provided indispensable impetus to the forces that brought on the communist regime’s late 20th-century downfall, would have turned 100 this December 11.

In what promises to be an especially rich, personal and heartfelt early celebration of that centenary, New York City’s 92nd Street Y “Inflection” series will host the aptly titled Aleksandr Solzhenitsyn at 100 on the evening of Monday, November 19, with a program created and performed by the author’s son, internationally acclaimed pianist and orchestral conductor Ignat Solzhenitsyn. 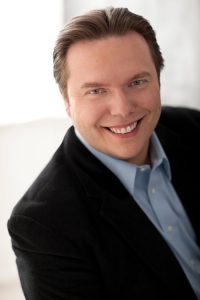 “It’s the story of my father’s life as told through his poetry, and through the music that sounds in his work,” the younger Solzhenitsyn explains.

From amidst a dazzlingly prolific literary output, Aleksandr Solzhenitsyn is perhaps most noted for the harrowing One Day in the Life of Ivan Denisovich (his novelistic 1962 condensation of experiences drawn from his own eight years in one of Stalin’s prison camps) and his towering 1968/1973 The Gulag Archipelago, a magisterial three-volume history of that same system of camps, covering the period 1918 through 1958.

“The archipelago is my father’s metaphor for this country within a country, scattered all over eleven time zones but more tightly bound together than any physical land mass could ever be,” explains the younger Solzhenitsyn.

The publication of The Gulag Archipelago precipitated Aleksandr Solzhenitsyn’s expulsion from the Soviet Union, an exile that lasted until the dissolution of the U.S.S.R. in 1994.

Less well-known, however, is Solzhenitsyn père‘s poetic output; yet that poetry was not only prodigious in its own right, but proved crucial to the formation of the full-fledged novelist, social chronicler, and man of powerful humane prose to come.

“His poetry,” explains Ignat Solzhenitsyn, “was the only way he could survive in the camps.”

In fact, it is the composition of his early poetry that stands at what Aleksandr Solzhenitsyn himself regarded as the “inception” of his literary mission, representing the essential substrate of almost all his later work. In effect, Aleksandr Solzhenitsyn put together a secret, interior documentary of his imprisonment from 1945 to 1953 in the only form durable enough to survive his ordeal, yet intangible enough to defy confiscation – poetry, committed not to paper, but to the archive of his mind.

“To survive as a writer,” explains the younger Solzhenitsyn, “was to write by memory; and the only way to write 12,000 lines by memory was to write them in verse.”

Some 9,000 lines of this epic composition were published in the original Russian in 1999 under a title that translates as The Trail. But of the work’s full 12,000 lines, only portions have ever been published in English. 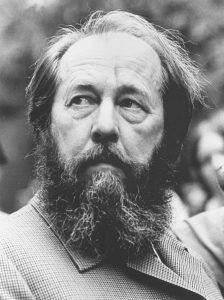 Ignat Solzhenitsyn has been laboring on that full English translation since before his father’s death in 2008 (he has hours of recorded conversations with his father about the poetry, discussing its specific references and background); and the son will be reading selections from this full corpus – in both English and Russian – at the 92nd Street Y event on November 19, interspersed with his own performances at the piano of plangent excerpts from the music that haunts, informs and echoes through the poetry.

In interview, Ignat Solzhenitsyn recently offered a moving preview of one such selection planned for the program.

“He’s standing in line to be counted,” Ignat Solzhenitsyn explains of the prison camp setting of one passage. “They’re counted multiple times a day, even though it’s the godforsaken middle of the taiga and there’s nowhere to run. It’s so pointless, and as demeaning as anything else they’re subjected to.” For this particular headcount, the inmates of Aleksandr Solzhenitsyn’s bunker have been summoned from their beds – “helpless to prise open eyelids weighed with sleep” in the son’s translation, pulled out into “dazzling moonlight’s majesty.”

“We come outside in comic capes, our blankets. We come boiling, come out cursing.”

Then, in an uncanny juxtaposition of stupefying and petty brutality with human capacity for sublimity, “of a sudden, from a speaker weeping, there faintly wafts toward us a dour Beethoven largo.”

It was a moment that seems to have opened sluices of inner spiritual resource for the young Aleksandr Solzhenitsyn.

“He began to behave and to act and to live as a free man,” Ignat Solzhenitsyn says of the existential prolepsis stemming from this spiritual watershed of his father’s. “He was living in a completely unfree society, but the real freedom is inside.”

Following the reading of that poetic passage, Ignat Solzhenitsyn will play the very largo referred to – which, in later conversation, his father confirmed to have been from Beethoven’s sonata number 7 (D major, opus 10, number 3).

Other composers beloved by the older Solzhenitsyn comprise, as the son remarks, “the usual suspects – Bach, Beethoven, Mozart, Schubert, Tchaikovsky.”

And, of course, Shostakovich. 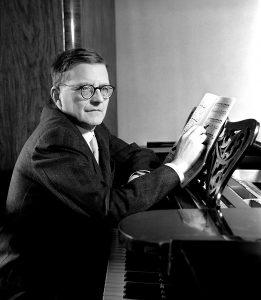 Dmitri Shostakovich himself played nimble and risky artistic and political cat-and-mouse with the Stalinist regime. Maestro Ignat Solzhenitsyn describes with relish the advent of the composer’s 1945 Ninth Symphony, highly anticipated by Stalin and his commissars, who expected a bodacious and triumphal hymn to the state in the wake of Hitler’s defeat. But what Shostakovich actually presented turned out to be a beguiling, yet cartoon-like pastiche – “brilliant, but chamber-like – witty to the point of sardonicism.”

The music was banned from further performance during Stalin’s lifetime, yet Shostakovich escaped more dire recriminations. It’s an episode that exemplifies, as Ignat Solzhenitsyn rightly notes, how music can, by its inherent abstractness, elude censure more readily than can text-based art.

Aleksandr Solzhenitsyn, on the other hand, forged an art of valiant and unambiguous witness. Poet, music lover, an innate humanist in an inhumane society, he also managed to weaponize a scientist’s knack for analysis and precision (he trained as both a mathematician and physicist) in exposing the moral criminality at the heart of the socialist program.

And, beyond any of that, there may even have been the afflatus of a deeply Russian mysticism in Aleksandr Solzhenitsyn’s reliance on the soul’s ability to assert freedom, even in the face of overwhelming odds.

“He took that to its logical conclusion,” says Ignat Solzhenitsyn. “And, in the end, he was again arrested, and then exiled.” Yet he lived to see Sovietism dismantled, and to return to a renascent Russia making advances (if only in “a slow, distorted kind of way”) toward liberty.

“It was an extraordinary life,” says Ignat Solzhenitsyn, “and I hope to give an inkling of it in this program.”

More information on Aleksandr Solzhenitsyn at 100 can be had at https://www.92y.org/event/aleksandr-solzhenitsyn-at-100. 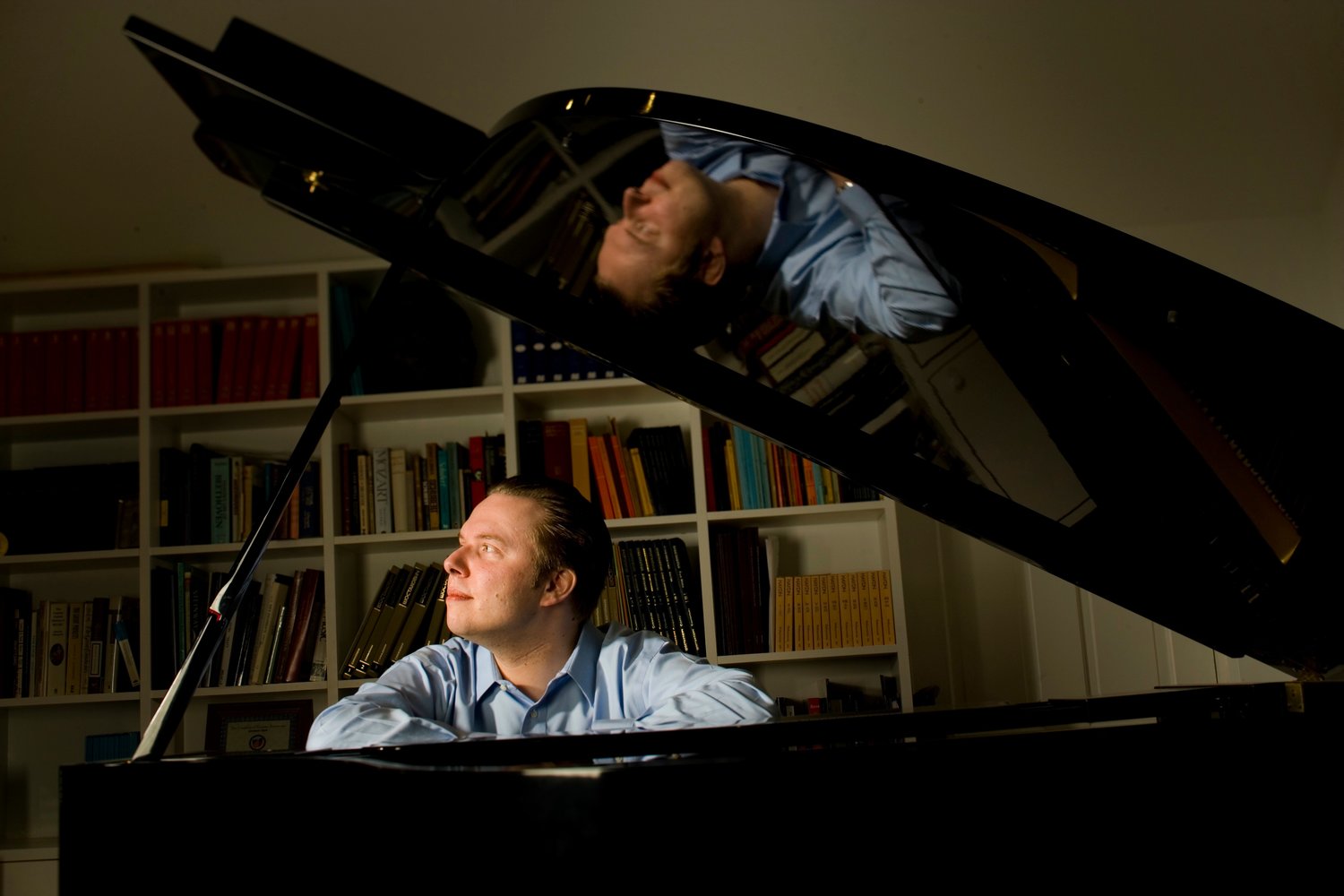