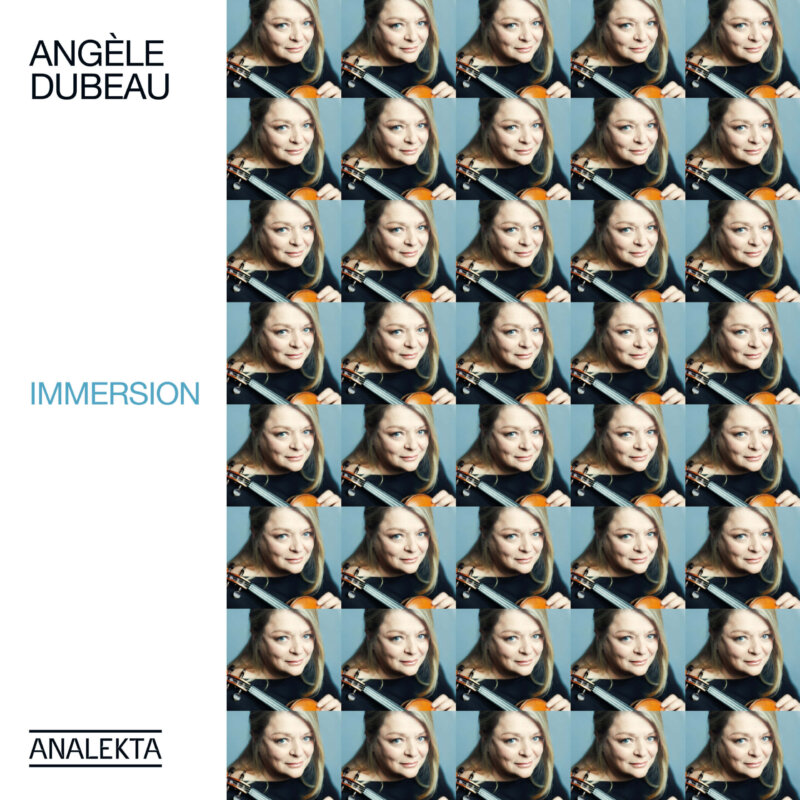 Immersion is the 45th album by violinist Angèle Dubeau. It follows Pulsations, released in 2019, which already gave pride of place to film music and in particular works by ­Ludovico Einaudi. This composer of music for The Intouchables, among other films, is ­featured again, but this time along with other composers active in the film industry. Minimalists Philip Glass and Steve Reich are on the lineup. Their influence is felt on other tracks, starting with the first, Flying by Valentin ­Hadjadj. The persistent repetition of the same motif, which creates a trancelike effect, is found in Michael Nyman’s If, the eighth track on the album. In a press release, Dubeau claims that ­Immersion offers “an introspective plunge that is both deep and sensitive,” as opposed to Pulsations, which was intended to be more emotionally intense and dramatic. To our ears, the albums are quite similar. The repertoire remains more or less the same. Undoubtedly Pulsations proved to be a rich vein to return to. In any case, in this latest opus, I sometimes had a hard time differentiating the 14 pieces. In other words, apart from the selections by the masters already mentioned, these pieces do not assert themselves with their originality. However, if you like Zen music of the type we associate with movies from Asia; if you like music that makes you think of vast spaces; if you like Einaudi and you want more (his influence too is felt everywhere) or if you just like music that makes you feel good without much engaging your mind, then this recording is for you.