You are at:Home»Arts Industry»Merci Madame – Tribute Concert in Honour of Jacqueline Desmarais

Requiem æternam.” A garland of coloured flowers crossed the stage of the Maison symphonique on Oct. 16. Above, a large screen portrayed a flashback of images reflecting the busy life of Jacqueline Desmarais – commonly known as Madame. Family, friends, and loved ones: some of the many people who paid their last respects to the one who spread joy and light for many decades.

“Dies iræ, dies illa.” Sophie Desmarais, feeling emotional, was alluding to emptiness, not suffering. “Madame Desmarais will be present through the many unforgettable memories and moments…I feel today a strong emptiness. Nothing will be able to fill it.”

At this moment, cellist Stéphane Tétreault, accompanied by the Orchestre Métropolitain and Yannick Nézet-Séguin, performed the “Méditation” from Jules Massenet’s Thaïs – a true musical eulogy filled with celestial phrases. Following a moment of silence, brothers André and Paul shared the podium.

André recalled his mother’s “contagious and enthusiastic smile” before referring to her long work record. “Her life resembled a music score,” he said. “Her artistic soul never betrayed her.” Both brothers shared a few amusing memories, including some of Jackie’s incisive statements about baloney sandwiches. Paul remembered his mother’s final day, during which she energetically lifted her left arm and exclaimed, “My body is falling apart!”

He also remembered the unconditional love and unfailing support she gave her children and the artistic industry. “She always inspired us to surpass ourselves,” Paul said, “for not progressing was unimaginable in her book. … Her legacy lies here tonight before all artists and musicians whom she encouraged to be the best they could be.” 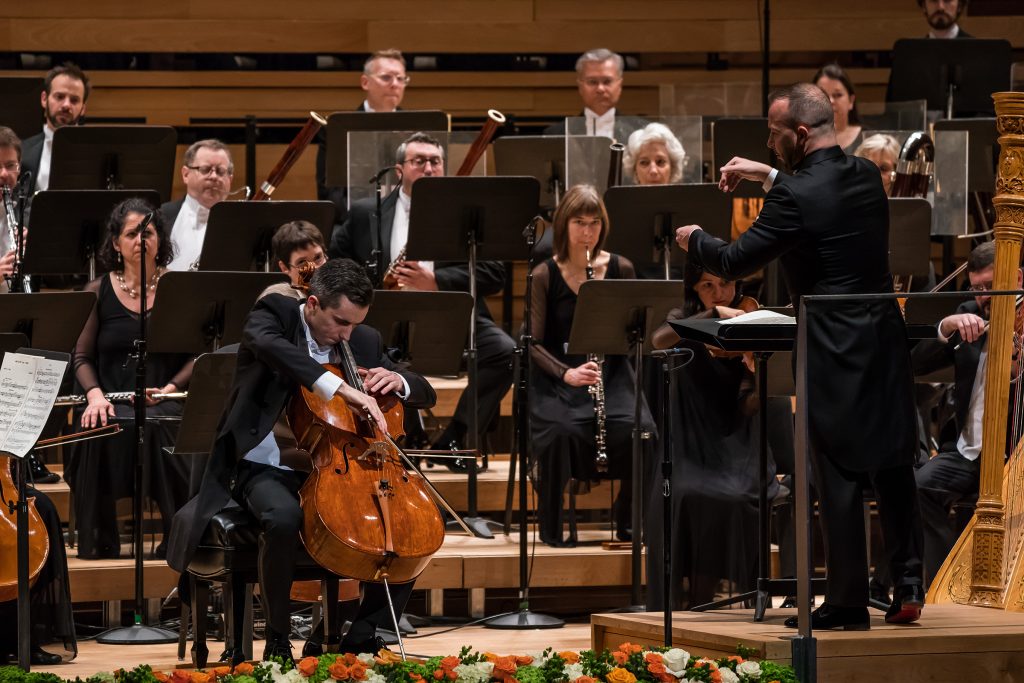 “Liber scriptus.” Desmarais’s great book of life had many chapters. Nézet-Séguin took the floor on behalf of all the artists who grew up with her. “In remembrance of Madame, Verdi’s Requiem could not be anymore appropriate,” he said, adding that this “work was present during the greatest moments Madame and I shared, whether we were in Philadelphia, at Carnegie Hall, or in Montreal…I have fully committed myself to making music accessible to as many people as possible, for music has the power of suspending time to take advantage of life.”

“Recordare.” Jacqueline Desmarais’s memory will always be connected to the emotional performance of Verdi’s Requiem, featuring artists whom Desmarais took under her wing or loved dearly. Some of these include Nézet-Séguin, Tétreault, and singers Angela Meade, Ekaterina Gubanova, Matthew Polenzani and Sir Bryn Terfel.

“Lacrymosa.” Madame made people shed more tears of joy than tears of sadness during her lifetime. Her children recalled the great love that brought Paul and Jacqueline together, as well as the unstoppable energy her mother spread. Of course, she not only supported many cultural institutions but also served as a mentor for artists, guiding them in their quest for excellence. This was what the public discovered throughout this musical tribute. 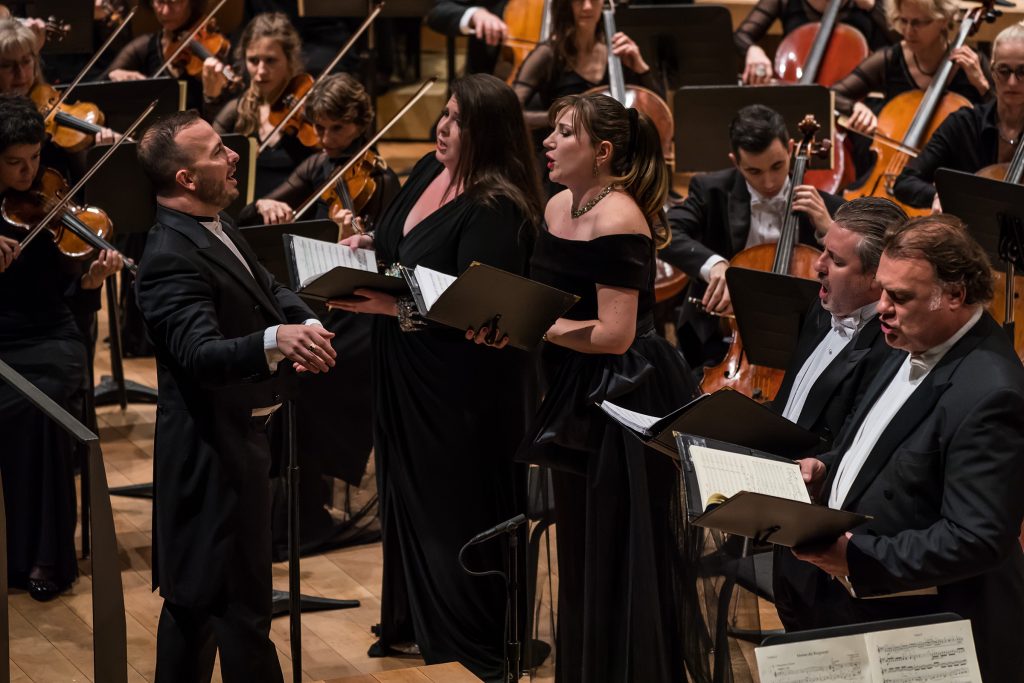 “Lux æterna.” Without the aid of a score, the conductor presented an intense and dramatic Requiem for soloists, orchestra, and chorus with palpable enthusiasm and solemnity sustained for an hour and a half. A powerful, stirring, and exhilarating tribute in true Madame style ended with a light-dispersing and an angelic “Libera me.” Sophie noted: “The two are holding hands here tonight, wearing their most beautiful wings. I am sure they are still happy and in love with each other.” She predicted correctly: her parents, the two angels, rejoiced in a final concert in the company of their loved ones.

The last note died out, giving way to a long silence. A mute constellation remained in the heavens of the Maison symphonique. The giant, sorrowful Grand Orgue Pierre-Béique, made of wood and metal, watched over one of many living witnesses of Jackie’s legacy on behalf of her community, her country and all humanity. On behalf of the artistic community, we thank you, Madame Desmarais. 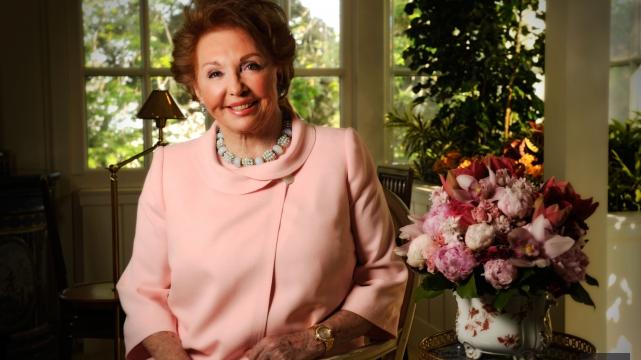