After almost four years, a major project has come to fruition with the release of Chopin’s two Piano Concertos as played by Charles Richard-Hamelin and the Orchestre symphonique de Montréal under Kent Nagano. “It’s one of the five best recordings that Analekta has ever produced,” exclaims the label’s president, François-Mario Labbé. Almost 32 years after the record company’s establishment, this landmark recording reminds the wide world of the excellence of musicians from Quebec.

“After Charles Richard-Hamelin’s win at the 2015 Chopin Competition, I thought of recording those concertos and brought it up with Kent Nagano, who was immediately interested,” Labbé recalls. In October 2018, the principals came together for three concerts in the Maison symphonique. “I felt real passion listening to the master,” Labbé said. Nothing more was needed to solidify an exceptional collaboration. 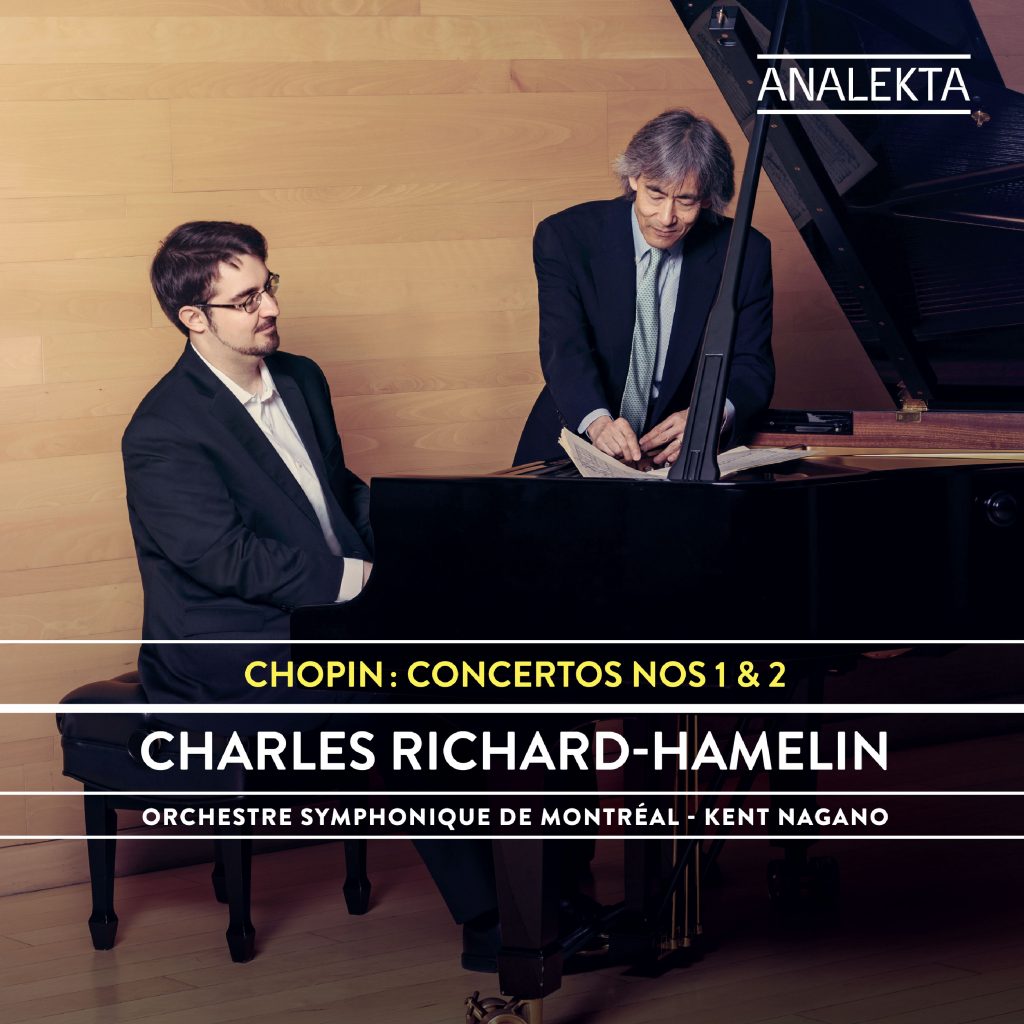 In 1999, the OSM, whose conductor at the time was Charles Dutoit, issued these concertos with none other than Martha Argerich. The recording had taken place at the Church of Saint-Eustache in October 1998, precisely 20 years before the one with Charles Richard-Hamelin. One generation later, this encounter between Chopin and Quebec sounds like a curious echo. It was not, however, created overnight.

After learning about this ambitious project, the Montreal pianist confesses that he quickly went from enthusiasm to an understandable anxiety. Although he had just played the Concerto in F Minor with an orchestra for the first time at the Chopin competition, he now had to record it with one of the world’s best orchestras. “The two concertos took up almost all my time for many months,” Richard-Hamelin says. “They were on my concert programs and, over a three-year period, I had performed the E minor about 25 times and the F Minor more than 60 times.”

From tour to tour, the two pieces were his tireless, daily companions. As time passed, he gained confidence and sought to express through his playing the depth of understanding he had of those concertos. “I knew many versions, but during the preparation work for the recording, I left them aside, I needed little help. I just wanted to trust myself.” 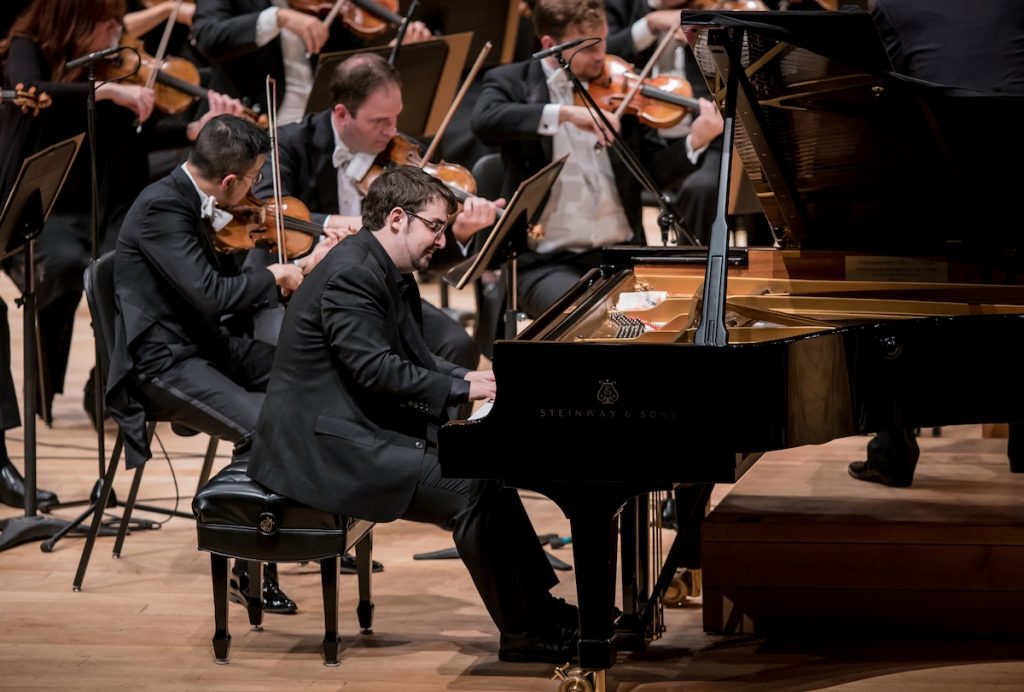 Elasticity of Time and Chopin

Before I met Richard-Hamelin, I had the chance to listen to the recording many times and to compare it to the previous versions that I knew quite well, by Krystian Zimerman, Martha Argerich and also Maria João Pires. On first hearing, I was surprised by the time Richard-Hamelin took to interpret certain passages, suffusing each note with clarity and an astonishing meticulousness. I was surprised by the orchestra, always discreet, somewhat austere, far from the energy and impetuousness heard in some recordings. And yet this version showed an incredible beauty, not in the lyrical flights or in an exaggerated romanticism, but through the symbiosis of a hybrid language, midway between classicism and romanticism, a transitional language that appears in Chopin’s writing when the composer was only 19.

On second hearing, guided by the first, came a real moment of jubilation, of ecstasy. Each line espoused a carefully developed curve, no fuss, sincere and communicative. Each stroke was a graceful dance step, with appuis, tension and elasticity. The orchestra seemed to emerge as a slow and profound inspiration, coming from the piano itself, giving the soloist the restraint, lightness and transparency inherent in the musical text. The symbiosis between soloist and orchestra was masterful. 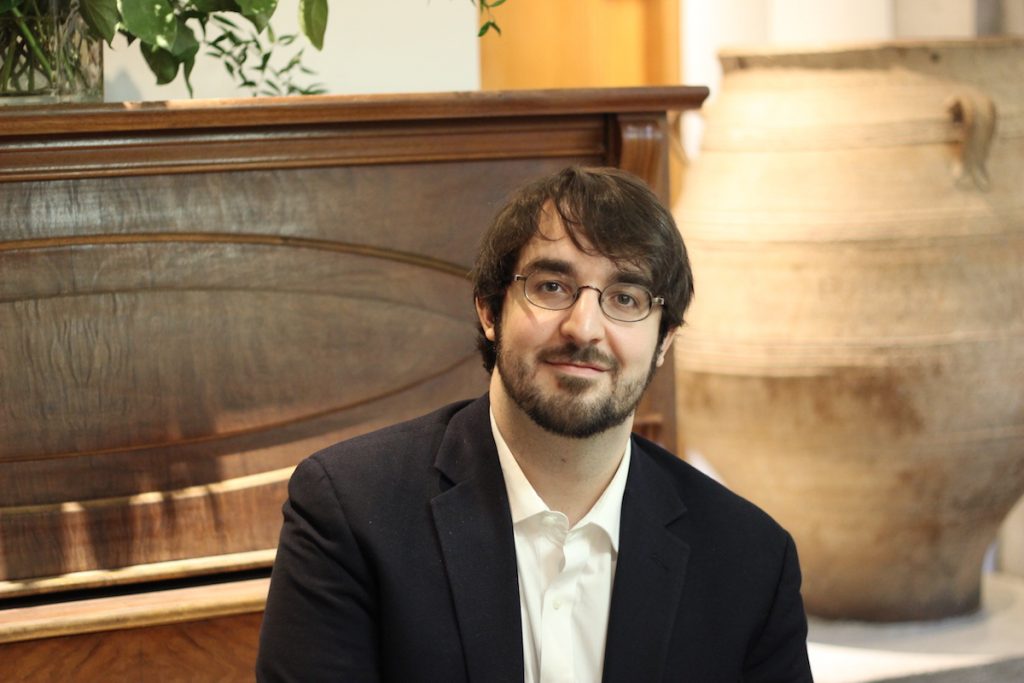 “There is a wonderful tension in Chopin’s Concertos between the tutti of classical orchestras and the more whimsical piano part,” Richard-Hamelin explains. “The two cannot be approached in the same way. With Kent Nagano, we sought a contrast between the austerity of the orchestra and the freedom of the piano.”

Chronologically, the Second Concerto was composed first, in 1829, which could explain its lead position on the album. It is dedicated to Countess Delfina Potocka, one of Chopin’s close friends and a confidante who stayed by his deathbed in 1849. The Concerto No. 1, written in 1830, is dedicated to the German pianist Friedrich Kalkbrenner.

“Chopin wanted us to savour each detail in the piano part,” Richard-Hamelin says. “His concertos are like arias with orchestra that last 40 minutes. This is pretty much unique in the repertoire.”

The pianist took the time to analyze each passage of these wordless melodies, in which, as often is the case in Chopin, the 40 to 50 notes of irregular contours appear: “I really made the effort to feel the points of tension in each of the notes, since they’re not made to be played all the same way, same speed or same vivacity. There are dissonances and contours that need emphasis. Time has to be elastic with Chopin.” 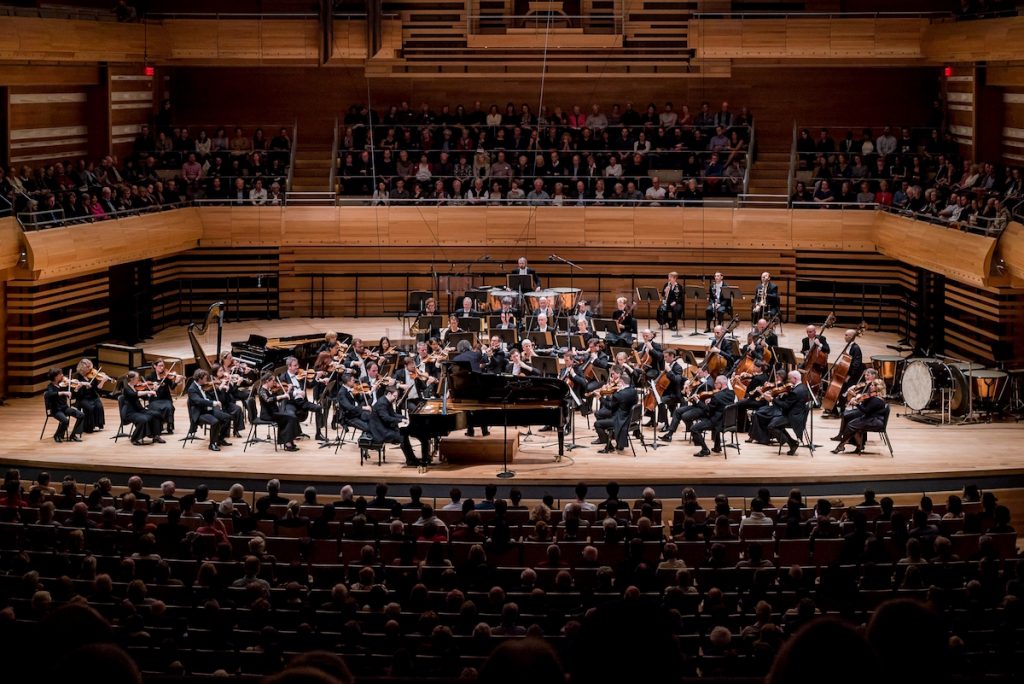 The world can now enjoy this made-in-Quebec success. You need only acquire this jewel and expand your own time to savour, on a calm weekend, the waves of romance of the First Concerto, or the will-o-the-wisps in the finale of the second. Listen to the orchestra and pianist breathing as one, in each line, each movement; take the time to feel the delicate, vulnerable music of Chopin placed in the hands of one of its most stirring interpreters. This album is an offering, a balm and an embrace.