Conductor, violinist and educator Iwan Edwards passed away on the morning of March 4, 2022, at the age of 84. Last issue, he was interviewed by Marie-Claire Fafard-Blais for our feature on the St. Lawrence Choir’s 50th anniversary. In 2019, he contributed a three-page retrospective on his career.

We pay tribute to Edwards by publishing the memory of my first experience singing with him (blog post from 2014).

Visit the Facebook Group “Remembering Iwan Edwards” for more memories from those he touched: www.facebook.com/groups/3115218298732574/

Filmmaker Amena Ahmad is working on a documentary on Iwan Edwards: Once & For All

Last Sunday (Nov. 30, 2014), I attended conductor Iwan Edwards’s Farewell at Concerto Della Donna’s final concert at a standing-room, sold-out concert at St. George’s Church. It was good to see Iwan on the podium again, having sung for him with the St. Lawrence Choir and the MSO Chorus many times in the 1990s.

Midway through the first half, I suddenly remembered the first time I sang with him, 25 years earlier in 1989. It was days following the Dec. 6 massacre at the Ecole Polytechnique in Montreal. I was a Master’s student in Mathematics at Concordia after completing a Bachelor’s of Engineering at McGill, with a growing passion for choral singing. After years as a member of Mary-Jane Puiu’s non-audition McGill Choral Society, I had also joined her Cantare, the youth choir of the St. Lawrence Choir. 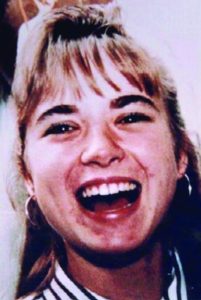 One of the 14 female victims of the massacre was Geneviève Bergeron, a member of Cantare and graduate of FACE school, a girl who had a joie de vivre and was looking forward to becoming an engineer. She had always wanted to sing Mozart’s Requiem, and her friends convinced Iwan Edwards, who was one of her teachers at FACE, to conduct a concert in memory of Geneviève and the other victims. Students, graduates and teachers at FACE were quickly assembled to form the choir, orchestra and soloists. Mary-Jane invited members of Cantare to join, and since several of us had sung Mozart’s Requiem with the McGill Choral Society the previous year, we readily accepted. For myself, as an engineering graduate, I was eager to participate as my sign of defiance against the killer.

After two rehearsals, the chorus of 100 along with soloists soprano Madeleine Palmer, mezzo Julie Beaulieu, tenor Benoit Gendron and bass Gregory Aitkinson marched through the halls of FACE School, passing through the wings of the auditorium before taking our seats in the choral risers for the memorial concert just about one week after the massacre. In attendance were Bergeron’s family, the mayor of Montreal, and other dignitaries.

Mozart’s Ave verum corpus opened the concert. It’s a short a cappella work that is simple yet sublime. Iwan evoked some magic that night as I and every singer around me felt goosebumps immediately, yet I was able to keep my composure to the end. It was the most moving musical performance I have experienced, matched rarely as a performer or an audience member. The Requiem was equally memorable, a moving way to remember the victims. 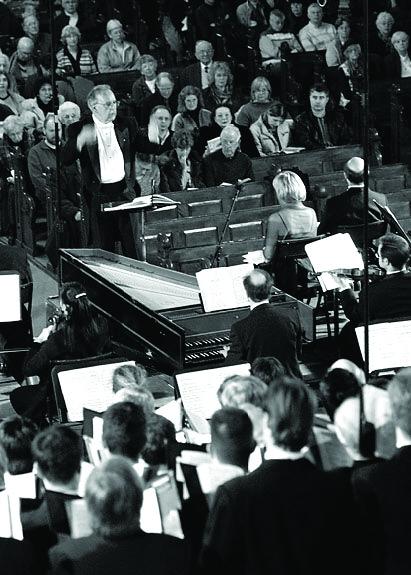 As I continue to listen to Concerto Della Donna, I wonder now if the first Dec. 6 memorial concert has played a part in Iwan’s founding of Concerto Della Donna some 10 years ago, although he hasn’t made mention of it anywhere. Part of me wished that Iwan could eke out just one more Farewell concert to reprise that first concert with the same Mozart works and with the same performers. I’m sure most of us would gladly clear our schedules.

Alas, it is not to be. In 1994, for the fifth anniversary, Iwan was passed over for the memorial concert featuring Mozart’s Requiem performed by his St. Lawrence Choir at the Notre-Dame Basilica; Agnes Grossman was chosen, politically-correctly, to conduct. For the 10th anniversary, Mozart’s Requiem rang out at St. Joseph’s with another choir and another conductor.

But those memories of the first concert came flooding back to me at Iwan’s Farewell. This experience helped shape me as a musician and a human being. Thank you Iwan.