At the height of the Cold War (1947-1991), Richard Condon wrote a remarkable novel, The Manchurian Candidate. Both a political thriller and a frightening scenario for a major penetration of the American democratic system, it was based on the possibility that the Russians and North Koreans could brainwash an American soldier during the Korean War, and program him to assassinate a presidential nominee when he got back home.

Within a few years, The Manchurian Candidate had been turned into a film, directed by John Frankenheimer, which made the story even more compelling. Today, at a time when the Russians are again threatening the United States through the use of cyber technology, Kevin Puts and Mark Campbell have turned the story of the Manchurian Candidate into an opera. The opera was premiered last March by the Minnesota Opera and just last week received its regional premiere in Austin, Texas. The subject matter of The Manchurian Candidate could not be more timely, given the unsettling nature of America’s current presidential campaign. 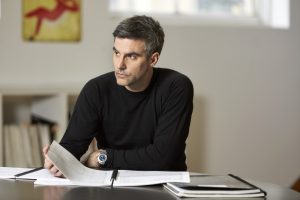 Reviews of the premiere performances of the opera in St. Paul last year were mixed, to say the least, with some critics comparing the opera unfavorably to Silent Night, an earlier collaboration between Kevin Puts and Mark Campbell. Puts won a Pulitzer Prize for his music for that opera. The Manchurian Candidate, however, may turn out to have a much longer life than some reviewers anticipated. It is already on Ft. Worth Opera’s roster for 2019. My own opinion, based on the semi-staged version I saw in Austin, is that it is one of the best new operas I have seen in years and deserves to be seen across the country.

George Axelrod wrote the screenplay for the 1962 film The Manchurian Candidate, and Mark Campbell, composer Puts’ librettist, seems to have stuck to Axelrod’s distillation of the Condon novel. What Axelrod left out is pretty much what Campbell leaves out in the opera version. For example, in the novel, Raymond’s mother takes him on a tour of foreign countries where he kills a number of people – sort of a trial run for what she wants him to do back in the U.S. – but these episodes are left out of both the 1962 film and the opera. Campbell and Puts also adopt a cinematic approach which recalls the film more than the novel. In the opera, most scenes are fairly short and flow directly into other scenes in the manner of a film rather than a play.

I recently reviewed the first recording of Carlisle Floyd’s opera Wuthering Heights (Reference Recordings FR-721) and I was struck by how much the opera was based on the famous 1939 film starring Laurence Olivier rather than on the original Brontë novel. While it can be helpful for composers and librettists to learn from film treatments of books, there is also considerable risk involved in this process, especially when the films are themselves iconic. The Axelrod-Frankenheimer film of The Manchurian Candidate is now as much a classic in its genre as the book was in literature. Puts and Campbell must have known that their opera would be compared to the film, and would have to be nothing short of brilliant to survive the comparison, and that composer Kevin Puts would inevitably have his music compared to the superb score written by David Amran for the Frankenheimer film.

While the opera does suggest that its creators have made a close study of the 1962 film, it nonetheless has strength and character in its own right. Puts generally writes in a neo-romantic style, as is the case in this opera. That, for me, is a plus. I have a very low tolerance for opera without melody and I am somewhat weary of the John Adams type of repetitious minimalism as the basis for an operatic score. Not only is there melody in Puts’ score for The Manchurian Candidate; he also knows how to create atmosphere and build a climax, making use of popular elements when appropriate. The “march” music, in the style of Sousa, used for Raymond’s homecoming, and the strumming of a banjo in the party scene are very effective elements.

Having Marco’s dream unfold simultaneously with Andrew Hanley’s dream was also a brilliant idea. It is, after all, a major turning point in the story that not one, but two soldiers in Sergeant Shaw’s unit had the same dream. Another compelling moment was the build-up to the assassination at the end, followed after the event and before the final curtain, by quiet music of moving beauty and thoughtfulness. The Manchurian Candidate film makes this transition quite well, but the opera may do it even better, via the unique power of music.

One major difference between the film and the opera was evident in the climactic scenes toward the end of the story. In both the film and the opera, Marco desperately tries to reprogram Raymond to prevent the assassination of the presidential candidate. In the film, we don’t know that Marco has been successful until the very moment the shots ring out in the convention hall as Raymond kills Senator Iselin and his mother, and then commits suicide. In the opera, Marco explicitly tries to convince Raymond to do just that instead of killing the presidential candidate. Some could argue that Campbell and Puts have thereby taken much of the suspense out of the ending of this story.

At the Q & A after the Austin performance of the opera, the composer said that he and Campbell were probably going to make some changes before the next production of the opera. Perhaps they might want to reconsider the content of the reprogramming scene.

It would be difficult to overpraise the quality of the Austin production. Alison Moritz showed great imagination in laying out the action in and around the orchestra onstage at the Long Center. Greg Emetaz’ projections on a screen behind the orchestra were beautifully conceived and perfectly executed. In spite of all the killing that goes on in the course of the opera, no one onstage carried a gun; instead, the singers used hand gestures to simulate the firing of weapons while well-timed videos of guns being fired appeared on the screen.

The cast was headed by the fine Texas baritone David Adam Moore, whose challenge as an actor in this opera is to portray a well-trained soldier, while not appearing overly robotic. His character, Raymond, although “programmed,” is still a man who functions reasonably well when he returns to his own country. Moore managed to achieve this delicate balance and sang with power and passion when required.

Soprano Brenda Harris, as Raymond’s mother, had sung in the Minnesota premiere of the opera and was a dominant presence whenever she was on stage. Austin soprano Mela Dailey as Jocelyn Jordan, the love of Raymond’s life, also lit up the stage whenever she appeared with a youthful innocence that was entirely appropriate to her character.

I have always admired baritone Donnie Ray Albert, another Texas native, and he was in top form in this production as Andrew Hanley, and later, as the Secretary of Defense. As always, his diction was perfect and his voice sounded richer than ever.

Richard Buckley, Austin Opera’s Artistic Director, conducted with his usual authority and consistently achieved near-perfect balance between the solo voices and his musicians. Kudos to composer Kevin Puts for his skillful vocal writing and for giving the orchestra prominence when it was required, yet never at the expense of the singers.

Mark Campbell and Kevin Puts have created an opera that is clearly indebted to a classic film; that said, they have successfully customized that film experience for the operatic stage. The Manchurian Candidate, the opera, is both gripping and entertaining.