The hundredth anniversary of a composer’s birth is usually marked by a respectful revival. Not in Malcolm Arnold’s case. The English establishment has always held this remarkable composer at arm’s length, in part because he had the effrontery to win an Oscar (for Bridge on the River Kwai) and in part because of erratic conduct that once landed him in a mental hospital.

Musically, there was nothing mad about Malcolm (I knew him a little and liked him a lot). His nine symphonies are inventive, entertaining and often virtuosic in their orchestral finesse. In 2021, only one of them was performed – the Fifth at the BBC Proms – and no new recordings appeared. 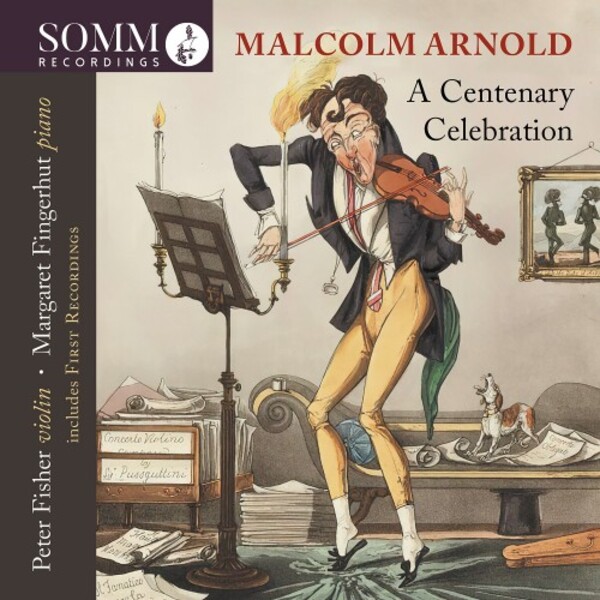 Admirers have had to make do with this modest violin-piano release by Peter Fisher and Margaret Fingerhut, an hour-long romp through the wit and wildness of an uncommonly memorable creator. The two substantive pieces here are violin sonatas, the first light-hearted from 1947 and the second, six years later, darkened by pizzicato mutterings and sombre ruminations. Yehudi Menuhin inspired five more pieces for violin and piano.

The arrangements here of Arnold’s English and Scottish Dances need to be played on New Year’s Eve after a whisky or two. The whole recital is a delight and the performers have earned my gratitude.

But orchestras should be thoroughly ashamed of their ban on his symphonies.