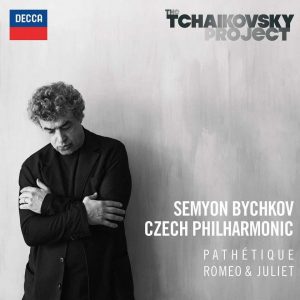 For a troubled London teenager in the 1960s there were three available sources of relief. One was illegal, one was immoral and the third was available every other week at the Royal Festival Hall. I took myself to hear the Tchaikovsky Pathétique more often than I remember, sitting in the backless choir seats, watching the wealthier part of the audience indulge in plush catharsis.

Over time, the relief wore thin. Tchaikovsky gave way to Mahler and the Pathétique became a rare item, out of fashion, off the concert menu. Semyon Bychkov’s new Tchaikovsky series on Decca is well timed to rekindle interest. It is also exceedingly well played – not by a Russian orchestra but by the Czech Philharmonic which brings out Slavonic russet colours rather than Baltic grey. The brass is polished like a ministerial doorplate and the strings know how to sing.

The benchmarks for this symphony are mono in both uses of the term, aural and chromatic. Recordings by Mravinsky and Furtwängler, on single-speaker DG, span the emotional kaleidoscope from severe restraint to full-blown self-pity. That leaves a football field’s worth of wriggle room for modern interpreters. Among latterday recordings, Pletnev’s laps the rest of the field.

What Bychkov brings is a balanced austerity reminiscent of Mravinsky, a survivalist determination that is driven at just the right pace to sustain dramatic coherence. The waltz dances with a decadent, antediluvian grace, the vivace bristles with neuroticism and the finale, while sad, never sobs its heart out.

It would not have worked for me as a teenager. In mid-life, however, it conveys multiple shades of experience and an ending that is almost ideally irresolute. I like Bychkov’s way with the Pathétique better than any modern contenders. But Decca should have placed it last on the disc. Romeo and Juliet dispels the impact.