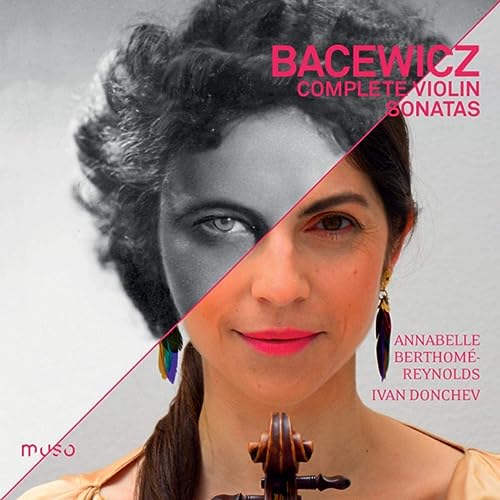 The missing voice in modern Polish music is female. At the time of her early death, aged 59, in 1969, two contemporaries of Grazyna Bacewicz, Lutoslawski and Penderecki, were world famous and two others, Panufnik and Gorecki, were laying down tracks for the future. Poland punched well above its weight on the musical map, yet Bacewicz, alive or after, was barely heard.

This was not a direct consequence of male prejudice; Lutoslawski, for one, had great respect for her music, as did David Oistrakh. Rather, it was due to personal shyness, allied to an inability or an unwillingness to begin a work with an assertive, upbeat statement. The way Bacewicz composed was to sidle into a room with murmured courtesies before drawing the listener quietly into a conversation of increasing fascination.

An accomplished violinist and friend, the eight works on this release for violin and piano reveal as much as we are likely ever to know about her inner world. There is Bachian ambivalence in her 1941 sonata – Bach might have been linked in her mind with the brutal German occupation – and a concealed modernism in the Partita of 1955, albeir a modernism that is designed not to offend the Communist regime. Every work of Bacewicz informs us that her life was hard and her freedoms limited. But once the conversation starts, you really don’t want it to end.

The excellent players here are Annabelle Berthomé-Reynolds (violin) and Ivon Donchev (piano). They really get it.