Around this time in 2015, two musicians of international standing, John Hollenbeck and Jean-Michel Pilc, were setting up shop in Montreal. Both were hired that spring by McGill University’s Schulich School of Music. Their arrival served to enhance the reputation of its jazz ­program, known to be among the best in the land, if not beyond. Three years down the road, it’s time to see what they have been up to. 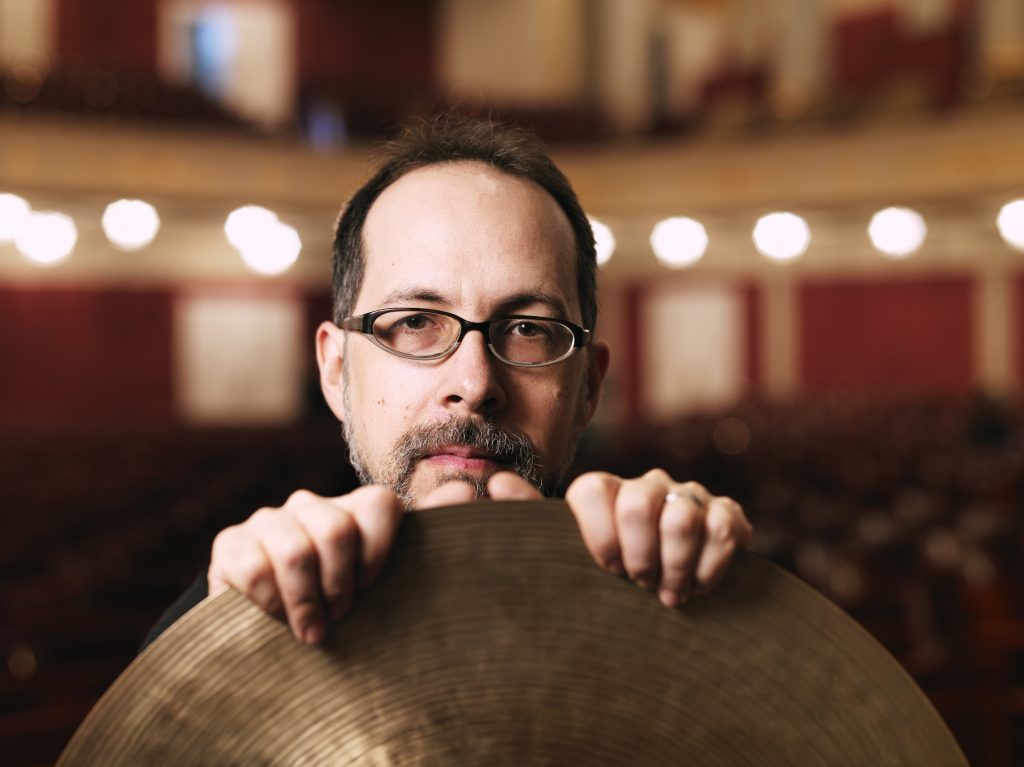 In mid-July, drummer John Hollenbeck took over Jean-Michel Pilc’s duties as director of the school’s jazz performance program. This will entail an extra workload for him on the home front, forcing him to scale down his touring activities. “In the last two years, I was away a lot and didn’t have much time to check things out here, but I plan to do that now,” he says. Born and raised in New York State, Hollenbeck was previously based in Berlin, teaching there for six years at its jazz school. Given his experiences on both sides of the pond, it enables him to put things in perspective and compare our city to the German capital, not to mention the Big Apple, where he started his career.

“New York, as we all know, never lets up,” he notes. “It’s fast-paced and stressful all the time. Berlin, in contrast, is more laid back. ­Montreal, I must admit, was totally unknown to me. In fact, I never managed once to get my group here (the Claudia Quintet), at least till 2016 when the Off Festival offered us a gig.”

As for his coming to Montreal, he credits a former McGill grad, ­saxophonist Anna Webber: “She also lived in Berlin for a time, where I first met her, but has settled in New York since. She let me know ­there’s a strong experimental scene here, not unlike the one [in Berlin]. I still have to investigate this, but I do get a sense of that anyway.” That said, he sees one main difference between the towns: mainstream jazz has a greater presence in Montreal than Berlin, where it is almost nonexistent, save for the school he taught at.

For all of his time away, Hollenbeck was not totally missing in action locally. For starters, he presented his New York large ensemble in ­October 2015. Six months later, he first played with Webber and ­pianist Matt Mitchell in her trio, then with his quintet at the Off ­Festival. June 2017 marked his debut with the ONJ Montreal. For it, he composed a work for its annual Montreal International Jazz Festival appearance, one that earned an Opus for Jazz Concert of the Year from the Conseil québécois de la musique. Last winter, Hollenbeck shared the spotlight with |pianist Marianne Trudel, bassist Rémi-Jean Leblanc and stellar New York tenorman Tony Malaby. Now in the ­offing are two performances at the upcoming OFF Festival (more on that in next month’s column) and a first on-stage all-improv encounter with his McGill colleague Jean Michel Pilc at Upstairs Jazz Bar (see below).

For the New Year, the drummer will cut a new side with his quintet and record the final part of a trilogy around contemporary pop tunes reworked for jazz orchestra. At this writing he is finishing up a kind of soundtrack for an unusual documentary on the sun and will then focus on his OFF Festival concert.

Our Man From Paris 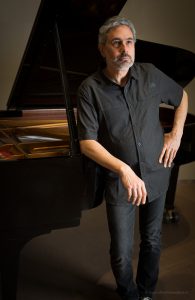 Pianist Jean-Michel Pilc, for his part, took the dive into the local jazz scene from the get-go. Weeks after settling in, he teamed up with a pair of our city’s finest, the youthful veteran drummer Jim Doxas and the up-and-coming bassist Rémi-Jean Leblanc. This unit found a most welcoming home at Upstairs. Not one to stay put, the native Parisian and ­former New Yorker has gone out of his way to find new playing partners, the likes of Yannick Rieu, Frank Lozano, Christine Jensen, Joel Miller, drummer Michel Lambert and a surprise guest appearance with the ONJ, in need of a last-minute sub. This flurry of activity, however, does not hamper his travels abroad, for he manages to tour Europe on a steady basis while making stateside visits. Here is one musician who definitely contradicts that old put-down of people who teach because they “cannot do.”

His active involvement in the community is also indicative of his general outlook. “When people ask me if I miss New York, my answer is not really,” Pilc states. “Everything is so competitive there – schools, clubs and what not. The truth is there are a lot of myths about the place. In Montreal, the climate is much more humane, and you sense it at ­McGill, too: it’s the music that counts above all.”

Somewhat serendipitously, Pilc released a solo album three years ago (What is this Thing Called…, Sunnyside Records), coinciding with his arrival in Montreal. Last July, he did it again, doubling the ante, so to speak, with a twin-disc offering (Parallel, Challenge Records). The first side comprises no fewer than 23 cuts, most of them miniatures of less than four minutes, the companion disc clocking in at 68 minutes is delivered in an almost stream-of-conscious flow, with only brief pauses and passing references to standards along the way.

A fearless improviser at heart, Pilc organized earlier this year at ­McGill the Improv Workshop Project (IWP), a rallying point for both teachers and students. Its website (www.improvworkshop.com) posts audio-visual performances of ensembles playing in both its rehearsal rooms and on stage (at Café Resonance), with some interesting after-the-fact comments by its participants. But he wishes to nurture this brainchild of his by bringing in musicians of all levels to the fold, even artists in other fields.

Given his past accomplishments, critics tend to pigeonhole Pilc ­within the jazz mainstream, but the pianist spreads his wings wider. ­Interested parties will be able to witness this for themselves in the weeks to come, when he premieres, on October 27, a foursome with ­Hollenbeck and twin saxophonists Erik Hove and Samuel Blais, a unit he calls Paperless Composers. Forget the lead sheets: these cats are gonna blow now!