A year ago, change was in the air at the Off Jazz Festival in Montreal. For one, its administrative director was stepping down after 18 years while several members of its programming committee bowed out. Replacements have since been found, the new director of operations being Geneviève Morasse, a violinist by trade, and four new faces in charge of programming, all under the supervision of Gabriel Vinuela-Pelletier, the lone holdover from last year. Harmonicist Lévis Bourbonnais, finally, ­soldiers on as its chair, a position he has occupied for close to a decade.

The schedule for this year’s 20th edition is true to form, with a wide array of jazz styles represented, and some beyond. Of the 22 shows slated, three fall in the latter category, and a fourth including Joel Miller’s festival opener profiled last month. 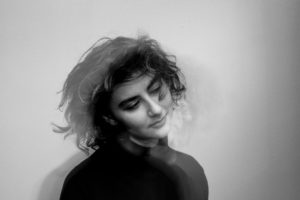 The programmers this year were really taken by a proposal from Sarah Rossy, a native Montreal pianist and vocalist. Aside from herself, the group she leads comprises bass, drums, sax and a string trio of violin, viola and cello. This first festival appearance tops off a particularly intense year and a half of musical ­activities. February 2018: Month-long intensive ­performance workshop in Berlin. April: Forms her first chamber ensemble following a successful application for the Eleanor Stubley Recording Prize at McGill University. May: Finishes third in the final round of the Ella Fitzgerald Vocal Competition in Washington D.C. August: Participates in the summer intensive course at the Banff Centre for the Arts. February 2019: records a new version of her group, formed three months prior. April: Completes her Masters in Music at McGill.

The music, for its part, is shimmering with quiet intensity, full of subtle timbral and ­dynamic shadings that justify the chamber ­ensemble moniker. Introspective as it may seem, it is also adventurous, both from a melodic and harmonic angle. As leader, Rossy writes and arranges all compositions, including lyrics, which she intones with an airy and dreamlike voice. For those who enjoy the art of song minus the mannerisms of jazz divas, here is one songstress worth the listen. For the show, there will be one less string player, but a video artist provides widescreen projections. 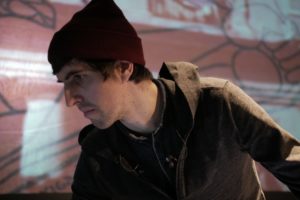 Pianist Gabriel ­Vinuela-Pelletier, of Parc-X Trio fame, immersed himself into a genre-bending multimedia project earlier this year. Its instrumentation consists of violin, vibes, voice, drums and bass, himself on electric keyboards and live electronics, with projections ­provided by a video artist. This ambitious ­undertaking is inspired by a collection of poems of the same name penned by his Chilean father, who fled the country after the 1973 coup d’état. The work received its ­premiere last March, at the end of a ­residency in Chicoutimi, held under the ­auspices of the CEM (Centre d’expérimentation musicale), a local new music collective.

Known by most as pianist Lorraine ­Desmarais’s trio sidekick, double bassist Frédéric Alarie is also an avid explorer of sounds on his instrument. For two decades he has devoted himself to ongoing solo ­project, as documented on four albums, the latest on the bass played by jazz legend Scott LaFaro. In this new installment, he pushes the envelope even further by incorporating an electronic setup of his own design. What he has done is to assemble a series of 10 modules, or boxes, that store a wide range of sounds both natural and re-sampled, each box activated by specific pitches from his bass through a foot pedal. Conceptually, he describes his approach as the meeting of two unlikely universes, one drawn from the melodic and harmonic language of Ravel, the other derived from Stockhausen’s ­“intuitive music”. For his Montreal premiere, Alarie just spent a two-week residence at the CEM, working with percussionists Robert Pelletier and Charles Côté, both of whom will participate in the show with yet another video artist in tow.

This and the previous show are scheduled together on Fri. 11, 8 p.m., at the Ausgang, a new festival venue.

From Improvisation to Composition

Recorded last July, the ONJ Montreal ­delivers on closing night the music of its long-awaited third album, to be released as a digital download only. Penned by its trombonist and chief music director Jean-Nicolas Trottier, The Mystic Mind Suite will feature not only his sterling writing but added contributions from three guest soloists, saxman Yannick Rieu, ­pianist Rafael Zaldivar and guitarist Sylvain Provost. Sat. 12, 8 p.m., l’Astral.

Once dominated by free-jazzers, pianoless groups are now a dime a dozen, even in more mainstream settings. Here are three bands that need no keys to strut their stuff.

In 2018, the festival awarded its François-Marcaurelle Prize for rising talents to reedman Jean-François Ouellet and his quartet, who take a few cues from of a certain M. Coleman, including his first name. This band will surely delight enthusiasts of swinging post-boppish grooves with their own tunes, some old and a few new ones, too. Wed. Oct. 9, 5 p.m., Café Résonance.

Drummer Ivan Bamford pays tribute to the work of Thomas Chapin, a barnstorming saxophonist who died far too early in 1998, barely in his ­forties. With alto sax and drums, this unit catches the infectious spirit and fun of its dedicatee. A must-see for anyone who likes jazz served piping hot. Thurs. 10, 5 p.m., Café Résonance.

For complete schedule and ticket information, go to www.loffjazz.com

…and on Disc: Pi Recordings 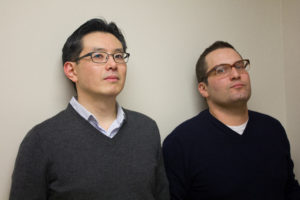 Now that major labels bank more on their existing jazz catalogues than recruiting new talents, indies, in contrast, are those with their ears to the ground. Some take it a step further by seeking out artists with a decidedly forward-looking attitude.

Of those labels, Pi Recordings is definitely committed to the cutting edge of American jazz. This NYC imprint was up and running in 2001, its founder Seth Rosner being an avid fan of the AACM (Association for the ­Advancement of Creative Musicians), a Chicago-based Black music collective often mentioned in past sections. After a year in business, the budding producer gets a call one day out of the blue from someone expressing his excitement about the first four releases. The caller, Yulun Wang, happens to share the same musical tastes and asks for a meeting. Both men hit it off immediately, so much so that Wang offers to partner with Rosner. “This was a major change for me,” recalls Wang. “I was leaving a long career in the finance sector and looking to explore new life possibilities. And the rest, as they say, is history.”

In spite of the shaky situation in the record business, Pi seems to be riding a wave of late. That it now has some 80 titles in its catalogue is a good sign, but its future prospects also look bright, with three new releases scheduled for the fall and another nine in the offing.

At the peak of the CD boom early in the ­previous decade, the label producers could have joined the fray by churning out new ­albums by the dozen but they thought better to hold themselves to about six titles per annum, a wise decision in hindsight. “This forces us to make really hard decisions about adding new artists to our roster,” Wang ­explains. Both men spend a lot of time ­weighing the merits of the artists and ­projects to support, boiling it down to originality, sheer ­creativity and potential impact on the expansion of music itself.

The current visibility of the label rests in no small part on such decisions taken from day one. At the outset, Pi sought out visionary artists like reedmen Roscoe Mitchell and Henry Threadgill as well as trumpeter Wadada Leo Smith (all first generation members of the AACM), only to open its doors to younger-generation mavericks like alto ­saxophonists Steve Lehman and Rudresh ­Mahanthappa, pianists Vijay Iyer and Matt Mitchell, and guitarist Liberty Ellman. Its ­editorial policy thus favours original music from those who never play it safe.

Early in the new year, the label landed its biggest coup to date with We Are on the Edge, a widely celebrated twin-disc set from the AACM’s flagship group, the Art Ensemble of Chicago, a release ­coinciding with its 50th anniversary. More on the AEC in next month’s section, including a review of this album and their monumental 21-CD box set on ECM.

With regards to the much-discussed future of the compact disc in the marketplace, Mr. Wang is not ready to let the bell toll. Instead, he thinks sales have reached a temporary bottom and are holding steady for the moment. Yet, on the subject of ­istening and downloading platforms, he bemoans their ­existence. “They do hurt us,” he concedes, “and we have decided not to participate in such streaming platforms because of the pittance that we would likely get back in royalties. But if the entire industry would opt for streaming, that would probably ­signal the end of the label, as least as we know it.”

As for the resurgence of vinyl, its impact is marginal for Wang, and in no way a viable ­option. High production and shipping costs, low profit margins, difficulty for musicians to carry them on tour, long lead times: all these factors conspire against it. Wang offers this final pointed observation: “Our experience has shown that people love vinyl as a concept, but when it comes time to whip out the wallet, they will get a historical recording in that ­format rather than a new release.”

Note: Titles on this label will be reviewed in December in our traditional annual record roundup.