Western Classical music is Eurocentric by nature. Centuries ago, the so-called Old World made up the rule of an art form that would gain universal acceptance as something of a legit form of culture. Performers and composers working within the confines of that tradition are found everywhere nowadays, and need not have been raised in any one its countries or lived there to play this musical cannon with proficiency. Over the last century or so, foreign influences have seeped into it, be they the exotic scales of the Far East or the syncopations of the Far West. American composers for one would be drawing on native sources to inform their own work, be they prairie folk songs, Native American chants and, lest we forget, African American music, both sacred and profane.

Yet, for the diversity of those musical sources, composers of concert music have always been overwhelmingly white, the cultural politics of the union enabling them far better access to the resources needed to realize their musical ambitions than for any of their racialized counterparts. This reality has largely overshadowed the existence of a lineage of Black American composers whose place in history has been buried in its footnotes, at best, or else fallen completely through the cracks. Some more knowledgeable music buffs may well drop a few names as a show of erudition, but are rarely capable of extending their lists when pressed. The truth is there are more than you think, and the following lines are precisely devoted to this task.

With that intention in mind, composers of African American ancestry were not the only ones left out in the cold; several performers were as well. There is actually no short supply of young Black men and women whose aspirations of becoming classical musicians were thwarted and simply shunted off into popular music. Two examples of note are the composer Billy Strayhorn and singer-pianist Nina Simone, the first achieving a measure of notoriety as Duke Ellington’s trusted right hand, the latter as a diva of protest songs who was equally adept at playing the music of Bach.

Other Times and Other Places

But times they are changing, albeit at a snail’s pace. History is being dusted off, so to speak, thanks to a pair of recent recordings that shed light on music produced by African American composers of past and recent vintage. The first is a compilation of piano music penned by eight American composers, all but one of them African American (the exception being Frederic Rzewski). American Heritage (Zoho classix 202008) is an 18-track compendium performed by Jeni Slotchiver, a specialist in the works of Busoni, according to the bio outline included in the 12-panel leaflet. More than playing the piano, she has provided the listener with a set of very informative notes on each of the composers and their respective works.

Of the lot, the most famous is/was the 19th-century keyboard virtuoso of mixed race Louis Moreau Gottschalk, celebrated in his day as a kind of American counterpart to Chopin. Two items of his are included here, Union, a threading of several old evergreens, and Banjo, an excerpt from his Grotesque Fantasie, Op. 15. Born in England, Samuel Coleridge-Taylor would actually make a name for himself in America at the turn of the 20th century, but remained a promise unfulfilled due to his untimely death from pneumonia at age 37 in 1912. His Deep River (Op. 59, No. 10 from his Twenty-four Negro Melodies of 1904) opens the disc. Closer to us in time is William Grant Still (1895-1978), whose The Blues from Lenox Avenue (1937) and an adaptation of Swanee River (1939) are included elsewhere on the disc. 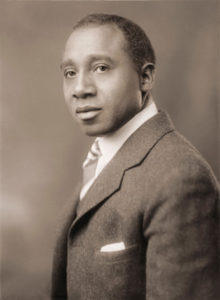 Two women composers appear, Margaret Bonds (1913-1972) and Florence B. Price (1887-1953), the former with Troubled Water, a heavily jazz-tinged reworking of the traditional Wade in the Water; the latter with three miniatures from her Dances in the Canebreaks. Clocking in at about 18 minutes, the six pieces of Harry Thacker-Burleigh’s (1866-1949) From the Southland are the album’s centrepiece. The final two items are Dance “Juba” by Robert Nathaniel Dett (1882-1943, a native of Niagara Falls, Ontario) and Shenandoah, a reworking derived from Keith Jarrett’s own take on that traditional number.

All told, this 70-minute journey in time is a quaint piece of memorabilia, with Debussyan harmonic touches, occasional blue notes, jaunty syncopations, even a jazzy vamp figure. A definite salon music feel runs through these pieces as well, the older ones in particular, and a recurring use of period American popular songs clearly sets this music apart from musical inventions borne out of the European tradition.

From that older repertoire, we turn now to the late 20th century, this time with the music of a single composer, the late Julius Eastman (1940-1990). Piano Interpretations (Intakt CD 305, 2018) is a singular release in a couple of ways, the first being the performers, a Swiss foursome of keyboard players known as the kukuruz quartet (the Hungarian word for “corn”). The second, and more important aspect here, is the music itself, four pieces in total ranging from the opening eight-minute track all the way up to the closing half-hour pièce de résistance. While the former, Fugue no. 7, and Buddha (track 3) may seem inocuous as titles, the second and fourth tracks are attention getters, to say the least: Evil Nigger and Gay Guerilla. Provocative as they are, these works are revealing of their author, a gay African American man, whose passing in his prime was due to, you guessed it, AIDS. 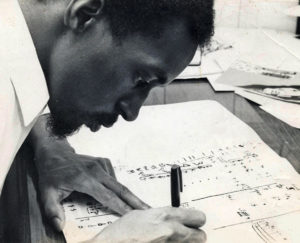 In the decade plus of his activities on the New York new music scene, Eastman hobnobbed with the heavies – Feldman, Cage and some of their progeny – yet like so many composers felled too early, his work was rapidly written off, at least till now. In that era, the 1970s and 1980s, the minimalist school was the hot ticket in town, and Eastman was in the middle of the fray with his own rhythmically charged repetitions that would gradually morph over time, some almost prohibitively long, as in the final track. From the single note struck at the onset of the opener to the massive final cluster chord decaying for over half a minute in the finale, the journey is an intense one, with shards of melody reiterated periodically over an insistent and densely layered rhythmic framework. Buddha, on the other hand, is an almost jarring contrast in that the performers tap and rub strings within their instruments with not a single key depressed throughout. A favoured device of Eastman is his use of dynamics in a way to make the music soar in intensity before bringing it down suddenly and allowing it to build again to another climax. Apart from the impeccable recording quality, this album is rounded off by an authoritative essay from George Lewis of Columbia University, an eminent trombonist, composer and scholar of the African American experience. In his notes, he also reveals two more forgotten names – Thomas Wiggins (1849-1908), a.k.a. Blind Tom, and Julia Perry (1924-1979), both subjects worthy of further investigation.

In the conclusion of his notes, Lewis reveals a kernel of truth that applies to the recording he so extolls. “[…] the kukuruz quartet renders Eastman’s spirit of adventure audible and sensuous, exemplifying a new creolized formation of contemporary music that is able to embrace a multicultural, multi-ethnic usable past and thinkable future that can affirm our common humanity in the pursuit of new music.” If we except those ‘contemporary’ references, the rest of the statement has relevance when considering the music documented on the other album discussed in this piece, especially with regards to its sensuous qualities, ably expressed by the performer in her interpretations.

For extensive essays on the composers and works of the former recording go the artist’s Website.