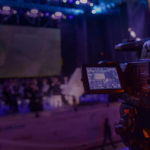 Certain streaming platforms are more adapted to the expectations of classical-music lovers than the big names in popular music; notably for search accuracy and listening quality, with lossless compression formats. The Idagio platform offers gift cards for those who would like to give a subscription as a gift. www.idagio.com  AR 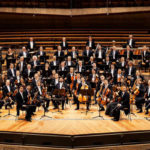 One of the world’s greatest orchestras, the Berlin Philharmonic, streams all of its concerts in state-of-the-art audio and video. And hundreds of past concerts are also available in its archives, conducted by Karajan, Abbado, Rattle, Petrenko, Haitink, Blomstedt and many others. Great value for money! $19.99/month or $199/year. www.digitalconcerthall.com  PER

The Disney Book by Lang Lang

Following the success of The Piano Book released in 2019, where he performed his favourite pieces on the piano in an effort to motivate young pianists, Lang Lang now takes on the Disney classics with The Disney Book. Rediscover When You Wish Upon a Star, Beauty and the Beast, Let It Go or A Whole New World played on the piano accompanied by the Royal Philharmonic Orchestra under the direction of Robert Ziegler and many prestigious guests, including Andrea Bocelli and Jon Batiste. A must for the whole family, all generations included. Available on disc, as a deluxe version or as a digital download. Starting at $16.99. www.deutschegrammophon.com  MB

Beethoven: The Symphonies, with Yannick Nézet-Séguin and the Chamber Orchestra of Europe 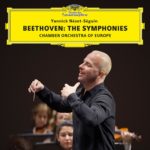 Yannick Nézet-Séguin and the orchestra manage to say something new about these masterpieces that have been recorded hundreds of times. Fast tempos but never rushed. A remarkable balance between the sections of the orchestra, where each musician is an accomplished virtuoso and fits perfectly into the ensemble. The primary characteristic of the performance is the enthusiasm of the conductor and the orchestra. It sings, the dramatic impulses are there, the power also when necessary. Our Yannick demonstrates that power is not a matter of volume, but of interaction between themes and sections. It is a question of listening and, of course, execution. He makes us rediscover the work. Well done. Five-CD set on Deutsche Grammophon. PC

Mozart: Famous Sonatas and a Fantasia for Fortepiano, by Luc Beauséjour 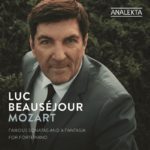 This remarkable February 2022 release on Analekta deserves to be on your gift list. Luc Beauséjour performs well-known sonatas such as the sonata K331 and its Rondo alla turca as well as the extraordinary Fantasia K397 with its melancholic accents. Something remarkable happens on this disc. Beauséjour’s interpretation is as classical as one can imagine. The tempos are very measured, there is no search for effect, and yet the emotion is palpable. Its primary strength is its clarity and elegance. In this context, small silences like in the Fantasy take on their full force. The pianoforte adds to this luminous clarity because each note is well detached. This recording is a great success.  PC

Sibelius: Complete Symphonies and Tapiola, with Klaus Mäkelä and The Oslo Philharmonic Orchestra

Klaus Mäkelä is the 26-year-old Finnish conductor who has risen to the top of his profession in an unbelievably short time. He is music director of both the Oslo Philharmonic and the Orchestre de Paris and will take over the Royal Concertgebouw in 2027. This is his first recording and it is superb. Decca Classics (4 CDs). $30.43 at Amazon. PER

A Note in Time by Janina Fialkowska 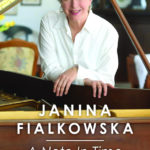 For music lovers interested in the written word, there’s nothing quite like experiencing a fine artist, in this case on the piano ivories as well as between the covers of a book. Canadian pianist Janina Fialkowska’s memoir is a totally absorbing read. From her growing up in Montreal to her early career, successes in competitions, championed by her mentor Arthur Rubinstein, to life on stage and off, to her bout with cancer which almost ended her career, to her eventual triumph from illness—there’s not a dull moment. Highly recommend. www.novum-publishing.co.uk JS

Overture of Hope by Isabel Vincent 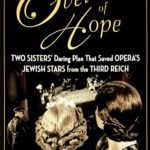 For opera fans interested in 20th Century history, here’s an absorbing and ultimately uplifting read, perfect for the Holiday Season. Overture of Hope tells the true story of Ida and Louise Cook, two British sisters, who were big opera fans in the 1920’s and 30’s and somehow managed to help arrange many Jewish musicians out of Austria and Germany to the safety of UK during the Third Reich, on the improbable request of Austrian conductor (and a favourite of Hitler) Clemens Krauss. Read the review of the book by Joseph So here. JS

Railways and Music, by Julia Westerman 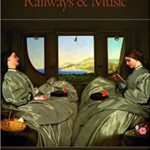 For anyone like myself who is obsessed with both music and trains, this is the book we have been waiting for. Westerman thoroughly explores the music inspired by railroads in classical music, jazz, country music and rock. Think Honegger’s Pacific  231, Villa-Lobos’s The Little Train of the Caipira, Harry Warren and Mack Gordon’s Chattanooga Choo Choo, Strayhorn-Ellington’s Take the “A” Train, or Wreck of the Old 97 sung by Johnny Cash. Paperback, published by University of Huddersfield Press,  $38.57.  PER 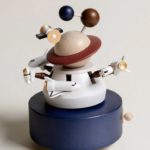 Handcrafted from sustainably harvested wood, Wooderful Life’s musical boxes will enchant children and adults alike with their details, movements and melodies. Choose from a dozen themes; we love the Cosmos model, which lulls astronauts to the sound of Beethoven’s Piano Concerto No. 5. A gift that your baby will enjoy for years to come. On sale at Les petits mosüs, starting at $65. www.lesptitsmosus.com   MB 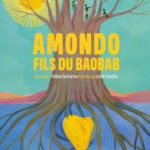 Author, actor and puppeteer Hélène Ducharme takes us on a journey to the wonderful world of original African stories, to a time when the moon, trees and animals, represented by percussion instruments, spoke to men in this musical play. The 44-page album, beautifully illustrated by Judith Gueyfier, comes with a disc and a download code. To read or listen to with your little ones, from 5 years old. $22.95. www.lamontagnesecrete.com  MB

The Gulf Stream publishing house is introducing teenagers to the great opera classics through its Prélude series of short novels in French. This year, three titles have been published but more are to come. The stories are set in the present time, but inspired by classic operas. Béatrice Nicoldème reinterpreted The Magic Flute, Fabien Clavel’s novel is based on La Traviata, and Christine Feret-Fleury’s is a retelling of Tristan & Isolde.Each novel ends with background information on the opera that inspired it. For avid readers ages 12 and up. $23.95 each. www.gulfstream.fr  MB

We all have valuable pictures in our drawers and memory boxes. Or, in our electronic devices, pictures that are dear to us and that we lose sight of—that we forget. As we approach the end of the year, isn’t it a good time to free up some space on our cellphones to fill them with new images captured at our holiday parties. For those that are most meaningful, why not immortalize them with selected frames? www.encadrex.com   DS

During the holidays, send a card to people you won’t get to see or to whom you simply want to send your best wishes. Our cards featuring the classical greats are always available in packs of 10 for $20. At the same time, you will be supporting La Scena Musicale, which is celebrating its 25th anniversary this year thanks to the support of classical-music lovers like you! www.myscena.org