Return to the Violons du Roy

In March, Montréalers have the opportunity to hear Kent Nagano and the OSM play Stravinsky’s Rite of Spring: not only one of the most important orchestral works of the 20th century, but also a ballet that has inspired many choreographers. During the first half of the concert, 24-year-old pianist Danil Trifonof – already known for his sensitivity and maturity – tackles Prokofiev’s flamboyant Concerto No. 3. March 8, 9, 10, 8:00 pm. www.osm.ca 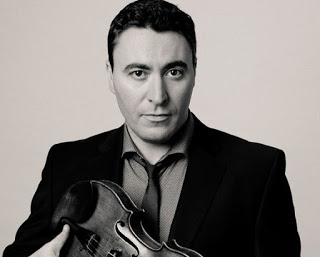 After giving his first professional solo violin concert at the age of 5, Maxim Vengerov won numerous competitions and very quickly rose to the top. In 2009, he replaced his bow with a conductor’s baton. But in 2011 he took up his violin career again. Since then, he has continued to exemplify success. The Montreal Chamber Music Society presents Vengerov and pianist Patrice Laré performing Brahms, Ysaÿe, Franck, and Paganini. Grand Théâtre de Québec, March 3, 8 pm, Roy Thomson Hall, March 11, 8 pm, Maison Symphonique, benefit concert/gala, March 13, 8 pm. www.smcm.ca