A hundred years ago this week, on November 7, 1916, soprano Rayén Quitral was born in the small village of Iloca, near the world’s end in southern Chile. At the height of her career, she would tour Europe, Canada and the United States, and she would become a regular in Latin-American cities as Santiago, Mexico and Buenos Aires. Rayén Quitral, whose name means flower of fire in the language of the Mapuche people, would perform honouring her first nations’ heritage and dressed in traditional costumes and jewelry.  She would become known for her of role as Queen of the Night in the opera The Magic Flute. She had her debut in 1937 and retired in 1967. 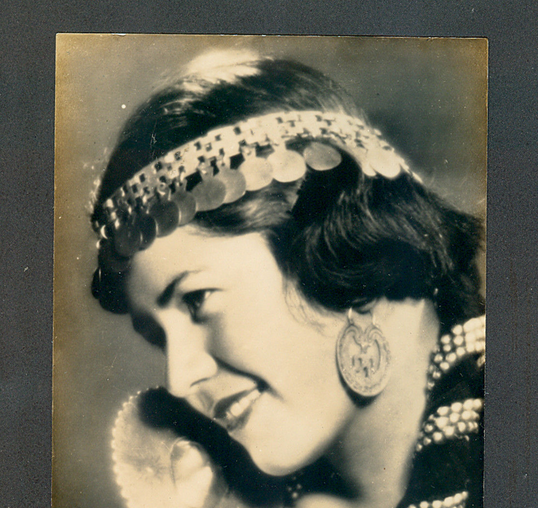 Towards the end of her career the German government granted her a scholarship at the Deutsche Akademische in Hamburg and she would win first prize at the Bonn Conservatory for best interpretation of Wagner and Lieder. She spent her final years teaching choirs in schools and hospitals, surviving on a modest pension decreed by the Chilean government. She died in 1979.

Rayén Quitral is now remembered as a trailblazing woman, who overcame the obstacles of her humble backgrounds while honouring her indigenous roots on different stages across the world using the power of her voice.

Today, an international lyrical festival takes places on the small town of Iloca every summer bearing her name.

You can hear her here, singing the Queen of the Night aria :