After surviving the pandemic, the Stella Musica Festival, which is dedicated to showcasing women in music, will host its seventh edition in-person at KIN Experience on June 3 and Gesù Théâtre on June 8.

In 2015, artistic director Katarzyna Musiał, founded Stella Musica because of a lack of attention paid to female musicians. “I had the aim of showcasing women artists and giving them a platform to highlight their talent, since such a festival did not exist in Montreal,” Musiał says. “Every year it seems to be better, [but]there’s still a low percentage of female composers which are presented [on the classical music scene].” 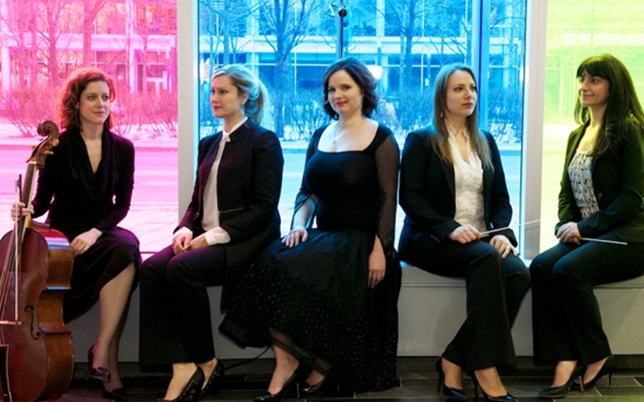 Though this event had only been around for a few years, its focus on women’s musical accomplishments had attracted many followers, so when COVID cancelled the festival in 2020, the Montreal classical music scene took it hard. Musiał was not deterred, and she brought back the 2021 festival in a hybrid format to work around the city’s capacity limits.

Although she is glad to return the festival this year to its usual format, she has found it tough getting people to attend the concerts. “Some [people]are still afraid to come,” she says. “We need to warm up the public again.”

To re-introduce audiences to live attendance, Stella Musica will be hosting an “intimate” concert on June 3. The smaller size of the KIN Experience venue will bring listeners physically closer to the performers, allowing for a more casual and approachable experience, according to Musiał. 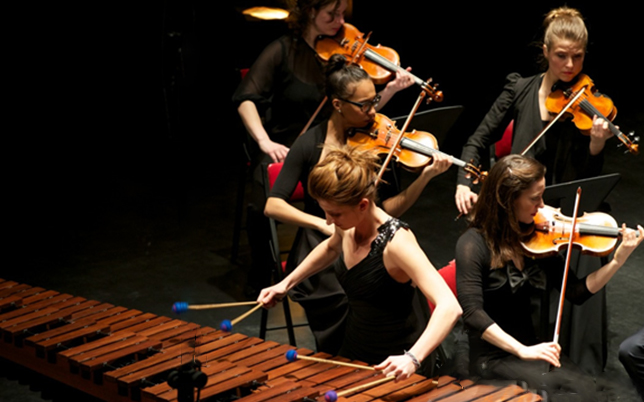 A string-xylophone ensemble (promotional image from the Stella Musica website)

“When you have a concert in a hall, you finish, you go home,” she says. “My own experience was that people were always very fond of a smaller concert. I started learning that maybe they need [to feel]closer.”

This intimacy is also meant to introduce classical music to younger generations who don’t normally attend concerts. The Fortin-Poirier Duo’s “Nuit Blanche” performance, for example, will be centred around the universally accessible theme of “the night.” Works written by deceased composers such as Ravel and Gluck will be played alongside works by living composers (Maggie Ayotte, Alfonso Peduto) for a more contemporary experience.

Ukraine will also be prominent in the festival: Ukrainian mezzo-soprano Martina Myskohlid and pianist Rebecca Klassen-Wiebe will perform works by Ukrainian composers in solidarity with the war-stricken country. The festival’s round table event that same night will also discuss refugees’ access to music, with Boran Zaza, Fakhria Reazie and Anna Tatsenko as the hosts. 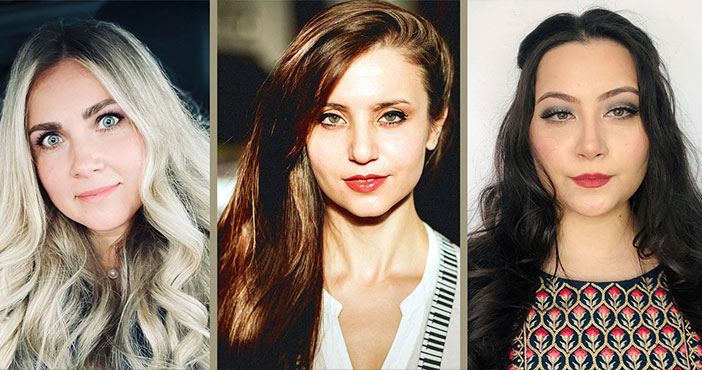 In response to these heavy social issues, the grand concert on June 8 will provide a more uplifting finale while continuing to emphasize artistic diversity. The first feature of the night will be Inuit artist Nina Segalowitz, whose throat singing will be accompanied by drums.

“I’m fascinated by the [Inuit] culture, and I think it’s important for historical reasons that they would be present,” Musiał says.

The Stick&Bow duo will follow with their unique combination of cello and marimba, and the Li Kouri Ensemble – composed of an accordionist, clarinetist and violinist – will perform their new album to showcase the creative ingenuity of female composers.

Musiał herself will play three works by Ukrainian composer Valentina Yanovna Zhubinskaya, after which she will go from her piano to close the festival with a Flamenco dance, accompanied by percussionist Hanser Santos and guitarist Hugo Larenas.

“You don’t expect a classical pianist to stand up and dance,” she says. “I think it’s what makes this festival special and different from other events in Montreal.”