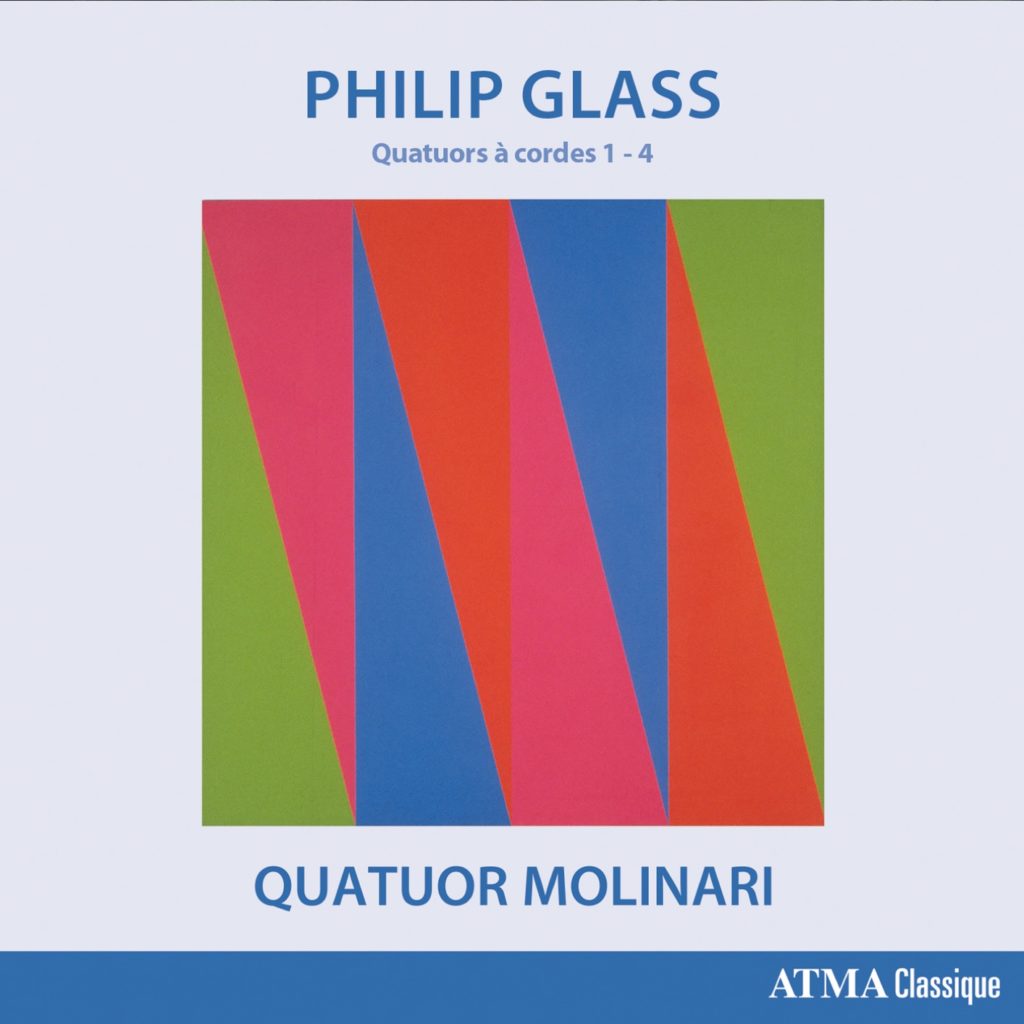 This four-work album is an excellent start to Quatuor Molinari’s series on the string ensemble compositions of Philip Glass.

Mishima, originally composed as the soundtrack for a film by the same name, is the most well-known of the works on the album, and the only one that tells a story. Quatuor Molinari’s violinists effortlessly transition between different melodies in Award Montage, which makes the listener feel like a storyteller is interweaving several narratives. After November 25: Ichigaya, a short track whose sad ending implies the occurrence of a tragic event, Grandmother and Kimitake’s sharp and unrelenting violin establishes tension. After two more tracks, the aptly named Closing explores the work’s motifs through a more optimistic lens, which provides a satisfying ending. The violins in Mishima feel dramatic and dynamic, and the rich cello creates a narrative throughline between the tracks—to say Quatuor Molinari’s interpretation of this work is beautiful would be an understatement.

The positivity of Mishima acts as a primer for String Quartet No. 1, whose experimental nature results in an eerie atmosphere. The following work, Buczak, is elevating, but with the constant implication that the listener could fall at any moment. The transition to Buczak reminds the listener of the duality of the violin, that it can express unfettered beauty just as well as forlorn tragedy, which is equally true of Quatuor Molinari.