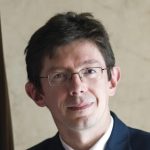 When the Prague-based orchestra and vocal ensemble Collegium 1704 opens the Bach Festival of Montreal with Bach’s Mass in B Minor on November 17, its founder and artistic director ­Václav Luks believes that audiences should ­expect something different. Luks says that “listeners are accustomed to hearing performances of the B Minor Mass which are reflections of the choral practice of the nineteenth and twentieth centuries. Bach wanted neither a choir of a hundred voices nor one singer per part. Instead, his ideal was 2–4 singers per part.” The vocal ensemble of Collegium 1704 counts only 19 members.

Bach’s Mass in B Minor holds a special reservation card in Collegium 1704’s history, not only as one of the most often requested works in its repertoire. In 2013 the ensemble produced a highly acclaimed recording of it. Audiofile’s Stephen Ritter wrote, “This is the most exciting version of the Mass I have ever heard.” Luks says that Collegium 1704’s interpretation “presents the great work in colours that are different from what we are used to hearing in the German or British traditions. In the B Minor Mass it is always possible to discover something, and for me, every ­performance is a new adventure.”

Luks began his musical studies at the Pilsen Conservatory in Prague, studying horn and harpsichord. He continued his career with specialized research at the Schola ­Cantorum Basiliensis in Switzerland and ­established the Collegium in 2005. In its short 12-year history under his direction, the much sought-after ensemble has performed at Europe’s leading festivals and concert ­venues, including the Salzburger Festspiele, Berliner Philharmonie, Theater an der Wien and Konzerthaus (Vienna), Concertgebouw (Amsterdam), Wigmore Hall (London) and the Lucerne Festival. It has also held prestigious residences at the Utrecht Early Music Festival and the Bachfest Leipzig.

Collegium 1704’s presence at the Montreal Bach Festival represents the ensemble’s ­exclusive North American debut. Luks has ­already learned of what he describes as the “extraordinary acoustics” of the Maison ­symphonique. He says, “The orchestra has played the work many times both in concert halls and churches, and I’m convinced not only that Bach’s extraordinary qualities are timeless, but also that their effectiveness is not bound to a particular place or context in which it is heard.”

The name Collegium 1704 and in particular the year 1704 are inspired by the symbolism of the Collegium’s heraldic composer, fellow ­national Jan Dismas Zelenka. In August 1704, Prague’s Church of St. Nicholas witnessed the first performance of Zelenka’s Jesuit allegory, the musical play Via laureata. Since little is known of Zelenka’s previous life, the date of the event signifies Zelenka’s arrival on the musical stage. For Luks, he stands as one of the most influential personalities of the 18th century.

For the past several years the ensemble has been devoting itself more intensely to ­Zelenka’s œuvre. Luks affirms that the motivation is not guided simply by homeland ­patriotism but by what he calls Zelenka’s “original” compositional style. “Absolutely daring in the truest sense of the word, ­modern, incredibly passionate and sensuous nearly to the point of ecstasy,’’ says Luks. “In a unique manner, Zelenka combines the ­Italian tradition of vocal music with the ­German feeling for counterpoint. He is ­sometimes called the Czech Bach, but such a comparison is totally misleading. Zelenka’s music is absolutely grounded in the Italian Catholic tradition, whereas Bach’s is in the German Lutheran aesthetic, naturally.”

Collegium 1704 has constantly expanded its repertoire from Bach and Zelenka to include music from Monteverdi through to early ­Romanticism. In recent years the ensemble has also focused on the operatic repertoire. It has enjoyed several successes, including ­Handel’s Rinaldo, directed by Louise Moaty in 2009. Luks finds opera to be an “increasingly enticing” new field for his ensemble. He is currently planning an international ­­co-production of Mozart’s Don Giovanni.

Collegium 1704 operates as an independent ensemble, or what North Americans call a ­freelance group. Luks says, “There are a ­number of disadvantages as well as some ­advantages that go with that. By its nature, our work is far more varied and changeable than that of a traditional orchestra, in which the ­musicians have full-time contracts and are ­‘employees’. So it’s not just that we play an ­incredibly diverse range of music from the late Renaissance to early ­Romanticism, but also that our work is similar to a path of discovery. Maybe that’s why this music attracts artists who don’t want to fall into a routine and who have a desire to discover the new and the ­unknown. So they don’t hesitate to sacrifice their personal comfort and their ­standard of living.”

The path of discovery will make itself felt as the 70-plus members of the instrumental ­ensemble, choir, and its ambitious conductor make their trip to Montreal. Of Montreal, Luks says, “I am aware of Montreal as one of the most beautiful and oldest cities of North America. The city has a European feel, and people speak French. And because ice hockey is just as popular in my country as it is in Canada, we Czechs also know that the city is the home of the Montreal Canadiens.”

Luk’s invitation to music lovers to hear Collegium 1704’s performance at the Bach Festival reflects his broad erudite vision: “The power not only of Bach’s music, but ­actually of any great artwork, rests in its ­effectiveness outside of its historical and ­social context. Just as a visitor admiring a Baroque painting in a gallery or church need not understand every detail to be captivated by the beauty of the picture, a listener ­hearing Bach’s Mass in B Minor need not understand counterpoint — or feel a ­connection with the texts of the Missal ­Ordinary as set to music — in order to be deeply touched by the beauty of this music.”