You are at:Home»Classical Music»Piano»This Day in Music – 1856: Death of Robert Schumann 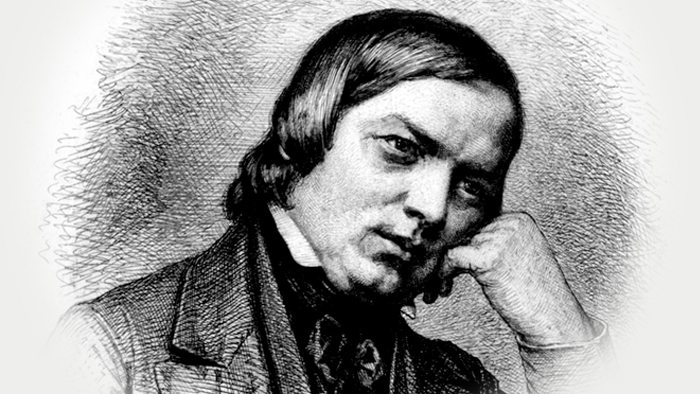 Romantic composer Robert Schuman died of pneumonia on this day in music in 1856.

The young Schumann wasn’t the most technically gifted pianist, but had immense promise as a composer. In what was perhaps an immediately tragic accident, Schumann injured his hand and his chances at being a successful show pianist. Yet, in the long run, this injury diverted his attention to composition. In this earlier period, Schumann would produce classics as the piano cycles, Papillons and Carnaval, influential works still regularly pored over in conservatories.

Around the same time, Schumann would also co-found one of the most influential music journals of all-time, Die Neue Zeitschrift für Musik (The New Journal for Music), with two others including his teach at the time, Friedrich Wieke. For NZM, Schumann promoted the works of younger artists and documented the major musical trends of the day. Of scandal, Schumann’s relationship with Wieke was complicated when the then late-twenties Schumann fell in love with the teenaged Clara Wieke. Though Schumann is now most prominently known for his smaller solo works, after his marriage to Clara, Schumann moved towards projects of larger scope and ambition. Yet, his later works would never outshine the genius of his earlier oeuvre.

In his later life, the anxiety and nervousness from his youth came back in the form of angelic visions that increasingly turned devilish, and suicide attempts. The various psychotic bouts, melancholic vales, potentially bipolar and schizophrenic behaviour showed in his music as his harmonies became increasingly complex and his melodies became more and more jagged. Two prominent characters in his music, the fiery and impassioned Florestan and the lugubrious and forlorn Eusebius would come to represent for musicologists his conflicting sides.

Following his second suicide attempt, Schumann would be admitted to an asylum where he died years later.