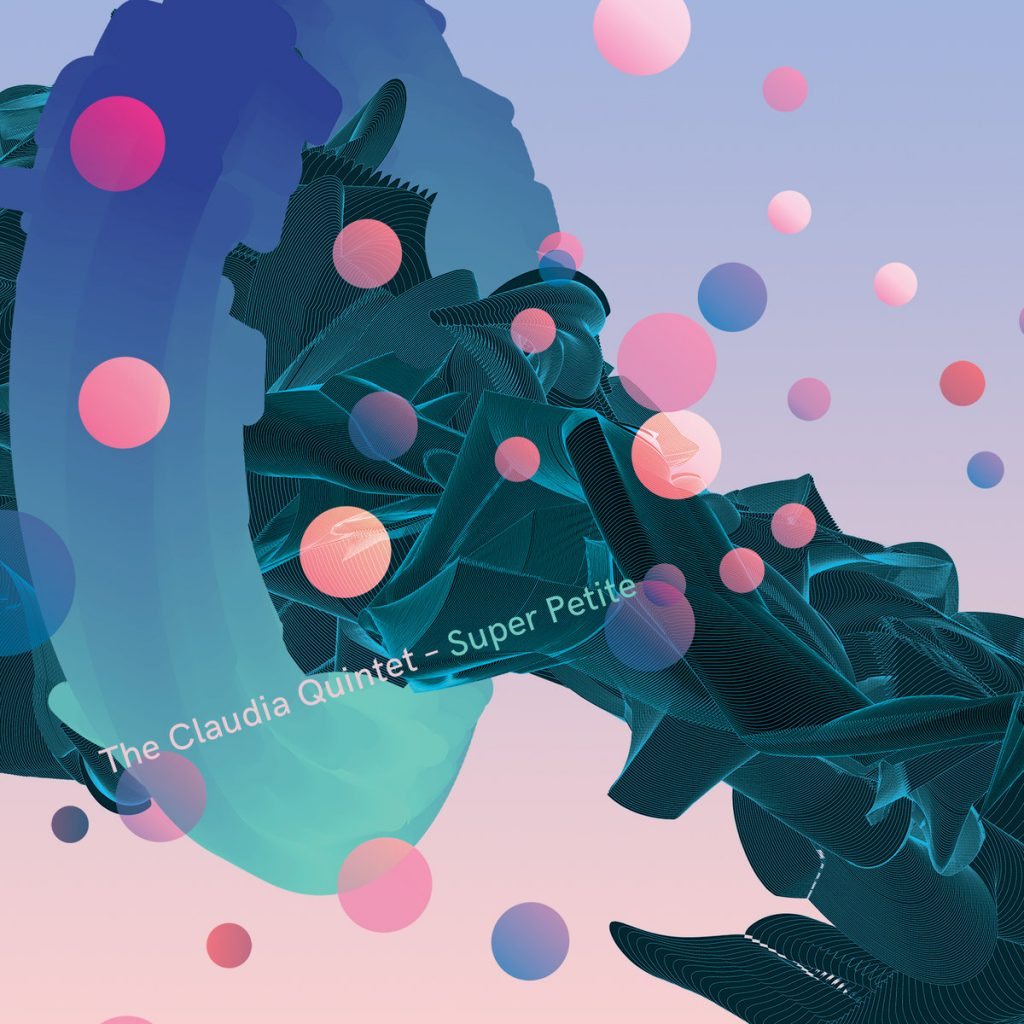 Named after a term used to describe a friend of the band, Super Petite from Cuneiform Records’ Claudia Quintet fuses dense, eclectic, and complex ideas into a ten-track CD with the length of a built-for-radio pop album. With compact organization, drummer-composer John Hollenbeck undertakes the challenge of building a worthy offering that can simultaneously attract shorter millennial attention spans and present a work of grand scale.

Competing ideas of clutter and cohesion come to the fore with the opener “Nightbreak,” the title itself a portmanteau of the seminal Charlie Parker break on “A Night in Tunisia.” Immediately, the listener comes upon a gentle soundscape created by the vibraphonist Matt Moran, as he tinkles a jarringly slowed down version of Parker’s blistering break. The clarinet and accordion create a texture that seems both Parisian bistro song and pastoral lullaby, all while the vibes chime on. As the improvisation continues and the rhythm becomes increasingly syncopated, the listener keys into the disarming simplicity that carries astounding complexity.

One of the albums strengths, many of the shorter pieces aim to capture unique emotional complexes, not trying to do more than is necessary. The two variations on a theme inspired by airport security dogs, “JFK Beagle” and “Newark Beagle,” build up a web of anxiety, urgency, and disorientation commensurate with the atmosphere of the odd, jumbled liminal spaces of airports. Following the animal theme, the closest Claudia gets to program music is “If You Seek a Fox,” which blends diminished harmonies, slyly roaming rhythms, and inquisitive licks to create an aural portrait of a fox.

More traditional, “Philly” stands out as a variation on a Philly Joe Jones lick that gets worked and overworked by tenor saxophonist Chris Speed in a hard bop exploration through the lick’s changes and colors. To balance the jazz fire of “Philly,” the following track “Peterborough” plays with the airy sound of modern wind compositions, by featuring Speed on the Clarinet after a deluge of saxophone riffs and runs. Instead of heavy hard bop deconstruction, “Peterborough goes into a series of variations on the original theme in various timbres and rhythms, finally accelerating the theme to such a rapid speed as if to compress all the ideas into a prearranged time. The following track “Rose-Colored Rhythm,” perhaps the most rhythmically complex on the disk, explores the frenetic rhythms of the incendiary Doudou N’Diaye Rose. On this track, the drums, accordion, vibes, and saxophone all trade frenzied solos to create a dense sound-wall that overwhelms the listener with its vigor.

At the other end of the disk, “Pure Poem” stands as an explosive, experimental work. Based on Shigeru Matsui’s “Pure Poem 1007–1103,” the track stands out as the disk’s torch bearer of sorts, acting as a two-minute trance built on pentatonics, yet sounding almost like highland music. The end effect is a rapturous séance for the multiplicity of influences on the album.

The album’s closer, “Mangolds,” named after Hollenbeck’s favorite vegetarian restaurant in Graz, ends Super Petite with a heavy humid groove that allows the reader a respite to reflect on the heady sounds that typify the direction of jazz today.