Music lovers and musicologists alike are puzzled by the unorthodox opening of Mahler’s Symphony No. 1—the note A played on six octaves marked pianississimo (ppp). Not since the dissonance of Beethoven’s Seventh Symphony has a note caused such intrigue.

The inclusion of thematic material from Mahler’s earlier biographical work Lieder eines fahrenden Gesellen (Songs of a Wayfarer) suggests that the First Symphony is a programmatic work of a highly personal nature. Indeed, Mahler said after its completion that it “had been inspired by a passionate love.” That passionate love could well have been the actress Johanna Richter, for whom the 23-year-old Mahler had written the Songs of a Wayfarer. In a letter to his friend Friedrich Löhr on January 1, 1885, he wrote:

“Yesterday evening I was alone with her, both of us awaiting the new year’s arrival almost without exchanging a word. Her thoughts were not bent on the present, and when the bell chimed and tears gushed from her eyes, it overwhelmed me. … Ah, dear Fritz—it was all as though the great director of the universe had meant to stage manage it perfectly. I wept all through the night in my dreams. … I have written a cycle of songs, six of them so far, all dedicated to her. She does not know them.”

The fact that Mahler toiled over the First Symphony until 1889 suggests the importance of the work to the composer. Originally, the First was constructed in five movements with a program, but in 1896 Mahler reduced it to the traditional four movements and withdrew the program because it had been misinterpreted.

What does this say about the strange opening? Its significance is underlined by the fact that the note remains as a continuo for 56 bars; the top note played by the first violins cuts off after eight bars and a half and returns three more times in the movement. The first two minutes of the work, preceding the start of the promenade theme from “Ging heut’ morgen übers Feld,” give us the clues to its explanation. We find several bird-like calls, and three successive backstage trumpet fanfares suggesting a far-off band. The dynamic markings of pianississimo reinforce the idea of an awakening of the hero. The hero, Mahler, slowly emerges from sleep or deep contemplation with a soft motive (bars 3 and 4), and then is roused by the offstage band and the bird-calls.

The inspiration for the opening is perhaps best explained technically. As anyone who has put their ear next to a seashell or an empty bottle has discovered, every semi-enclosed body has a soft whistling sound associated with its resonant frequency. Interestingly, the top note in the Mahler chord is the last A on an 88-key piano keyboard, whose fundamental frequency is 3520 Hz. This frequency coincidentally falls into the sensitivity range of human hearing associated with the resonant frequency of the outer ear cavity. Could Mahler have been in tune with the resonant frequency of the outer ear cavity? This could well be, as an informal survey conducted on four choral singers by the author found an awareness of a soft high pitch clustered around the 3520 Hz-A note. 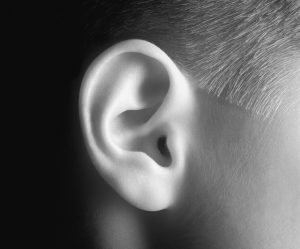 “Could Mahler have been in tune with the resonant frequency of the outer ear cavity?”

Alternatively, the 3520 Hz note also falls close to the range of acceptable frequencies (4000–8000 Hz) for the medical condition called Tinnitus. Could the results of a minor form of tinnitus have inspired Mahler to use the high pitch A note? While there are no hints concerning this matter in his biography, the sustained length of the A note suggests that we should not rule this out.

Mahler was known to be a thinker who composed in solitude. Both possibilities of the resonant frequency of the outer ear cavity and tinnitus raise different questions that still lead to the same conclusion: Mahler chose to begin his First Symphony with a sound that is based on silence.

How should this new understanding help conductors perform the First Symphony?

This work should be treated as episodes in the life of Mahler or a hero. The beginning should be hushed, virtually silent, like blowing wind. The hero is either asleep or in deep thought. Then he is awoken by the bird-calls and the outside band. The entire opening until the promenade theme (from Song of a Wayfarer) should be quiet and slow. Imagine the hero stretching and getting ready to go out. The first promenade theme should start off slow and then pick up in pace.