For a brief moment, it looked as though the fifth annual Vernon Proms Classical Music Festival was going to be canceled. But thanks to the loosening of COVID-19 restrictions, residents of the Okanagan in B.C. will continue to hear the sounds of classical music from July 10 to Aug. 6, albeit a little differently.

“I was not sure about the festival; everything was up in the air,” says Natalia Polchenko, founding and artistic director of Vernon Proms. “But once we received word about the province reopening, we reconsidered.”

Polchenko explains that it is more important than ever to keep the festival above water. “We have a great ensemble this year, with musicians from all over Canada and Europe as well,” she says. “Right now, this festival is supposed to give people starving for live music some live entertainment, but also musicians some work.”

Vernon Proms has modified its programming but still offers an exciting lineup featuring classical, jazz and light music. Performances will take place in the picturesque cities of Vernon and Kelowna, as well as Coldstream and Silver Star Mountain. There will be medieval and Renaissance music presented by Medieval Fehr; four concerts over two days by the Pacific Baroque Orchestra; a new song cycle, All the Wild Worlds, by Penticton composer Nicholas Ryan Kelly as sung by contralto Lynne McMurtry; two performances of Bach’s Goldberg Variations by the Sycamore String Trio; as well as a recital by pianist Alison d’Amato. Vernon Proms’ traditional all-Bach concert will also take place, along with impromptu concerts in outdoor spaces. 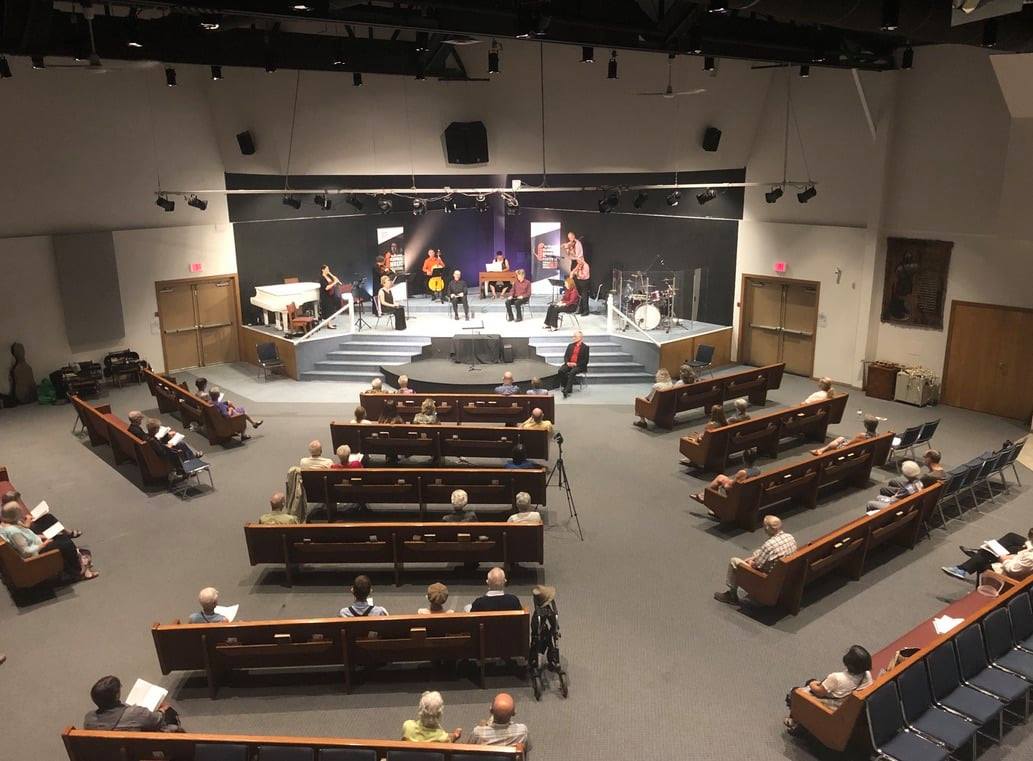 The audience will be limited to 50 and face masks will be mandatory. For those who cannot wear a face mask, face shields will be available.

Public response to the festival has been positive. “As Canadians, people usually say thank you after performances,” Polchenko says. “But this year, it’s more heartfelt. Months after not hearing music, there’s something magical in the air while listening to live music. There is a feeling of togetherness and unity.”

Polchenko found herself surprisingly moved when coming out of rehearsals one evening, because for musicians, music is more than just a job. Speaking about the talented vocal ensemble Candesca directed by Alexandra Babbel, Polchenko says: “When they found out there was a performance opportunity, they gained new purpose. Artists are so thankful. Many musicians did not expect to play this year. I never thought we would be able to either.”

Polchenko has faced some difficulties caused by the awkwardness of interaction while observing physical distancing etiquette. “One of the main challenges is that you can’t really talk with people,” she says. “They can’t come close to you, you can’t go close to them. People are on high alert. And when you are sold out with 50 people and have to turn people away, I feel very bad as an organizer and director.”

However, there has been a silver lining in the form of governmental aid and, ironically, job prospects for some musicians. “We were fortunate to get support from the federal and provincial governments,” Polchenko says. “This crisis has also been a window of opportunity for local musicians. There have been more opportunities for them than usual.”

“After this, anything will be possible and easy,” says Polchenko. “It’s amazing that in my small town, there is musical programming that any metropolis can be proud of. This festival gave local musicians some performing opportunities. They have mostly no engagements otherwise. The crisis shut down mostly everything else.”