Once you play the music, it’s in the air. It’s gone. But when you record it, it comes back to haunt you.

What is it that attracts music lovers to jazz (improvised music)? Is it the loose structure, or the beat or the notes and melodies we have never heard before and will never hear again, unless the performance has been recorded; or is it the musician’s uncanny ability to spontaneously translate feelings that inform the notes into the language of music? Perhaps it is his audacity and courage — daring to play without a script; to make it up as he goes along.

We know at the turn of the 20th century, in New Orleans, musicians, rather suddenly, developed a liking for improvising. Why did playing it safe or reading from the page fall out of favour, resulting in the advent of an entirely new genre — jazz (and blues) — which represented an entirely new way of thinking about music?

So exciting and unexpected were the acceptance and respect accorded to improvisation that The Standards, from 1920–1950, most of them written for musicals, were taken over by jazz where they have arguably received their most memorable and lasting treatment. More recently much has been written about the influence of rock on jazz (and not the other way around), resulting in the birth of fusion. But rock music, especially in its heady early years, was directly influenced by jazz, incorporating the equivalent of the jazz solo into its template. In the hands of its most gifted proponents (Hendrix, Zappa, Page, Beck, Santana), the high-octane solo became the focal point of every rock concert. 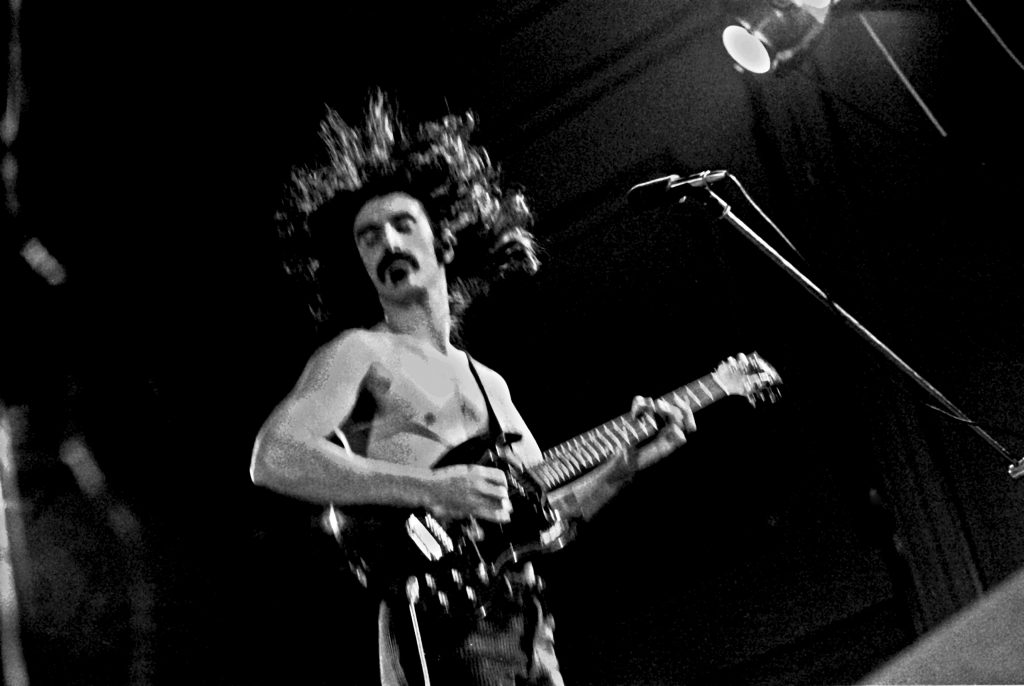 To better understand both the challenges, possibilities and limitations of improvised music, let us imagine we have read a life-transforming book that we want to recommend to everyone we know. So we call (or text) our family members, then our circle of friends, and to the best of our ability we try to make the case why they should read the book. We note that prior to every call, we know what we are going to say, but we don’t know exactly how we are going to say it. However, by the time we have recommended the book 20 times, we have weeded out the least persuasive arguments and are following a somewhat fixed order of presentation as it concerns the development of our ideas. Because they cannot be improved upon, over time we may find ourselves repeating certain turns of phrase and locutions, and even entire sentences, verbatim.

However, at the end of the day we acknowledge that no matter how eloquently we express ourselves in speech, speech cannot compete with the written version of the same. Even the most eloquent of speakers, such as the late William F. Buckley, must concede that whatever he writes is invariably more polished and refined than what he has spoken, because he has had time to ponder over, rewrite and improve every sentence, a luxury that spontaneous speech does not permit.

By analogy, when a musician begins his solo, he knows in general what he wants to play, i.e. the theme or motif he is to re-interpret. However, he doesn’t know exactly how he’s going to play it. But like the recommender of the book, after 20 rehearsals he has a better idea of how the solo should unfold. Over time, he likely becomes settled on the general ideas that he wants to develop, and he might well repeat certain sequences of notes from one performance to the next because he deems them just right.

And like the speaker who decides to write out his recommendation, if the musician decides to turn his impromptu solo into a composition, it becomes an improvement over the improvised version. He has been able to revise certain passages, deselect inferior ones, pay more attention to the harmonic structure, and more effectively connect his ideas.

We often take improvisation for granted, because outstanding musicians make it seem so easy. But every solo has a beginning, middle and end, and every improvisation can be likened to a song that has been composed on the spot — a daunting challenge under the best of circumstances. It wasn’t for nothing that the pianist Cyrus Chestnut, before his 2011 Montreal Jazz Festival performance, began by reminding his audience that jazz is playing music without a chance to edit. Since he didn’t explain what he meant — unless his concert was meant to be the answer — there are two possible conclusions to be drawn from his remark: (a) that composition is superior to improvisation because it can be worked on and perfected; or (b) playing music without a chance to edit is much more difficult and demanding than reading from the page.

A succession of improvised choruses cannot be expected to have as perfect a degree of continuity as a composition that has been long laboured over and constructed in a spirit that we have seen to be foreign to jazz … many recorded improvisations suffer from a lack of continuity that becomes overwhelmingly apparent upon careful and repeated listening. If, as Hodeir implies, composition is superior to improvisation (composed music is more likely to pass the test of time), does that mean the improviser is more slothful than the composer, or is he simply confessing his limitations — that he plays better than he composes and wisely stays within himself? Perhaps the improviser (de facto daredevil, adrenalin addict) is fascinated by the thrill and challenge of winging it on the spur of the moment, convinced that repeating the same music over and over must inexorably end in a kind of musical sclerosis.

In taking up the defence of jazz, the same André Hodeir also writes:

Working out has at least two considerable disadvantages. As concerns creation, if it takes the place of pure improvisation, it may lead to a routine manner and, consequently, to sterility. It brings about a deplorable change in the attitude of the creator, who begins to favour a certain security and stops playing for his own satisfaction … How can you believe in a chorus that someone is playing in the selfsame way for the hundredth time? … It is hard not to cherish a preference, at last secretly, for the miracle of perfect continuity in a burst of pure improvisation.

Which is why most solos thankfully come and go and Mozart abides forever.

When someone speaks extemporaneously or plays without notation, could it be the ability to be so consummately eloquent and persuasive on the spur of the moment that amazes? If so, the accomplishment is akin to a high-wire act. When jazz musicians get together, the challenge is always the same: let’s see what we can come up with tonight, and — perhaps recalling an exceptional performance — endeavour to surpass ourselves.

However, we must tread carefully as it concerns the blurry and often madly inspired line where improvisation and composition intersect. When Mozart, sitting on a bench in Vienna’s Stadtpark, invents a sonata in his head, the entire piece, from beginning to end, has been improvised. From one note to the next, he doesn’t know where he’s going until he’s there, following an internal logic that is so correct that every note seems to be the inevitable outcome and answer to the preceding note, which is why he never had to revise.

When Mozart later writes out what he has created in his head, it becomes composition. Given what he initially improvised in his head and what he later wrote out are one and the same, the listener should derive equal satisfaction from listening to Mozart spontaneously invent at the piano and perform the composed version of the same. But of course Mozart is sui generis, and for some a proof of the existence of God.

What the jazz lover cherishes in an improvised solo are those exceptional moments of invention that would not be changed if they were written out as composition, which is why certain solos or sections of them achieve the status of song or composition — and this is especially true in rock: think of early Santana or Robby Krieger in Light My Fire. These represent the unsurpassed moments of improvised music around which audiences gather, and invariably some leave disappointed, since most solos are plainly forgettable and deserving of the oblivion that awaits them.

Allowing that there is a little bit of Mozart (perfection) in every distinguished jazz musician, most jazz concerts satisfy to a certain extent, especially if we lower our expectations and recognize that as listeners, what in fact draws us to jazz is not only the emotional intelligence that causes a certain sequence of notes to come into being, but also the musician’s remarkable ability to perform without a script, to tell a story persuasively that has never been told before. And of course knowing that the improviser can — at any time — drop the ball and embarrass himself lends to every jazz concert a certain edge and excitement that is unique to the genre. Jazz is the Formula I of music.

Human beings are a diverse, unpredictable lot. It is only natural that some prefer composed music while others prefer improvisation. Thus to argue for the superiority of one genre or style of playing over another is perhaps not only beside the point, it is to completely miss the point! The world is richer for having both forms of music in its collection, and enthusiastic audiences for both.

If we are lucky enough to count music as one of the privileged channels through which we travel in our unceasing quest to find meaning and purpose in life, it is surely the variety and beauty of the world’s music, and not how it gets made, that is of significance and reason to be thankful.

We might even agree with that wise old listener, Plato: “Music is a moral law. It gives soul to the universe, wings to the mind, flight to the imagination, and charm and gaiety to life and to everything.”

If you find a note tonight that sounds good, play the same damn note every night.