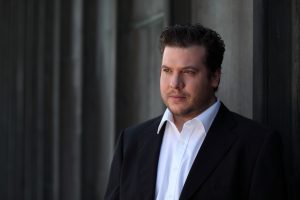 Maximilian Schmitt has already garnered formidable experience on the operatic stage, having performed at the Vienna State Opera and Milan’s Teatro alla Scala. Particularly admired in concert as a singer of Bach, this young German tenor has worked under the direction of such conductors as Franz Welser-Möst, Daniel Harding, Fabio Luisi, Andres Orozco-Estrada, René Jacobs, Mariss Jansons, Teodor Currentzis and Philippe Herreweghe.

He has performed at Amsterdam’s Concertgebouw, the Heidelberger Frühling, Cologne’s Philharmonie and the Tonhalle Düsseldorf together with the distinguished pianist Gerold Huber (the erstwhile partner of Christian Gerhaher). Ever since his debut at London’s Wigmore Hall, Maximilian Schmitt has been regularly invited back and returns again during the 2018-2019 season.

This former pupil of Anke Eggers and Roland Hermann has an extensive discography of over a dozen recordings. His two lieder recordings – his debut solo album Träumend wandle ich bei Tag (songs by Robert and Clara Schumann) and Schubert’s Die schöne Müllerin – were both released by Oehms Classics and also featured Huber. Schmitt’s mellifluous lyric tenor is not only blessed with a beautiful timbre but the voice is an admirable instrument with which he colours and details performances of refinement and sophistication. Indeed, Schmitt demonstrates a constant attention to verbal acuity and interpretive insights that characterize his interpretations and give considerable hope for the future.

Like Schmitt, the lyric soprano Christiane Karg is more acclaimed in Europe than in North America. She studied at the Salzburg Mozarteum with Heiner Hopfner and Wolfgang Holzmair and has demonstrated some of the latter’s interpretive and musical insights in a series of notable recordings and recital appearances. She was a member of the International Opera Studio at the Hamburg State Opera before joining the ensemble of the Frankfurt Opera, but burst upon the European scene when she was awarded the prestigious Echo Klassik prize in 2010 for her debut Lied CD Verwandlung – Lieder eines Jahres (a collection of 19th and 20th century German Lieder) accompanied by Burkhard Kehring. In recital, she has already appeared widely in Europe, performing at the Vienna Musikverein, Schwarzenberg Schubertiade, the Edinburgh Festival, the Mozarteum Salzburg, the Vienna Konzerthaus and throughout Germany and Austria.

Last season she undertook her first Japanese and American recital tours with pianist Malcolm Martineau, which included an NHK television broadcast from Oji Hall and her debut at Carnegie’s Weill Hall in New York. She has become a regular at London’s Wigmore Hall and has the unusual distinction of having two live recordings on Wigmore’s label, the first featuring Lieder by Schumann and Brahms, and the second, mélodies by Fauré, Debussy and Poulenc as well as Lieder by Richard Strauss.

Not surprisingly, a Berlin Classics CD of Strauss Lieder shows her at her communicative best, with her light lyric voice easily negotiating the composer’s demanding vocal line while finely delineating individual storylines and poetic atmospheres. Parfum, a CD devoted to lesser-known French mélodies with orchestral accompaniment, has demonstrated her desire to widen her art-song horizons and bodes well for her artistic development. 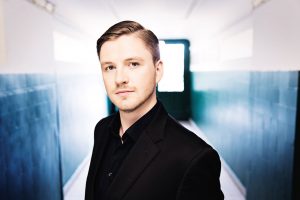 In 2015, Hasselhorn was invited to sing at Carnegie Hall in Marilyn Horne’s The Song Continues Series. During his American tour in 2017, he made recital debuts in Washington D.C., New York City, Boston and with the Buffalo Chamber Music Society. He made his Wigmore Hall debut in 2017 and is set to return in the 2018-2019 season. In 2017, Hasselhorn also debuted at the Schubertiade Vilabertran in Barcelona, in Madrid and Moscow.

Although Hasselhorn will join the ensemble of the Vienna State Opera for the 2018-2019 season, the recital will continue to be at the heart of his artistic endeavours. This autumn alone he performs at the Festival de Wallonie in Brussels; as well as in Luxembourg, Antwerp and as part of the prestigious Camerata Musica concert series in Cambridge, UK. Collaborative partners include pianists Malcolm Martineau, Joseph Middleton, Graham Johnson and Justus Zeyen.

His first CD, Nachtblicke, with Lieder by Schubert, Pfitzner and Reimann, was released in 2014 on the ClassicClips label. A second CD on the GWK label, Dichterliebe, will be released in September. As well as Schumann’s Dichterliebe, Samuel Hasselhorn and pianist Boris Kusnezow also present Lieder from different composers using the same Heine poems that Schumann set for his Dichterliebe cycle.

Tall and handsome, Hasselhorn possesses an attractive lyric baritone of considerable range and colour. His interpretations have a welcome and natural coherence. There is already considerable depth of verbal nuance and vocal contrast to his performances – which explains why he is regarded as an emerging force on the art-song scene.