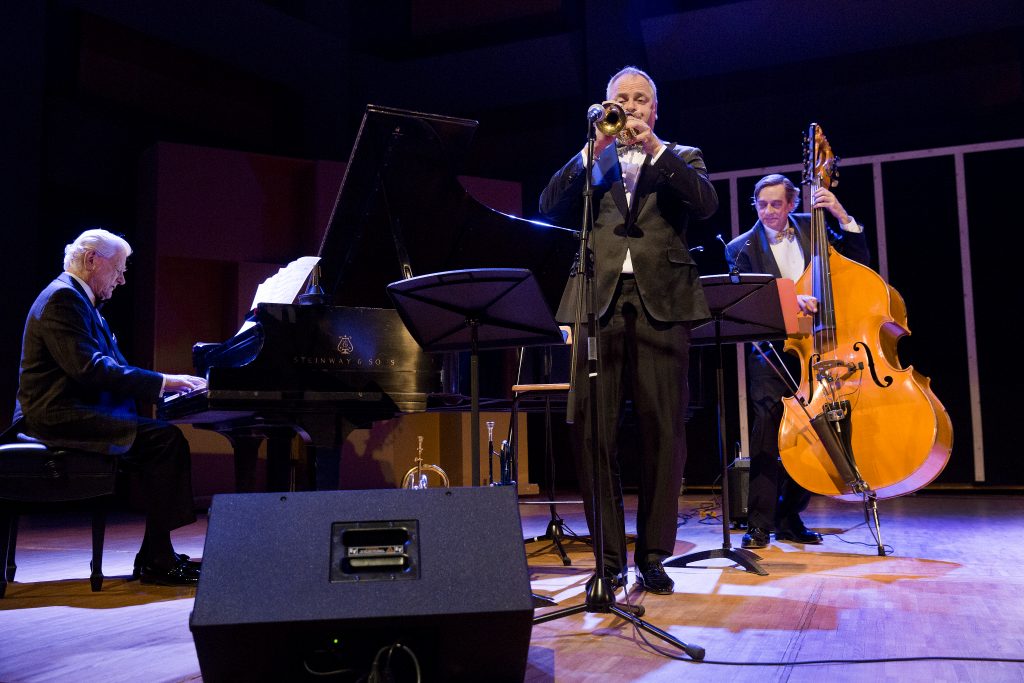 Spirits were running high during the final bows at the FMCM’s opening night last Thursday, June 9 at Pollack Hall, but opinions were mixed. The evening’s stars, soprano Measha Brueggergosman and trumpeter Jens Lindemann, carried the show—though not the show that the audience was expecting.

While the program announced an arrangement of Bach’s Air on the G string for the second half of the evening, instead audiences were treated to a preview of the following June 10 jazz concert. After the intermission, the Honourable Tommy Banks (piano), Eric Lagacé (bass), and David Laing (drums) performed an off-the-cuff program of Duke Ellington, Louis Armstrong, George Gershwin, and Oscar Peterson, sprinkled with a liberal helping of good-natured ribbing and cheeky jokes from Lindemann and Brueggergosman, leaving some audience members audibly delighted. But is charm enough to make up for such a drastic departure off script? 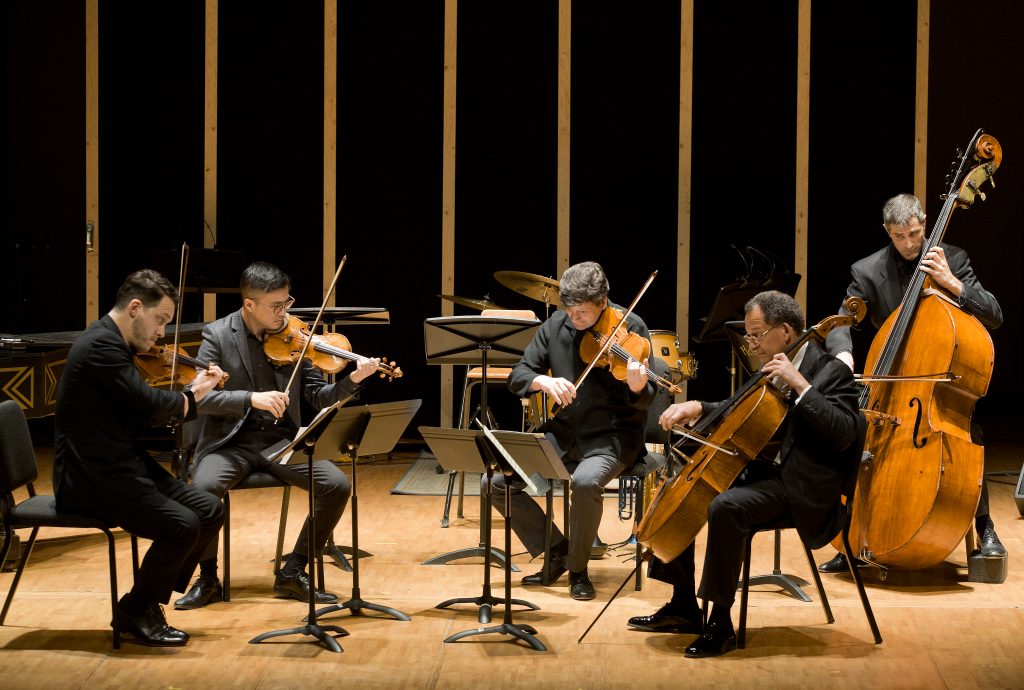 Opening the program was Mozart’s iconic Eine Kleine Nachtmusik, performed by the Festival String Quartet (Giora Schmidt and Andrew Wan, violin; Barry Schiffman, viola; Denis Brott, cello). Schmidt, first violinist for the Mozart, led with an aggressive approach that became much more refined when Andrew Wan took first chair for Purcell’s “Sound the Trumpet” that closed out the first half.

The festival quartet came across as underprepared, getting derailed in the second movement of Nachtmusik, perhaps pointing to a lack of rehearsal time together. Unfortunately, the jazz musicians in the second half didn’t fare much better, with confused cues that had to be glossed over by jazzy flourishes from Lindemann. The evening was capped off by Brueggergosman inviting the audience to join her in an impromptu “Hymn to Freedom.” 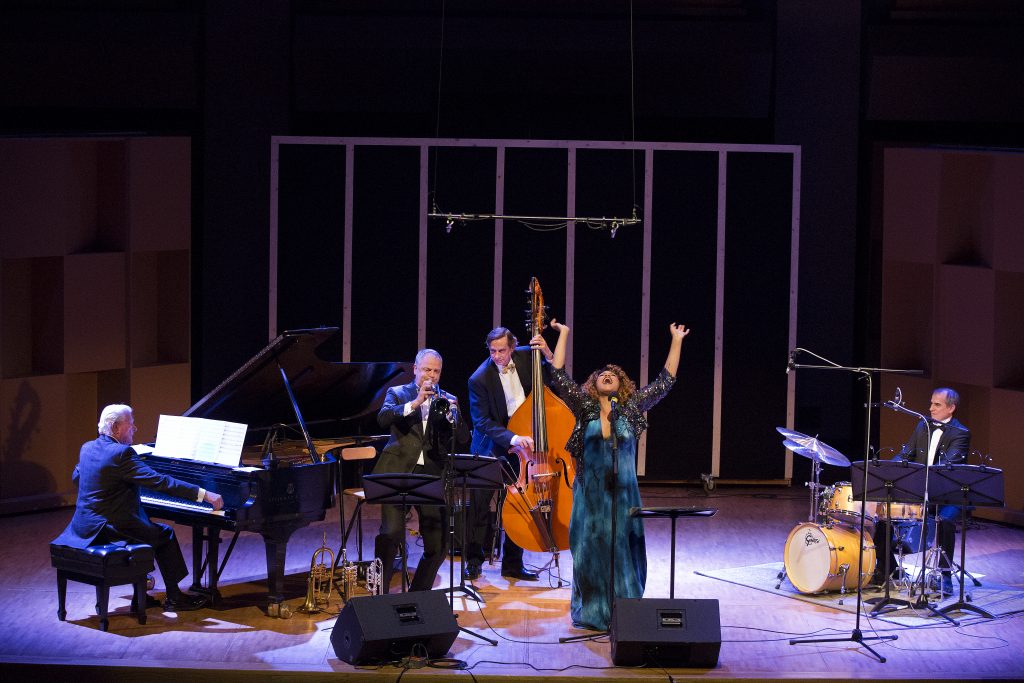 As Lindemann pointed out, lack of rehearsal time together is part of the gig when one plays the Montreal Chamber Music Festival—but it can be a blessing rather than a curse. “There’s a certain magic in seeing artists create something, and there’s a different energy that you wouldn’t otherwise get,” says the trumpeter.

“In fact, I have a longstanding tradition when I perform with Senator Banks, which is that we never rehearse anything together. We intentionally keep it spontaneous, and we wanted to loosen things up second act. I love doing that to audiences sometimes; there’s always some kind of special magic that you never get the second time.”

The best musicians in the country can certainly afford to fudge things a bit. Lindemann and Brueggergosman’s chemistry and stage presence turned what could have been an awkward evening into a fun one, treating audiences to a very candid performance with an intimate feel. It was as if the audience were jamming with the musicians at the after-party.

“To borrow a sports term, we did something called an audible,” Lindemann told LSM, referring to an impromptu change of play in football where the quarterback calls audible instructions to the rest of the team.

“It’s not like we told Denis [Brott] anything—it was Measha who audibled. She said, ‘I want to sing a different song,’ and Banks found her key, because he’s brilliant. When everyone on stage is a great musician, there’s a certain trust, and when you have that musical trust, you can say, ‘You know what, we’re going to try something different.’”

Was it magical for some? Definitely. However, audiences paid almost $60 a ticket for a concert of chamber music, not a jam session, and one expects a certain level of polish when they go to see the best—especially when we’re talking about standards in the jazz and classical repertoire.

You can’t plan for the kind of evening that the FMCM’s audience got on June 9. Sometimes when you buy a ticket, you don’t always get what you bargained for—serendipity doesn’t come with a price tag.