You are at:Home»Classical Music»Award-Winning Author Madeleine Thien on Freedom, Beauty, and Sorrow

It’s been a busy autumn for Montreal-based author Madeleine Thien, whose fourth book, Do Not Say We Have Nothing, has been ­garnering unambiguous praise since its summer release. After collecting a bevy of smaller prizes, her latest has finally brought her Canada’s biggest literary awards: in addition to being shortlisted for the Man Booker Prize, Do Not Say We Have Nothing has won both the Governor General’s Award and the Giller Prize this year.

Thien is no stranger to success. After being named “most promising Canadian writer under age 30” by the Canadian Authors Association in 2001, her first book, a collection of short stories titled Simple Recipes won two Vancouver book awards and the Ethel Wilson ­Fiction Prize. Five years later, her first novel, Certainty, won the Amazon.ca Books in Canada First Novel Award and the Ovid Festival Prize, and has since been translated into 16 languages. Her second novel, Dogs at the Perimeter, was published in 2011 and became a finalist and winner for several awards internationally and at home over the next four years. Thien has published numerous essays in newspapers, literary reviews, and anthologies. She was Writer-in-Residence at Simon Fraser University in 2013 and a member of the International Faculty in the MFA Program in Creative Writing at City University of Hong Kong. Her 2002 children’s book The Chinese ­Violin was made into an NFB ­animated short. 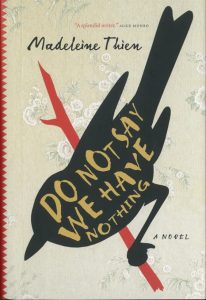 Madeleine Thien: Do Not Say We Have Nothing

Do Not Say We Have Nothing is a difficult book to pin down. It is often described as focusing on the lives of three talented Shanghai Conservatory musicians in the 1960s, during Mao Zedong’s Cultural Revolution. However, much of the novel’s power lies in its epic scale. The story follows the perspectives of several different characters across time and space, from the artists and dreamers who live through the Chinese Civil War to the grieving family in Vancouver in 1990 dealing with the aftermath of Tiananmen Square. These interconnected threads explore their worlds not only through the medium of Western classical music, but through language and literature, calligraphy and chronicle, songs and poems, both traditional and revolutionary. The story is not told chronologically, but as stories within a story, a record of remembrances. The Governor General’s Award jury called it “fugue-like,” saying, “This ambitious work explores the persistence of past and the power of art, raising meaningful questions for our times.” The Giller Prize jury called it a “beautiful homage to music and to the human spirit, […] both sad and uplifting in its dramatization of human loss and ­resilience in China and in Canada.”

Born in Vancouver, Madeleine Thien was an avid childhood reader. “I was sort of hungry to read everything, and I think to escape in some ways. One of those ways was books. So I really depended on them from an early age,” she explains. “I suspect for ­musicians it must be similar. They turn to music early in life and it gives them something that the world around them doesn’t seem to be offering.” Originally, she studied dance, not literature. “Most of my childhood and teenage years, I was studying ballet,” she says. “And then in university I studied contemporary dance. But all the time I was writing, and at some point I let go of dance and committed myself more to writing.” 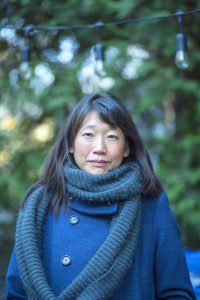 The inspiration for Do Not Say We Have Nothing came following Dogs at the Perimeter, Thien’s 2011 novel about Pol Pot’s Cambodian genocide. “It was a really difficult book for me,” says Thien. “I felt like I wanted to live differently, and that meant writing differently as well. But I had some questions from that book that I was still trying to work out.” The suppression of many cultural expressions was a feature of Pol Pot’s regime, much like in Mao’s Cultural Revolution. “I had been listening to Cambodian psychedelic rock ‘n’ roll, which was a huge thing in Cambodia before the war,” she says. “They had this very unique kind of fusion that’s incredibly joyful. Most of those musicians lost their lives in the Cambodian genocide.” Thien explains how music reels were also destroyed en masse, and how secret copies, re-recorded from albums onto cassette tapes, survived and proliferated. “I started thinking about what it was about music, in a totalitarian state or even in a revolutionary state, that might be considered so threatening to the ­revolutionary ideology,” she says. “And then I started thinking about musicians in China in the 1960s and what happened to them, and what it was about music that was dangerous during the Cultural Revolution and what it was about it that had helped them to survive.”

Thien explains that Western classical music has a long and significant history in China. “The first piano, the clavichord, was brought by Jesuit missionaries [in 1601]who wanted to give it as a gift to the ­emperor,” she says. “And then, after the Russian revolution, there were Russian refugees who came into China, and many of them taught music. Same with the Second World War: Jewish refugees arrived in Shanghai because they didn’t need a passport. Some of them made their money by teaching music. So it has this long history there that is deeply interconnected with the politics of the world and the catastrophes elsewhere. And also, embracing this music was a way for China to say it was part of the world.” The Cultural Revolution was a ­relatively brief break in this mindset, and signaled a time when there were only 13 to 20 “approved” pieces of music that could legally be played and eight, later eighteen, model works (operas, ballets, plays, and cantatas) that became ubiquitous at the expense of all others, which were derided as bourgeois. The Cultural Revolution ended with Mao’s death in 1976. Today, China is the world’s biggest producer and consumer of pianos. “In China, Western classical music is still ­considered one of the great arts and part of the necessary education of a modern identity,” says Thien. 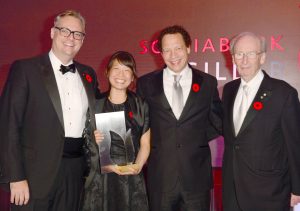 Beethoven and his “Emperor” concerto are only two of the musical themes in Do Not Say We Have Nothing. “The big one has been the Goldberg Variations,” says Thien, who began listening to Bach’s ­magnum opus to block out noise in the Berlin café where she was working. “It starts off so simply; the motif is in the bass line. It’s not the first melody that you’ll pick up. As it moves through its variations and canons, it gets reworked in so many different ways and makes you feel so many different things, from amazing lightness of spirit, to ­profound sorrow, sometimes mixed in together. And then at the end we return to the same aria, but we’ve been completely transformed. I thought it was a beautiful structure for a novel, starting with something so ­simple, a little girl and her mother, a lost father, and then ­reworking its variations in more complicated ways, so that by the time we get back to her at the end, we’ve been completely changed; we’ve made some little detour through the universe.”

Another important work is Shostakovich’s Fifth Symphony, a work that was composed under Stalin’s reign of terror, under intense scrutiny from censors who demanded the composer simplify his work. “The communist committees that had to approve the works and were waiting to criticize Shostakovich could hear the reformed Shostakovich that they wanted to hear, the one that was giving music to the revolution, but the individual people could hear the tragedy and the loss and the catastrophe, and so it spoke those two languages at once,” says Thien. “[The Fifth]  starts simply; you feel you know what kind of ­revolutionary symphony this is going to be. But by the time you get to the third movement, and you keep hearing those repeated motifs, it is the most sorrowful …” Here, she pauses, becoming emotional: “It barely survives its third movement, I sometimes think. It’s so incredibly beautiful, painful, beautiful – I keep going back to ‘beautiful’ but it is a beautiful piece of musical writing.”

Many readers have wanted to see art as salvation in the novel. Thien says, “I don’t know if it is. I think it’s a relationship that [these ­characters]have, a kind of love. You could say they’re salvaged by love because it gives them faithfulness to something in times of so much ­betrayal. It gives them a way of thinking that is a form of salvation. It gives them a form of privacy. But they have to either save themselves or give in; I don’t think art can save them.”

To make and to consume art is, ­according to Thien, a fundamentally political and transformative act. “[Art] opens this space inside ourselves where we imaginatively live other lives, listen to other sounds, give ourselves over even to sounds we don’t feel comfortable with: the much more dissonant, the much more ruptured ones. And even if it’s not dissonant, even if it’s something that feels more familiar and lush, still we have to give our attention to it. We have to listen for its patterns; we have to be quiet. And I think that is also political, to be silent.” Making art helps us understand our contradictions. Thien explains, “Even what we think we’re saying can be undercut by things that we, the artists, are not conscious of, but it’s all embedded in our work, because if you’ve given in to the work, it’s saying things that even you don’t quite understand. Often it’s out of tune with the times. And that’s its value.”

In a changing political climate in the West, both the novel and the novelist have plenty to say about the dialogue between politics and art. “We take [freedom]for granted, and I think in North America the art has often gone in a more self-engaged way: very much about the ­individual, and not very much about society. I think in places where that freedom is so fragile, artists think a lot about society, about the smallness of their voice and their insignificance in this wider political and historical moment. There, art is never ahistorical or apolitical, ­because to speak is to be political. And I think that is happening here, because when your back is up against the wall, you think about what it means to be able to choose the words you want to use, to have the freedom to say them, and you feel you have an obligation to your ­fellow citizens to speak when they can’t. I think that is going to be part of our present. I hope it will.”

Thien has already started work on her next novel: “This is going to be a ‘write differently’ kind of book. It’s much smaller, more intimate. I’m pretty sure it’s about women’s lives and I might draw from dance, because I danced for so long. But it’s a very different kind of book. It’s scary, this one. But that’s a good sign.”