Two key figures in the music world departed within the space of two months in 2016: Pierre Boulez passed away on January 5, and Nikolaus Harnoncourt on March 5. Both were universally known as two of the greatest conductors of the past 50 years. Their work was far from restricted to conducting, though. Boulez began his career as a composer; he also founded many music institutions and was an outspoken advocate of contemporary music. Harnoncourt went back to the roots of period instruments, especially in Baroque music performance. In addition, he wrote several books about music.

Both musicians became conductors when their careers in music were already well underway. Boulez had no choice but to step up to the podium; his music was so complex that no other conductor could lead it. His repertoire was limited when he started out, wiping the slate clean as if past compositions, even the most recent, had little to tell us. Harnoncourt, however, took on conducting to rebel against contemporary Baroque music performance practices (he was a cellist with the Vienna Symphony). He criticized performances with large-scale symphony orchestras that were unknown to Baroque composers, which featured excessive string vibratos, heavy and unclear sound, and what he considered to be a lack of rhythmic liveliness. 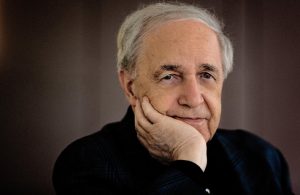 I was a Montreal-based record shop owner from 1970 to 1986. I vividly remember seeing vinyl records featuring Pierre Boulez as the conductor of the Cleveland Orchestra or New York Philharmonic – records that were of very little interest to critics or the public. Some concertgoers thought his performances were emotionless, but they weren’t: they were simply different. He sought to bring out clarity in musical phrases, rhythmic accuracy, and dynamics in each of the sections of the orchestra. Boulez gradually expanded repertoire, starting with recent composers and travelling back in time with Schonberg, Berg, and Webern; and then Stravinsky, Bartók, Debussy, Ravel, Mahler, Berlioz, and even Beethoven. He eventually opened his horizons to Haydn and Handel. His expanding repertoire, his work with large orchestras, and contact with wider public circles all had an impact on his conducting, which became more flexible, though he didn’t move away from his search for objectivity. 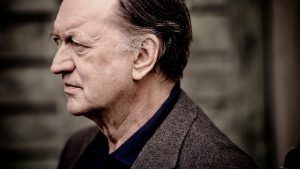 I also remember recordings featuring Harnoncourt as the conductor of Concentus Musicus Wien, an ensemble he founded in 1953 to bring back period instruments in 18th-century performance practice. This was about technique and aesthetics. It was crucial to master period instruments so they would appeal to audiences accustomed to the smooth sound and technical virtues of modern instruments. “What on earth are these cackling instruments that sound like we’re hunting?” many people scoffed. Mastering the instrument went hand-in-hand with developing aesthetics needing faster tempi, lighter sound, and punchier rhythms. Emotions sprang up following this new mastery. It was as if a layer of dust had been removed from these compositions. Like Boulez, Harnoncourt expanded his own repertoire as a conductor, but in the opposite direction. He began with Monteverdi, Bach, and other Baroque composers, making his way to Mozart, Beethoven, Brahms, and Bruckner, and leading up to Gershwin’s Porgy and Bess in 2009. Harnoncourt conducted large symphony orchestras and moved toward a broader public that was rediscovering liveliness in earlier musical periods. His style also changed and saw smoother rhythms and warmer sound. The symphony orchestra was lighter, though it did not lose the unique strength found in a large ensemble.

These two conductors, even with their differing personalities and career paths, became regular guest-conductors for the Vienna and Berlin Philharmonic Orchestras towards the end of their careers, making them two cornerstones of a great tradition in classical music performance. A change had taken place: orchestral music had freed itself from the so-called Romantic performance of the first half of the 20th century, which was recognizable by its over-the-top, massive sound and its search for solemnity, which erased contrasts and rhythmic liveliness.

Boulez and Harnoncourt had an enormous effect on past and present-day conductors.

Listen to Kent Nagano conduct a work by Beethoven and you will immediately feel the effect of period instruments and the aesthetics conductors like Harnoncourt stood by. Works by Beethoven sound light, quick, and lively – and draw in the listener at once. Boulez’s intellectual integrity with the score, accuracy in conducting, and development of sound structures have inspired many conductors and contributed to technological evolution and performance aesthetics.

The evolution of music performance is dotted with people who knew how to highlight the richness of works to continue inspiring us, centuries after their composition. Pierre Boulez and Nikolaus Harnoncourt were instrumental in this evolution, and the worldwide appreciation for their significance as conductors is their legacy.