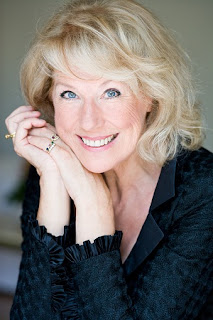 Canadian soprano Edith Wiens gives masterclass at University of Toronto
Now that both the Canadian Opera Company and Opera Atelier have wrapped up their successful fall seasons, operatic offerings aren’t as plentiful this week.  However, I can heartily recommend the masterclass given by retired Canadian soprano Edith Wiens.  A native of Saskatoon, Saskatchewan and the daughter of a Mennonite preacher, Wiens graced the international concert and opera stage for a quarter century, delighting audience with her crystalline tone and aristocratic stage presence. I had the pleasure of interviewing her two years ago in Munich, on occasion of her receiving the Opera Canada Award (“The Rubies”). An articulate spokeswoman for the arts, she was absolutely delightful and is totally dedicated to passing the torch to the next generation of singers. Wiens has since moved to New York where she is professor of voice at the Juilliard School. This Monday (Nov. 5) Wiens will be in Toronto to give a masterclass to voice students at the U of T Faculty of Music.  This is a not to be missed event and it’s free!  It takes place at the MacMillan Theatre from 4:15 to 6:00 in the afternoon. http://www.music.utoronto.ca/events/calendar/mc1105.htm?ViewMode=View&DateTime=634877280000000000&PageMode=View 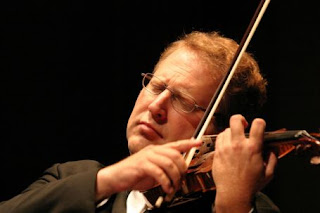 Israeli violinist celebrates his 50th anniversary on the stage of Koerner Hall
The great Israeli violinist Shlomo Mintz is celebrating his 50th years on stage in a concert with the Ontario Philharmonic, under the baton of conductor Marco Parisotto. Mintz plays the Tchaikovsky Violin Concerto in D Op. 35.  Also on the program is Tchaikovsky’s Symphony No. 5 in E Minor Op. 64.  This important concert takes place at Koerner Hall on Tuesday Nov. 6 at 8 pm. For more information, go to http://rcmusic.ca/ 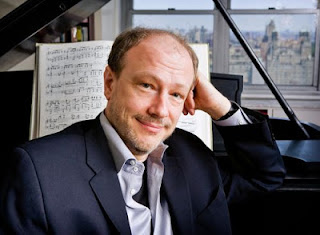 French Canadian pianist Marc Andre Hamelin is making a welcome return to Toronto, this time in a chamber music recital with the famed Takacs Quartet  On the program are works by Schubert, Britten and Shostakovich, this last with Hamelin joining the Takacs forces in the Piano Quintet. Saturday November 10 8 pm at Koerner Hall.
http://performance.rcmusic.ca/event/marc-andr%C3%A9-hamelin-and-tak%C3%A1cs-quartet
Canada’s premiere early music group, the Tafelmusik Baroque Orchestra, won kudos for their playing in the just concluded Der Freischutz for Opera Atelier. I saw the last performance and thoroughly enjoyed it.  This week, Tafelmusik is presenting Mozart’s World, a concert of Mozart and his contemporaries, with Gottfried von der Goltz as guest director. The program includes works by Mozart, Haydn, Franz Beck and Joseph Martin Kraus. Of particular interest is Mozart’s Violin Concerto in A, K219 where we get to hear the solo playing of Maestro von der Goltz.
five performances daily Nov. 7 to 11 at Trinity St. Paul’s Centre. Starting time varies so consult
http://www.tafelmusik.org/concert-calendar/concert/mozarts-world
If after Il Trovatore, Die Fledermaus, Der Freischutz and Rigoletto you still need an opera fix, Opera by Request, a singer-driven organization headed by pianist William Shookhoff, is presenting Don Giovanni on Nov. 9 7:30 pm at the College Street United Church, 452 College Street in downtown Toronto.  http://www.operabyrequest.ca/upcoming/index.htm