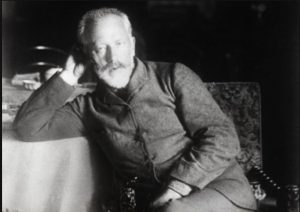 In this second of two Russian programs this season, Peter Bay and the Austin Symphony offered works by Tchaikovsky, Prokofiev and Rachmaninov, studiously avoiding the warhorses and settling instead on a decidedly odd assemblage of pieces. Tchaikovsky and Prokofiev were represented this evening by their least successful concertos, and excerpts from Tchaikovsky’s Sleeping Beauty ballet were presented in an emasculated form, devised by Igor Stravinsky no less. It was left to Rachmaninov’s Third Symphony to raise the standard and save the day. While Rachmaninov’s last symphony was not well-received at its premiere and continues to be overshadowed – deservedly so – by his Second Symphony, conductor Peter Bay and his orchestra made perhaps the best possible case for the piece.

Guest soloist Olga Kern, a Van Cliburn Competition Gold Medal winner (2001) now in great demand throughout the world, demonstrated formidable technique and a glamorous stage presence in both the Tchaikovsky and Prokofiev concertos.

Tchaikovsky’s Third Piano Concerto, basically an unfinished work, has only one movement; had the composer not died soon after completing that movement, he would almost certainly have revised it and added a second and third. The surviving movement is little more than a pastiche of melodies, some of them decidedly undistinguished. 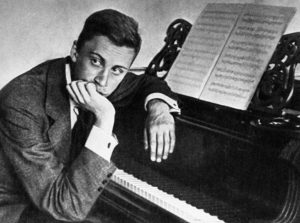 Prokofiev’s Piano Concerto No. 1 is an early work, written when the composer was only 20 years old. Unlike the Tchaikovsky Third, this concerto was designed to be one movement, along the lines of the Liszt concertos, with the opening theme returning at the end. Although it contrasts grand and playful gestures, ultimately it pales beside the composer’s second and third piano concertos. Olga Kern did what she could with it and was rewarded with a warm ovation that demanded and received an encore.

Between the two concertos, Peter Bay and the ASO offered some brief excerpts from Act 3 of Tchaikovsky’s Sleeping Beauty ballet score, as arranged for small orchestra by Stravinsky. The excerpts, although charming and very well played, were too brief to make much impact. The audience seemed unsure what to make of them. I was too. Why so few excerpts and why play an undistinguished reduction when a full orchestra version is available?

Rachmaninov wrote a great deal of music for his own instrument, the piano, but relatively little for orchestra. His Symphony No. 1, composed when he was 24, was a failure at its premiere in 1897. His Second Symphony, written in 1906-07 was, to put it mildly, much more successful. In fact, it is one of his greatest masterpieces. 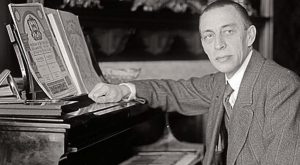 Thirty years went by before Rachmaninov attempted another symphony. Finally, in 1936, he offered the public Symphony No. 3 in A minor. To judge by the style of the new piece, Rachmaninov had paid little attention to developments in music in the first half of the Twentieth Century. There is no indication in the Third Symphony that he had listened to Ravel, Debussy, Stravinsky or Bartok, let alone Schoenberg and Berg. While the Third Symphony dwells in the same late Romantic world of the composer’s Second Symphony, this observation means only that Rachmaninov was conservative or even “old-fashioned,” not that he was a bad composer. In fact, there is both beauty and originality in the Third Symphony, although there are even more of these qualities in the Symphonic Dances composed just four years later. It should also be noted that the orchestra Rachmaninov calls for in the Third Symphony is somewhat larger than that required for the Second Symphony; the composer adds extra percussion as well as harp and celesta.

Rachmaninov was, by nature, brooding and pessimistic and much of his music with its long, dark, unsettling passages nearly always in a minor key, reflects his temperament. The Third Symphony begins in this vein and often reverts back to this mournful mood. That said, it is also characteristic of Rachmaninov that just when the clouds are darkest, the sun breaks through with melodies of glorious rapture. That happens early on in the first movement of the Third Symphony with a cantabile string melody in a major key that is among the composer’s most memorable. 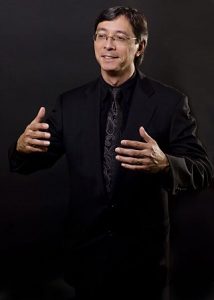 It seems to me that the weakest of the three movements in the Third Symphony is the last. The melodic material here is uninspired and the development of ideas is often unsatisfying. The final pages seem abrupt and perfunctory, especially as compared with the great peroration at the end of the Second Symphony.

Having said all that, while the Third Symphony remains for me a flawed work of art it nonetheless contains much that is beautiful and profoundly moving. Surprisingly, this was the first performance of the Third Symphony ever given by the Austin Symphony. Clearly, conductor Peter Bay believes in the piece and as always he had done his homework and conducted a fine performance, driving the music forward when required, giving full expression to the lyric passages, and clarifying Rachmaninov’s often dense orchestration with great skill. The orchestra, with stellar wind solos and rich tone from violins, violas, cellos and basses, has rarely sounded better.

Paul E. Robinson is the author of Herbert von Karajan: The Maestro as Superstar, and Sir Georg Solti: His Life and Music, Reviews Editor for ludwig-van.com/toronto, and Digital Editor for classicalvoiceamerica.org.  For friends: visit Paul’s podcast, Classical Airs.