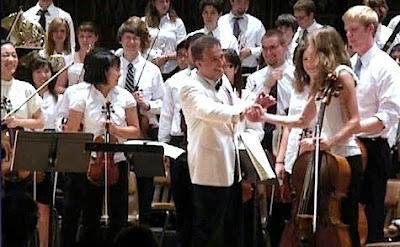 Never underestimate the dreams of a concert pianist – especially those of an adopted son of Texas!