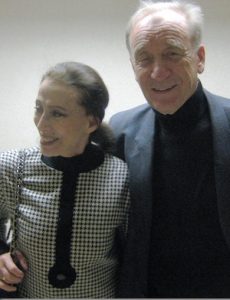 Fortunately, times have changed. Shchedrin’s ballet score of Bizet’s Carmen has enjoyed great success all over the world and has been staged repeatedly at the Bolshoi and by companies elsewhere. The Austin Symphony’s (ASO) concert performance of the piece last week was a stunning triumph for all concerned. Based on tunes from Bizet’s opera Carmen, as well as snippets from several other Bizet compositions, the Carmen Suite is scored for a decidedly anachronistic orchestration consisting of string orchestra, timpani and a multitude of other percussion instruments.

For some listeners, Shchedrin’s treatment of Carmen amounts to a veritable desecration of Bizet’s opera; for others, it provides a fresh look at music that has all but worn out its welcome. Shchedrin is by no means the first composer to try to update Carmen. Since its inception this music has been the subject/victim of more versions and popularizations than one can count. 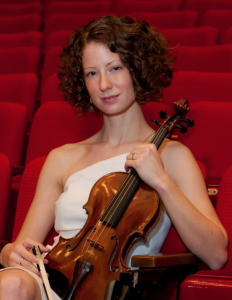 I must confess that Bizet’s Carmen is the popular opera I am least likely to want to hear again. The music is overly-familiar, the story tiresome and the libretto too often risible. Thank you, I have seen and heard enough Carmens. Against this background, the idea of spending 45 minutes with yet another version of tunes from Carmen, did not fill me with keen anticipation.

That said, I must say that this performance made the best possible case for the work, and the strings of the Austin Symphony led by Peter Bay have never sounded better. With Molly Emerman sitting in the concertmaster’s chair while Jessica Mathaes enjoys maternity leave, the violinists had clearly put a lot of work into practicing the tricky stuff and it was a joy to see everyone playing with full bows and really digging into the music. Bruce Williams and his viola section were equally impressive, producing a rich, expressive sound. And how about those four percussionists at the back of the orchestra? Among them they played over 30 different instruments, excelling at each one. A terrific performance of the Carmen Suite – warmly applauded by the capacity audience, despite its quiet ending. This discerning audience clearly knew they had heard some first-class music-making. 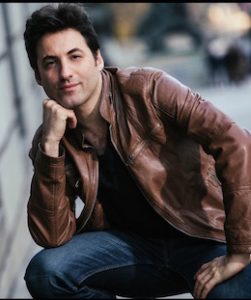 In the first half of the concert, we heard some wonderful string playing from Russian-born Philippe Quint. Here was a handsome dark-haired young man with a flair for fashion (he sported a well-tailored frock coat), a 1708 Stradivarius, and a fabulous technique, playing Lalo’s Symphonie Espagnole with impeccable technique and a glowing tone. With conductor Peter Bay alert to every twist and turn in the score, the performance was a complete triumph.

Quint, who was born in Leningrad (St. Petersburg), studied at Juilliard and now makes his home in New York. I look forward hearing him again.

This evening’s Spanish-themed concert opened, appropriately enough, with Chabrier’s colourful España. Well-played, it could have used an extra dose of exuberance to make its full effect.