You are at:Home»Classical Music»Classical»Otello “in concert” a Major Victory for Austin Opera
Advertisement / Publicité

Austin Opera has been presenting fully staged professional opera to audiences in Central Texas for the past 31 years, averaging three productions per season and maintaining a remarkably high standard; it came as a bit of a shock, then, when the company chose to open its 2018-2019 season with Verdi’s Otello in a concert version.

Generally speaking, standard opera repertory pieces such as Otello, are presented in a full-scale production, complete with sets and costumes, and works that are too complicated or too expensive to stage locally, or operas outside the mainstream are given “in concert.”

Two seasons ago, Austin Opera did a concert version of Kevin Puts recent (2015) opera, The Manchurian Candidate. It made sense to be cautious about spending a lot of money on a new, untested opera that might have trouble attracting audiences; as it turned out, The Manchurian Candidate was a dramatic and exciting piece, very likely to be given a full-scale production in the near future.

Clearly, Austin Opera felt compelled to present Otello in a concert version out of financial necessity, an unusual but reasonable option in the face of which, based on the performance I attended – an exceptionally fine one by any standard – the company emerged triumphant. The cast was first-rate, the orchestra and chorus outstanding, the conductor masterful, and the minimal staging in a small playing area in front of the on-stage orchestra, was insightful and powerful. 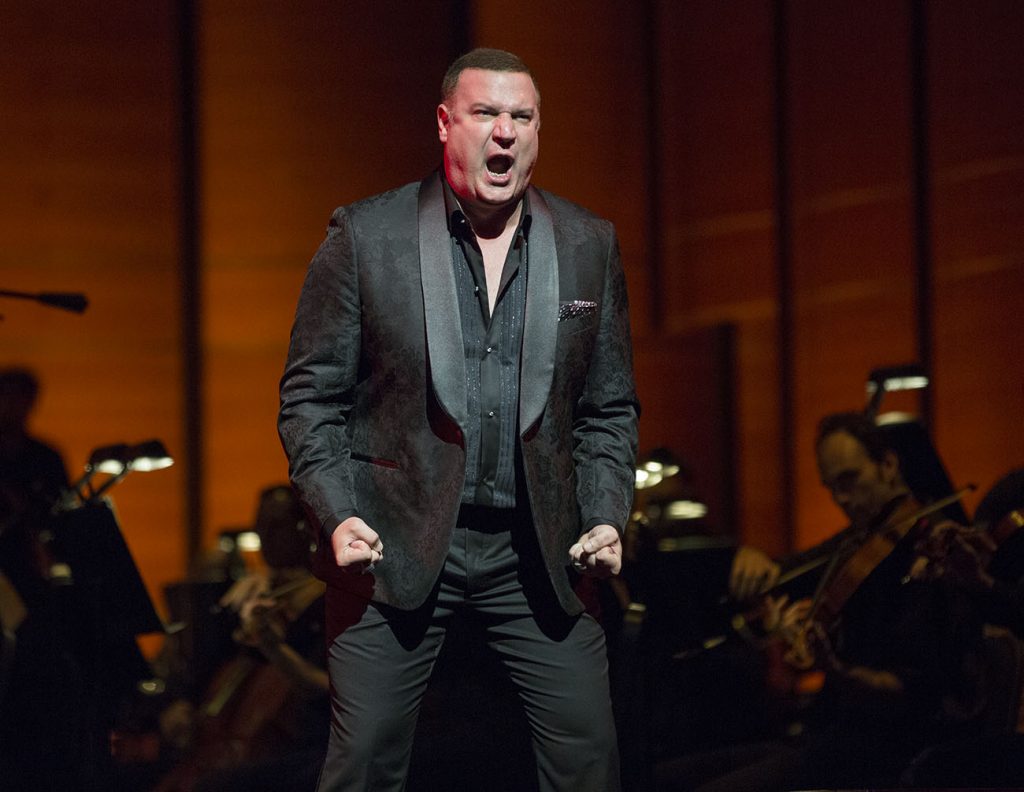 Tenor Issachah Savage (Otello) made his Austin Opera debut in 2015 as Radames in Verdi’s Aida. He has also appeared at the Met, Los Angeles Opera and Seattle Opera. Savage has a beautiful lyric sound coupled with a riveting presence on stage. He was entirely convincing as a proud military man and insanely jealous husband. Baritone Michael Chioldi, a local favorite, has appeared in major roles in five Austin Opera productions since 2013, and should be appearing regularly in all the leading houses in North America and Europe. A commanding figure on stage, his voice is enormous; he was totally credible as Iago, the very incarnation of evil. Soprano Marina Costa-Jackson (Desdemona) sounded a little rough in her opening scene but improved steadily as the evening unfolded. Her “Willow Song” and “Ave Maria” were simply exquisite and heartrending. The voice was pure and the phrasing profoundly expressive. The climactic scenes between Otello and Desdemona were absolutely riveting. 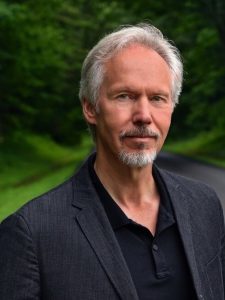 While this Otello was presented “in concert,” it nonetheless managed to convey much of the drama without sets and costumes. In any great opera, it is the music that lies at the heart of the drama and that is certainly the case with Otello. Fortunately, Austin Opera had Steven White on the podium to oversee the musical elements, which he did with a sure hand. Maestro White has one of the most elegant baton techniques to be seen anywhere and an exceptional understanding of Verdi’s music. He elicited extraordinarily fine playing from the musicians of the Austin Opera Orchestra – and from the excellent chorus – who seemed to enjoy giving him their best. The intonation in the double basses at the beginning of the final scene was as precise as I have ever heard it – no mean feat in this unusual piece of scoring. The offstage trumpets played superbly, with impeccable and thrilling precision. Most importantly, Maestro White gave his singers everything they needed to feel comfortable in their roles, shaping the music from beginning to end with detailed and beautiful phrasing.

Discreet but imaginative lighting by Thomas Hase further enhanced the dramatic elements of this opera, especially in the opening and closing scenes. Stage director Rebecca A. Herman used her miniscule playing area to maximum effect. There were few props – a handkerchief, of course, but no glasses in the drinking scene and no bed in the bedroom – but there was never any doubt about where we were or what was going on.

To call this production of Otello a “festive staged concert event” is perhaps a bit of marketing obfuscation, but there is no doubt that Austin Opera created virtue out of apparent necessity. It has been 20 years since Austin Opera last produced Otello. After all this time, it surely deserved a full staging – including the organ in the opening scene; that said, however, on this November night in 2018, we did get great music-making, high drama, and a genuine Otello experience.

Incidentally, I notice that Austin Opera has never performed Verdi’s Falstaff, either in a full-scale production or in concert. Falstaff is arguably the greatest of all Verdi operas and an Austin production has got to be a priority for the near future.